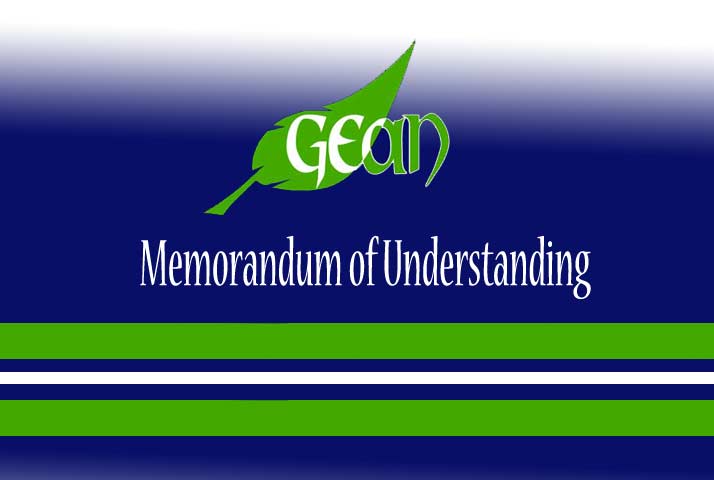 On the initiative of Global Eritrean Advocacy Network (GEAN), and after a series of deliberations, we, the undersigned individuals, civil societies, political organizations, veterans, community and religious leaders subscribe to this memorandum of understanding (MoU) to serve as a basis for:

Having had numerous discussions on the views, programs, and the state of the Eritrean opposition and resistance to the regime, we conclude that the majority of the pro-change civil societies and political organizations:

We, therefore, believe that it is in their best interest that all these organizations form a common understanding of the core principles upon which their programs are based. Further, for the effective and efficient use of our limited resources, we encourage all social and political organizations to coalesce into fewer and larger groups.

We consider the restoration of the rule of law in Eritrea an extension of our historical struggle for independence. Suspicion emanating from the specter of yet another betrayal, especially by the regime’s beneficiaries who now purport to be against it, is well founded and can only be allayed by assuming a clear and principled position on key issues that matter to all Eritreans. We, therefore, consider the following consensually agreed upon key elements as nonnegotiable requisites for peace, stability, and justice in Eritrea.

These rights are articulated in the Eritrean Covenant of 2010 which was ahead of its time and was well received by many Eritreans from all walks of life. Therefore, rather than reinventing the wheel, we incorporate aspects of this well-known document to our understanding of the aspiration and wishes of all Eritreans.

Moreover, it is our understanding that there should be a consensus and broad support for a national accord document that all Eritrean political parties and organizations must pledge their full commitments to abide by and recognize it as the only acceptable path towards restoring democracy and rule of law. We believe the template provided by the Eritrean Accord of 2010 is a good starting point as it services as a model for a clear path towards the restoration of rule of law in the interim and transitional periods of post-PFDJ Eritrea and beyond.

In conclusion, we call upon all pro-change groups to join us in subscribing to this Memorandum of Understanding as a way of building trust and confidence for working together, while giving due consideration to the fears and aspirations of all Eritreans whose rights have been denied by the current regime and its predecessors.

We consider ourselves an interest and an advocacy group that seeks to promote and advance issues we deem central to a just, peaceful, democratic and prosperous (present and) future Eritrea. We are committed to working closely with all individuals and groups that seek to advance these central issues regardless of political, religious or other orientations to garner support, help devise strategies and execute plans to fulfill aspired goals.

To educate, mobilize, organize, influence public opinion and elected officials, empower Eritreans around important national issues and to inspire them to energetically and proactively participate in the national discourse; and to safeguard their aspirations for freedom, peace, equality and justice through equal representation and an inclusive national constitution that represents all sectors of Eritrean society within a free and democratic Eritrea.

GEAN seeks to meet and engage like-minded individuals and groups in sharing ideas, brainstorm best ways to address existing challenges and avert future obstacles as well as share resources, talents, and aspirations. We believe in promoting issues that are factually based, empirically quantifiable, rigorously researched will and do stand the test of time. We believe such factually based and thoroughly researched ideas will help to cement sound and long lasting laws, policies, services and practices.