Posted on November 29, 2022 by Beyan Negash in Articles 0 Comments 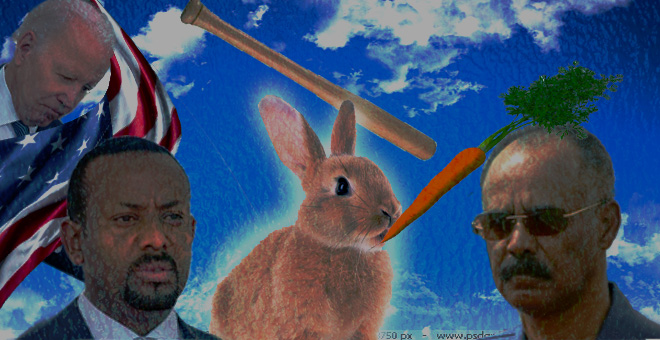 Africans owning and charting their future of hopes and dreams can be understood better when seen through the lens of master and slave narrative that had been made to exist eons back. Consider the history of Africans who were enslaved across the Atlantic shores into the new world. Clint Smith, a poet, captures it succinctly when he says that slavery of Africans and African descendants date back to 1600s. The Emancipation Proclamation took place in the early 1860s. The Civil War concluded in the mid 1860s. The Civil and Voting Rights Acts were signed in 1964 and 1965 respectively. Doing a little math would reveal that – never mind the culturally rooted and traditionally embedded racism of the mainstream America – but the fact is there only have been half-a-century of rule of law and legally sanctioned right that gave African Americans, right that their white counterparts enjoyed since the inception of this nation. Put another way: “…for seven times longer…for 350 years prior…it was fundamentally legal to discriminate against, to dehumanize and to delegitimize the rights of black people in this country.”1

The above – brief – historical background when juxtaposed to the contemporary Ethiopia’s civil war and the narrative arc that Westerners have been narrating of their superiority in their travel writings, it is not that difficult to see how far reaching the embodiment of their control can be. Pratt (2009), for example, insightfully documents in her book, Imperial Eyes for at least since their contacts with Africa and beyond, the West dominated the superiority narrative. What we have been witnessing in the politics of the civil war where Whites (westerners) have been narrating in support of Tigray People’s Liberation Front (TPLF) is an homage to the Westerners’ tradition of superiority over Africans that they only know the panacea to what ails us all. In this article, we will consider three recent pieces written that speak to the ongoing peace implementations between The Federal Democratic Republic of Ethiopia (FDRE) and its northern province governed by the TPLF.

On November 10, two articles with similar themes appeared in two separate journals on the truce in Ethiopia. One by Confort Ero, a British of Nigerian descent president and founder of the International Crisis Group (ICG) in the New York Times calling President Biden to make his carrot thinner and his stick thicker in Ethiopia. We Africans are still chained in bottom decks, unable to come out to the dock by ourselves, gathering from the arguments advanced by this Nigerian writer; she is appealing to the U.S. when the peace agreement, ironically, was chaired by a statesman who hails from her own country. It didn’t even dawn on the writer to write to the person in charge but went straight up to the White (west) world to appeal her plea to the president of the U.S. The master and slave narrative doing its intended job of believing the West is the best.

The second November 10 article was penned by an Eritrean, Dr. Mohamed Kheir, a non-affiliated researcher, coming with an adversely speculative and incendiary thought on how Eritrea could derail the Ethiopian Peace Deal. He presents the Eritrean administration as a troublemaker devoid of any reasoning reduced to grudge despite ample reasons explaining Isaias’s objectives and “interventions” that can be found from reasonable publications even from Isaias’s detractors. By placing every blame on Isaias and considering Prime minister Abiy Ahmed and his administration as Isaias’s marionettes made him lose the objectivity that would be expected from a scholar of such caliber. This is inconsistent with the way the war and the peace process had gone and with manners western players had been controlling the situation from far.

The angle with which we see the origin of Eritrea’s problems determines the strength of the possible solutions we may suggest or could conceivably be obtained. Saying it is Isaias and wanting to grab his neck at any cost is naive, to say the least. Yes, Isaias contributed to Eritrea’s fragility, but he is one component. Let’s take the example of former Ambassador Haile Menkerios’s presentation at the Eritrea Focus conference held on November 21, where we are told of the commotion and chastisement raised by the late Ambassador Adhanom’s question on budget in a meeting of the ruling body. Why the commotion? Wasn’t the same ruling body working for years like that?  How can the generals be fully blamed? They should have been placed in their barracks following the 1991 victory or 1993 referendum. How can one expect different reactions from the same body if there is no diversification and inclusion? The chance that could’ve been made far more inclusive was lost immediately after independence and three decades later it remains far less inclusive. Eritrea was made more fragile when inclusion was lost then. Now Eritrea became more and more fragile due to many hammers hitting it. There is the American hammer; the European hammer; the TPLF hammer; the Eritrea/Tigray coalition hammer; of course, the Isaias’s hammer. All hammers need to cease to make Isaias’s hammer to cease. The pieces scattered all over the world need to find each other instead of making haphazard, coalition of the willing and the unwilling, proximity-friendly coupling forming bitterness congregations or (ማሕበረ መረረ ኩነኔ) everywhere. The Eritrea Focus was right to eye the economy, but we are afraid it chose Isaias Focused hammer instead. There are not enough nails in Eritrea to hammer without considering the fillings, the feelings, and the failings of such incessant hammers that have been humming for over two decades now. Oh, who could forget the now-on and now-off letter writing hammers, paradoxically, is being penned now when Eritrea is at its strongest, militarily speaking. But feelings matter, eh.

We live in a world where feelings are more important than facts, data, and figures; where “alternative facts” run supreme, where an assault on truth and facts run rampant. Consider the world cup in Qatar that has brought all these notions into sharp focus. This small nation made the world notice its impact on many fronts. We may not like what Al Jazeera reports but the point to contend is, a population of less than three million has been able to bring many issues into sharp focus; the role of Al Jazeera demands a separate treatment. The point is that the West tried all it could to steal the World Cup venue from Qatar but weren’t able to, the final tantrum is reminiscent of some disgruntled TPLF supporters trying to find excuses for their utter lack of authenticity. Akin to that, what do these disgruntled Westerners do, cry labor abuse, gay rights lacking in Qatar. The last one is laughable at best. Just as recently as 21 November 2022 an American lunatic shot five people to death in LGBTQ nightclub in Colorado. Where do Westerners want the change instead, in Qatar. Does one go to protect deaths, or to a nation far removed from the West whether it upholds gay rights? Talk about screwed up priorities – the fillings, the feelings, and the failings continue to gallop forward with no rhyme or reason.

So, feelings are more important than facts and figures. Peace is signed between Ethiopia and the TPLF. Some couldn’t stand that the death and mayhem had been made to stop; some people went berserk based on their feeling of defeat in Seattle, Washington where bodies filling the pavements on a freeway for several hours and failing miserably in their urgent feelings to stop the peace process between Ethiopia and TPLF. Facts don’t matter, feelings do. A white man (westerner) describing a black person in the Eurocentric narrative ironically is part of owning both ends of the narration. We are referring here to the “White TPLF,” Ethiopia, and the Negation of Historical Agency. In Borkena. By Leo Okere on Nov 21, 2022. What he describes is not an aberration; rather it is the norm that goes back to how travel writings by Europeans helped provide root to the White (western) supremacist’s attitude toward the rest of the world. Plenty of hammer but not enough nails to nail.

Speaking of the rest of the world, Pratt’s “Imperial Eyes” is an eye opener book, if you will, in which she documents travel writings that played critical roles in the “transculturation” where the feelings and sentiments are replete to be had. Pratt states that “Europe’s differentiated conceptions of itself” gave it a license to determine “the rest of the world”, which in turn permitted it to exploit the rest of the world toward “expansionist trajectory that continues to define and redefine the narrative arc.

The shenanigan we witnessed in Qatar can be seen through this lens: The West cannot stomach a small nation, a nation developing at lightning speed has been able to host such an important world cup. The November 10 articles are read with such a lens, then and only then can a reader see the author of the piece is himself part of the Westerners’ patronizing attitude in the name of caring for Africans owning their stories. So long both spectrums continue to define Africans’ abilities and lack thereof, the White man (western world) will continue to define and redefine us all, essentially owning the narrative. And we are ready to hammer without any conceivable consideration towards what end.

So, the likes of the Nigerian woman and our Mohamed Kheir Omer taking sides to please one side or another, inevitably help contribute to a discombobulated Africa, ሕምስቲ ኣፍሪቃ that cannot move an inch in the trajectory of economic and political stability as defined by Africans for Africans. So, what the Nigerian woman and our Eritrean man wrote are not original in that they are kowtowing to the narrative of the master.

The interest of the West is nothing more than looting Africa’s resources and by golly there always are willing bodies from Africa to furnish the necessary ingredients to continue the white (West’s) supremacist agenda. What TPLF did for 27 years when it was at the helm of political power in Ethiopia is akin to what the individual writers in question are doing in the written world. It is when seen through the lens of Africans taking care of their own affairs that we find absolutely gratifying that the peace talks in Ethiopia seem to be holding while the supporters and detractors keep vacillating from one end of spectrum, feeling-wise, shall we say, like clothes in a dryer tumbling in cycles until the wetness gives way to dryness.

We need to keep going and promoting the peace negotiations to succeed. Meanwhile, the written ramblings, and the rambunctious rumblings in the world of optics will go on without any discernible effect. In all that hot-air trying to confuse the narrative, Eritrea, like its insignia, the camel, keeps striding forward, handling all the hot-air mightily, silently, above all, efficiently, particularly in the peace negotiations.

So, the assumption Mohamed Kheir Omer makes that Eritrea could, should, would derail the peace talks has no basis in facts on the ground. The likelihood of the invisible hands of Eritrea resuming based on the 2018 peace agreement with Ethiopia once the dust settles is highly likely to continue; of course, not with TPLF but with the government of Ethiopia. TPLF, at long last, is reduced to its proper size as a province within a nation and should behave accordingly moving forward.