Posted on October 7, 2022 by Awate Team in Pencil 0 Comments 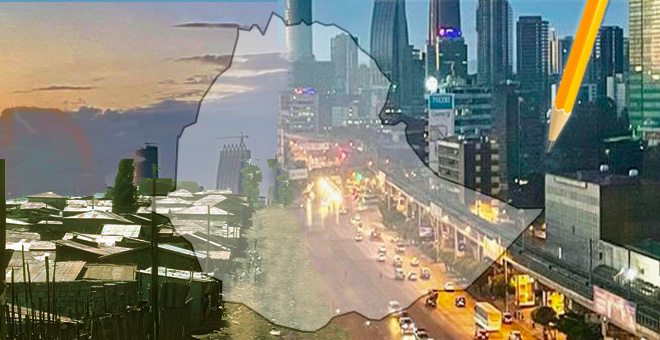 It has been a ticking bomb. It still is a region where the demons require periodic human sacrifices. Not thousands, but tens and hundreds of thousands. The ritual is repeated every generation or two apart. In the Horn of Africa, particularly in Ethiopia, the walking dead are strolling over heaps of decomposed bodies that are fertilizing the ground. It helps the grand scheme of planting trees in Ethiopia.

In the summer of 2021, Abiy Ahmed of Ethiopia launched what he called a “green Legacy.” In the summer of 2022, Omar Hussein, the Ethiopian minister of agriculture declared 10 billion trees were planted and they aimed to plant a total of 20 billion by the end of the year.

Abiy Ahmed warned the media, “to prove if they’re truly friends of Ethiopia [by] preaching about the Green Legacy.” He also said he thinks that will show the “balance between the good and the bad [without hiding] the good” aspects of Ethiopia.

The “2019 Nobel Peace Laureate” warned those “who don’t care about the Green Legacy but only talk about [the] killings, their platform [will] clearly show their identity and intentions.”

Planting 20 billion trees in two years is more than half a million trees daily, come rain or shine. How many million square meters of land that will requires, given the Ethiopian terrain of rugged mountains, desert and farmlands, is not clear. But Abiy must have plans, don’t all leaders have one! However, Addis Ababa testifies he managed to plant many trees. And at the rate Addis Ababa is being “greened”, it’s likely the city will have a public park in every corner.

Addis Ababa is the showcase but there is little exhibit of what is happening in other cities that are overwhelmed by military activities, soldiers and militias marching to the next battle.

The capital city has become an immaculately clean city and it shines like any Western city. Cranes dot the horizon, and many high-rise buildings are popping up in a surprising speed, mostly with Chinese loans. The aggressive construction boom that started more than a decade ago has exploded. Unknown people have become multi-millionaires in a few years’ time, while many others have been squashed to the floor of poverty. Ethiopia has successfully erased the middle-class designation off its vocabulary.

It’s common to see nouveau riche diners in posh restaurants who pay 1200-birr for a kilogram of Brndo, raw beef that they wash down with more expensive whiskey. The Ethiopian delicacy used to cost 30 birr/ kg. when Hailemariam Desalegn was the prime minister. The waiters in the restaurants, like most public servants probably earn the equivalent of the price of three kilos of Brndo every month, maybe four with the tips. They buy palm oil for cooking, probably the worst cooking oil man ever knew, for 350 birr a liter. If the prices show a sign of going up, the waiters who buy a single bread for 7 birr, would probably sell their belongings, or borrow money, to stock palm oil for the yet to come worse times.

Those who dine on Brndo probably drive a Japanese 30-million birr four-wheel drive car, like Isuzu. The poorer buy a ten-year old SUV for 10 million. Of course, they exchange their smuggled dollar for 100 birr. And of course, they sleep in mansions and penthouses, but a few years ago, a one-bedroom apartment (commonly known as condominium) sold for 250,000 birr; now they cost as high as 3 million birr. Ombudsman? There are none.

Wars graduate professional profiteers from all walks of life who stand on the same pedestal with those who became wealthy through legitimate means. They must have toiled all their lives, or were extremely intelligent, or lucky. They could have all three qualities. But how can one explain a shoeshine boy becoming a multi-millionaire in a few years?

A Nouveau riche complained: “it is not fair, throughout my life I worked hard to build my wealth.” That could be right, but life is unfair. Also, sudden wealth invites suspicion.

Unfortunately, there are no civil societies to expose and fight the corruption that is lwidening the gap between the rich and the poor. They never regained a breathing space since they were crushed in 2005.
Now inequality is glaringly clear and scary-huge; one doesn’t need to venture outside the capital to find out. Firstly, it is too dangerous, and secondly, the situation of the poor can be observed in the less fortunate quarters of Addis Ababa. Places considered middle class areas only a decade earlier are now the quarters of the poor.

Judging from the Abiy’s vanity projects in Addis, the government doesn’t seem to care about the inequality that has overwhelmed Ethiopians. A retired foreign diplomat residing in Addis Ababa said, “Despite the war that is consuming the country, Abiy doesn’t seem to run out of vane project ideas.”

The war in the region is spread all over the place, it has been raging for the last two years. Dots of war fronts covers all the country, and battles show in broadcast maps like firecrackers. They are wasting the already meagre resources of the region, particularly Tigray. Immense human, material and social loses will cripple the region for many years to come. Ethiopia and its neighbors are entangled in an episode of the traditional cycle of shedding blood for the demons. And remember, this editorial is the first of a series covering several knotted topics in the region. And though it is not about the two-year old war, the next one, could be, after the Ethiopians return from peace talks in South Africa.

The Nobel Laureate Abiy Ahmed is focused on making Addis Ababa a showcase better than it is now. Billions was spent on making it so shiny and meticulously clean that the poor in the peripheries must be feeling rich by extension. It seems the god of the prosperity party bestows prosperity only on the small circle of profiteers who rub shoulders with the saintly congregation of the prime minister. That is illustrated by the sharply dressed pastors who claim god talks to them frequently, and they have tricks, a little more sophisticated than that of a remote village sorcerer.

Welcome to Ethiopia where the sun has ceased to shine.