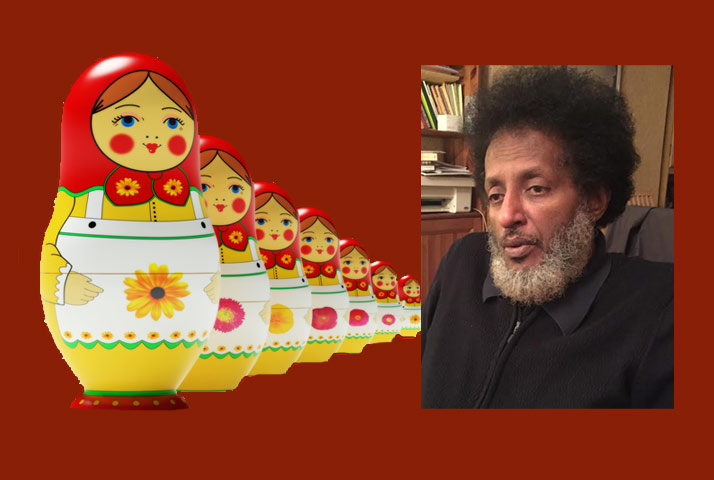 Many of us living overseas have conducted ourselves in such a way that we remained true to our Eritrean heritage. We unswervingly rallied behind the preservation of the very spirit that sustained the independence struggle. We, overwhelmed by the spirit of the ‘gedli’ era, cherished liberty as a heritage of all Eritreans everywhere as we stood in awe of our martyrs. The key point, however, is that this major historical event somehow involved us as individuals thus shaping our lives, as later experiences would receive meaning from those early phases.

After the long independence struggle came to an end, we unquestioningly supported the new government as it staggered while taking its first steps. We immersed ourselves into the surge of optimistic idealism, a promise of a new kind of future for Eritreans. Unfortunately, it did not take long for our optimism to evaporate due to a sluggish tempo of change. Gradually the government began to show its true colours. Even then, sometimes I wonder why that era made us so stern and uncompromising individuals or impractical dreamers.

As we detected the sprouting and spreading of despotism, we embarked on a new journey to instigate renewed struggle for justice. As outsiders, belonging to the peripheral community, we did not expect smooth sailing. However, that magnanimous journey was commendable; and it has indeed been fruitful. Only to some extent!

There comes a time in our lives when we come to realise that we need to make an appraisal of the recent past in order to bring our ways up to date. Looking back, it has become apparent that we got carried away, perhaps by the digital revolution, as we grew seemingly bolder and bigger as individuals instead of nurturing our interdependence skills. I believe campaigns such as ours make little sense without interdependence.

With time we sought comfort in activism – we made friends amongst ourselves, created networks of relationships, lectured to one another as we continued to break-up and make-up; and at times we went as far as building barricades between ourselves. In fact, there were occasions when we, disregarding the overall aims of the struggle, ended up attacking one another from behind those barricades.

Our vulnerabilities became apparent as the badly coordinated campaigns went awry. The unsystematic approach became the Achilles’ heel of the movement, which in turn ushered in a set of ungainly moves with blurred vision. The networks that we have created became both dense and unfittingly interlocked. Those lapses have created confusion, killed creativity, curtailed initiatives and impeded progress. Consequently, we were unable to make serious inroads into developing a winning strategy, an inadequacy that emboldened government apologists to stay alive. To put it bluntly, we are likely to become irrelevant if we continue to fall short in rendering our wrangling down.

I would like to avoid spouting banalities for now and inject an argument that might give this article a bit of life – perhaps specificity. Let’s start with the admission that as our movement became broader and new groups joined the campaign overall discipline went downhill, and our reckless activities led to crises and stalemate situations in which we ended up paralysing ourselves.  I wish we were progressive enough in our attitudes, aspirations, and drills to escape from and to contain the arresting developments. What I am trying to say is when the regime and its apologists ‘went low, we should have gone higher’. The question we should ask ourselves now is how we should spare ourselves from additional self-inflicting injuries.

As We Race against Old Age …

The most ‘unexpected’ thing that happened to many of us is the fact that the aging process caught up with us. We are not young and energetic anymore. However, as the years get shorter and the days longer, so to speak, ‘we continue to hold to the hope, the belief and conviction that there will be a better life for Eritreans beyond the horizon’[1].

“They were people whose lives were slow, who did not see themselves growing old, or falling sick, or dying, but who disappeared little by little in their own time, turning into memories, mists from other days, until they were absorbed into oblivion.[2]”

The above axiom does apply to many of us. I believe, as much as we would like to remain in the process of active aging, it’s time we took our frailties into consideration and made ourselves useful by changing our tactics. How about ushering in changes to the obstacles that have impeded us to link up with our young people, the tragic post-independence generation – a feature that has revealed a set of serious shortcomings in our approach?

The case of the so-called Young Peoples’ Front for Democracy and Justice (YPFDJ), children of party members and government supporters, is a good example that depicts the link-up technique. Theirs is, of course, of the negative kind due to their relationship to the instruments of oppression. The group, with their dispassionate logic, have developed a subculture of sorts which defy logic. Actually, they can be described by the Russian-Nesting-Dolls theory – created in the image and soul of the larger doll. Its followers are systematically plugged into the womblike cavity of the party.

Those behind YPFDJ’s campaigns silence critical thinking amongst its young followers. The organisation uses the tenets of ‘deafness, muteness, blindness’ as its modus operandi in the face of clear abuse of power. It is one of the tentacles of the government’s propaganda system. In essence, the young members have learned, with ease, how to deal with impropriety by turning a blind eye or by ignoring an evil that they come in contact with. The approach has infected the judgment of its young followers so much as to allow injustice to flourish unchallenged in Eritrea and communities abroad  Sadly, as long as the tribal mentality within the YPFDJ remains unexamined, its members unwittingly will subject themselves to the regime’s dictates. Their campaigns do not espouse strategies of liberation. The regime has successfully mobilised and deployed its surrogates to fulfill its underhanded undertakings.   That is not the kind of link-up tactics we want to employ in liaising with our young in our campaigns; but a dynamic, genuine and nurturing link-up based on the universal basic rights of people. Effective strategic action can certainly come when the youth are actively involved in campaigns for change.

We know that the expansion of higher education has been thwarted by the government in Eritrea deliberately. And that is due to the fact that educated youngsters develop the appetite to challenge regimes that suppress them. That is why the youth in Eritrea are made to remain in perpetual national service and are made to engage in endless, intoxicating festivities and escapades. The youth cannot aim higher because they are denied opportunities for upward mobility. According to Prof Jack Goldstone, the renowned sociologist, and political scientist, ‘youth bulge’ is one of the causes of a revolution – that occurs when the expansion of educated youth far exceeds opportunities for personal development. That is why the government is ‘diffusing’ potential youth uprisings by ‘regulating youth bulges’. The result is increased exodus.  Thus Eritrea has become a top refugee producing country in the world … after it gained its independence!

In our campaigns, we assumed that if we denounced and protested against the authoritarian nature of the regime strongly enough, political and social changes will somehow follow.  Well, time has proven that we overestimated our efforts – we know now that more is needed to effect change. One of the glaring oversights is that we failed to link up with the tens of thousands of young Eritreans who have fled the country.

I realise the weakness of this discourse is it does not offer a practical solution to a complex problem. Perhaps I am keeping myself aloof from the real issues. However, the attempt is to exercise introspection. I believe self-reflection alone is not a solution, but at least it raises questions that we should ask ourselves regarding our roles in this campaign. How can we help the lost generation, the generation that came of age during post-independence Eritrea, overcome the meaninglessness of their lives?  How can we help them rebuild their lives? How can we help them escape the cul-de-sac they have landed in and forge new pathways into the future?

In this struggle of ours aging actors dominate the scene. However, there is one wonderful thing we, the older generation, can do now; that is to put ourselves at the services of the young.