Posted on November 4, 2013 by Mohamed Edris in Articles 190 Comments 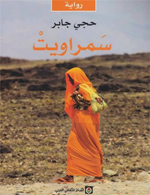 Samrawit is an Arabic novel written by the Eritrean novelist Hajji Jabir who works as a journalist in Aljazeera Channel. The novel is in its third edition and it won the 2012 Al-Sharqa (Arab Emirates) Arab Creativity prize.

“Searching for Eritrea” is the subject matter of the novel. Apparently Hajji chose this subject over other subjects because “who is not is looking for Eritrea now?”  An Eritrea where human rights, freedom of speech and the rule of law are respected?

Hajji tells us the story from Omar’s point of view. The character of Omar is an Eritrean who lived in Jeddah, Saudi Arabia where his family immigrated when he was a child.  Growing up in Jeddah wasn’t easy for Omar; he was always reminded that he is foreigner, even though he spoke like a Saudi and worked as a journalist for the wellbeing of Saudi Arabia. But Omar knows who he is: he is an Eritrean. He dreams that one day Eritrea will be free and he would go and live there with respect and dignity.

Samrawit’s setting takes us back and forth between the present and past, between Eritrea and Saudi Arabia. The former setting is about “discovering”; and the latter is about “being discovered”. In Eritrea Omer discovered that the Eritrea he dreamt about doesn’t exist. In Saudi Arabia, he tried to live, think, talk and act like a Saudi but that didn’t help him to be accepted. His Saudi acquaintances didn’t accept him as one of their fellow citizens. There is no such as an Eritrean-Saudi; he’s just another foreigner.

Hajji’s primary audience are Eritreans and Saudis; he attempts to show how they think about each other. Written in formal Arabic, the dialogue between the characters in Samrawit also includes the Jeddah-Arabic dialect. The writing style of the novel is beautiful and is coherent. Hajji used original and clear words; the form of the sentences are forceful and fluid.

The author’s main ideas are well organized: what does Eritrea and Saudi Arabia have in common? The abuse of Eritrean citizens. In Saudi Arabia an Eritrean is a foreigner at the mercy of a Saudi sponsor and abused. In Eritrea he is a citizen at a mercy of the Eritrean government, and is abused. In Saudi Arabia Eritreans can’t send their children to school. They can’t work if they don’t have residence permit (Iqama) and can’t have residence permit if they don’t have work. For Eritreans, life in Saudi Arabia has become unbearable. In Eritrea children can’t complete their schooling; they are sent to a military camp, mainly SAWA. They can’t work and live freely; due to that, young Eritreans flee their country.

Another important point Samrawit raises is the issue of official languages in Eritrea. The policy of the Eritrean government towards Arabic is obscure. On one hand, the government issues an Arabic language newspaper, on another hand, it makes it difficult for a wider public access. Omar can’t find Eritrea Al-Haditha newspaper in the heart of the capital city of Eritrea. He also discovers the content is treated differently on Haddas Ertra, and Eritrea Al-Haditha, respectively; Tigrinya and Arabic government owned newspapers. Issues are addressed in more detail in the former than the later.

In addition, in Jeddah where Arabic is the language of communication between Eritreans, the Eritrean government representatives impose Tigrinya as the language of a communication in their public meetings, although they know that the audience understands Arabic more than Tigrinya. That is followed by persons who translators what was  said in Tigrinya into Arabic; as a result time is wasted and the meetings become boring.

Samrawit carries soft criticism towards the government of Saudi Arabia and its unspoken policies. It also mentions the Saudi culture that affects Eritreans to a great extent.  Neither the Eritrean government nor the opposition has attempted to ameliorate the issue of Eritreans living in Saudi Arabia. Why can’t Eritreans working in Saudi Arabia not enrol their children in a Saudi school? Eritrean women abused by their Saudi sponsors?

Moreover the issue of drawing a line between Islam and Saudi culture was well addressed in Samrawit. Some Eritreans raised in Saudi Arabia can’t differentiate between the two. That has created problems among many Eritrean Muslims. I salute Hajji for addressing those issues in his first novel and I recommend Samrawit to those Eritrean Muslims who mix Saudi culture with Islam.

The theme of Samrawit is a search for identity. How can Omar, who is searching for his Eritrean identity say  “I am an Eritrean”, when, his criticism of human rights abuses and absence of freedom of speech and rule of law in Eritrea are seen negatively by the government and its supporters? These values are also part of his identity; the duality forces him to choose between those values and his identity; he is forced to leave Eritrea.

Omar loves Samrawit Abraham W/Mariam, but though she loves him as well, she can’t marry him because her parents don’t allow it. Marriage will distract her from caring for her ill Lebanese mother. As a result, his love is lost. Omar loves Eritrea, but hardly finds it. His love for democracy is rejected and he is told his kind of love will destruct others from building and protecting the nation.

Samrawit is an interesting novel. It is another asset to the Eritrean literature. The characters are very bold. For Omar, the good Samrawit is the good Eritrea. And the good Eritrean people are symbolized by the good Zewditu that he hardly finds her. Where are the good, brave and wise Eritreans? Are they, including Zewditu, in prison or living as refugees elsewhere? Why can’t we know the whereabouts of a missing Eritrean?

Hajji says, as a writer you have to give equal and balanced opinions of the opposing sides. Throughout the novel the pros and cons of the  Eritrean government are given equal space. Through Omer, Hajji searches for the truth and he reaches out to both sides and leaves the judgment to the reader. Omar challenges a person who opposes the government when that person based his argument against the government on untrue information.

But Hajji left us without answering the big question: how do we affect a political change in Eritrea?

The only answer to this question comes from Saeed who is a disabled veteran combatant who sees that fixing the front is the answer, not destroying it. Hajji didn’t address other alternatives such as peaceful resistance, revolution or a coup d’état.

Hajji has raised awareness about the conditions of Eritreans living in Saudi Arabia, drawing a line between Islam and Saudi culture, and being clear about the official languages in Eritrea.

Sudan has come with new policies to benefit of Eritrean refugees; Saudi Arabia should follow Sudan’s example or the UNHCR should accept political asylum seeking Eritreans in Saudi Arabia. But Hajji doesn’t present an alternative for Eritreans living in Saudi Arabia.

Currently there is no official document stating that Arabic and Tigrinya are the official language of Eritrea. Even the dormant Eritrean constitution doesn’t state that.  In addition Hajji doesn’t give us the opinion of the other characters in the novel, including Samrawit, to this important matter.  It was important to know their opinions because they represent diverse groups.

I would like to end this article where Samrawit ends:

Jeddah is passing ….it grew in me and its words come out from my body
The Al-Nazla neighbourhood is passing… for sure it has lost its old face
Massawa is passing  ….and it is on the verge of being buried alive
Zewditu is passing … and she is not coming back regardless of my mom’s prayers
Samrawit is passing ….a nation survived to end my homesickness for a while
It is regretful, even the nation has become like us…an emergency matter.