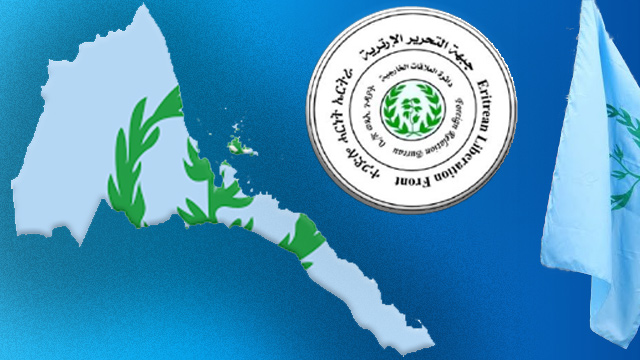 In its statement, the ELF said the eight-month war led to the “destruction and displacement of defenseless citizens from their homes.” It added that the Eritrean forces, “under the direct orders of dictator Isaias Afwerki” sided with the Federal government forces in its confrontation with the forces of the forces of Tigrai and was an external interference that cast its “shadow on political and security situation in the region.”

The ELF statement also mentioned that the decision of “the international court on the border between Eritrea and Ethiopia is still not implemented by the Ethiopian side despite the peace agreements announced by the Ethiopian Prime Minister Abi Ahmed when he assumed the reins of power in his country.”

On July 8, 2018, Isaias Afwerki and Abiy Ahmed’s regimes in Asmara, later signed in Jeddah and Abu Dhabi. Hailed as a peace maker, Abiy Ahmed was awarded the Nobel Peace Prize. However, two years on, the Nobel laureate in collaboration with the Isaias Afwerki of Eritrea started a war in the region and caused unprecedented humanitarian, political, and economic sufferings.

Several humanitarian organizations are struggling to ameliorate the consequences of the atrocities, rape, famine, and displacements that befell the Tigrayan civilian population due to the wars and atrocities.

The ELF called on the two warring sides to  resolve their “differences through dialogue” mentioning that the announcement of [the] ceasefire is a step in the right direction.”

The statement also said that Isaias Afwerki and his lieutenants are solely responsible for the interference of the Eritrean forces “in the internal conflict in Ethiopia [a decision that] does not represent the Eritrean people and its forces,” and “plunging our sons into a war that does not concern them is a war crime” and the culprit is “the tyrant and his aides.”

The ELF also condemned the reported crimes “committed … against the brotherly people of Tigrai […and] does not reflect the morals and values ​​of the Eritrean people that has ties of kinship and neighborliness with the Ethiopian people and the Tigray people in particular.” And that relation “will remain deeply entrenched.”

The statement called for the “establishing foundations of peace between the two brotherly peoples through a transparent international investigation into the crimes attributed to the Eritrean forces.” It also called, “the implementation of Decisions of the International Court regarding the demarcation of the borders between the two countries.”

The ELF also mentioned that “thousands of Eritrean refugees live in Ethiopia, especially the Tigray region, and they have been subjected to oppression and repression by both the Ethiopian and Eritrean forces and we call on all concerned parties to provide them with the required protection and care.”

It asserted, “since Isaias Afwerki forced the Eritrean forces to take part in the war, he bears the legal and moral responsibility to appeal to the Tigray Regional Government to respect the rights of the prisoners of the Eritrean Defense Forces to treat them according to international conventions and hand them over to the International Red Cross.”

The statement called on the Eritrean Defense Forces to align themselves with the Eritrean people and bring an end to the confiscation of “the rights of our people and exporting terrorism to countries of the region.”

The press statement concluded by affirming the ELF’s “firm position on the necessity of joint action by all Eritrean political forces and civil society organizations to accelerate the process of change, [to] ensure the security and stability for our people and our country.”

The Ethiopian conflict was simmering since April 2018 when Abiy Ahmed became the prime minister of Ethiopia, and on May 3, 2020, it reached a critical point after the Ethiopian House of People’s Representative canceled the General Election, scheduled for August 29, 2020, due to the Coronavirus pandemic.

On Sept. 9, 2020, Tigrai conducted its regional election against the wish of the Federal government which threatened it will not recognize the Tigrai elections. However, despite the threats, the Tigrai government elected its representatives.

On Nov 4, 2010, the Federal government declared war to unseat the government and arrest its members whom Abiy Ahmed declared terrorists. Ethiopian security forces pursued Tigrayin leaders and soldiers and managed to kill several senior TPLF leaders and arrested others. The bulk of the Tigraian forces, however, withdrew to the countryside saving their remaining resources and started a resistance war. And eight months later, on June 28, 2021, the Tigrai government forces successfully defeated the Federal forces occupied Mekelle, the capital city of the Tigrai region.