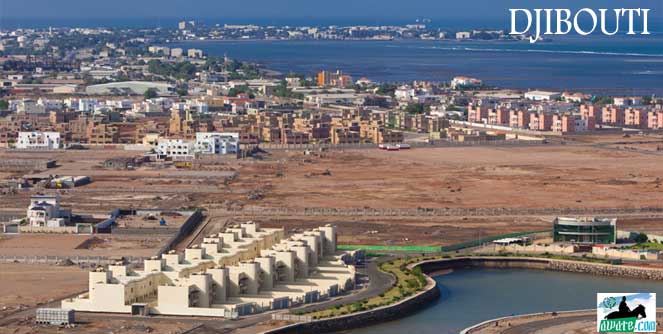 In a press release issued on Thursday, the Djiboutian government said, it “has decided to proceed with the unilateral termination, with immediate effect, of the concession contract awarded to DP World for the operation of the Doreleh Container Terminal (DCT).”

For the last 6 years, unfruitful negotiation between the two partners continued for a renegotiated settlement of the deal that Djibouti considers unfair and sovereign.

In a patronizing language, DP World said the partnership with Djibouti “has yielded hundreds of millions of dollars of direct and indirect benefits to Djibouti and enhanced its attractiveness as a leading investment destination in East Africa.”

UAE news reports echoed the same language stating that DP World “is the largest employer and biggest source of revenue in the country.”

Djibouti insists the contract undermines the sovereignty of Djibouti and that DP World refused to settle the issue amicably “forcing Djibouti to take a unilateral decision to abrogate the concession contract.”

In 2014, Djibouti accused DP World of bribing Abdourahman Boreh, the head of Djibouti’s port authority, to get a favorable deal and started to challenge the contract. But a commercial court in London has exonerated Abdurahman Boreh of misconduct. Boreh lives in Abu Dhabi.

According to Garowe Online, “Djibouti’s richest man Abdirahman [sic] Boreh appeared during a signing event held for [an] agreement signed by Somaliland and [the] Dubai-based firm.”

Some regional politicians also accuse Boreh of engineering the DPW expansion in the region. In addition, Eritrean opposition sources also implicate Abdourahman Boreh of brokering a deal to help the UAE to get a foothold in Eritrea where it has established a military base on the Red Sea shores north of the port of Assab.

After the 1998-2000 Ethiopian-Eritrean border war, in which close to a hundred thousand soldiers were killed from both sides, Assab became off-limits to the Ethiopian economy. Since then, Djibouti has become the main gateway for Ethiopia’s sea trade.

In January 2018, Ethiopia inaugurated the Chinese built modern Addis-Djibouti railway. The new railway decreased the old 3-day travel time to only 8-hours. Transportation on the electric powered 759-kilometer long railway line, built at a cost of US$3.5 billion, is being served by a stock of 41 locomotives, and 1,130 coaches and wagons.

However, DP World has made deals with Somaliland to operate in the Port of Berbera which lies in the Indian Ocean, 150 miles south of Djibouti, and constitutes a direct competition to Djibouti.

Regional politicians suspicious of the UAE’s ambitious military and financial goals perceive the DP World as a facade pushing the UAE’s strategy of expansion in the region. They claim that “by pitting the region’s countries against each other” the UAE wishes to position itself as a perpetual regional patron. They accuse the UAE of having “devised a scheme to have a military and economic control while it watches the regional countries engage in a cutthroat competition instead of thinking of cooperation and economic integration.”

DP World is said to be luring Ethiopia to use Berbera at the expense of Djibouti—the main customer of both ports is Ethiopia, the most populous country in the region. But given Ethiopia’s heavy investment in Djibouti–the railway line, and other infrastructure–it is unlikely for Ethiopia to switch its main sea outlet from Djibouti to either Berbera or any other port in the foreseeable future.

In the last decade, the UAE has been pursuing an aggressive foreign policy and aspiring to become a regional military and financial hegemon. To that end, it has established many military bases around Bab El Mendeb, including one near the Eritrean port of Assab. It also has bases across the Red Sea in Southern Yemen, where it has been bombing Yemen in collaboration with Saudi Arabia since 2015.

The UAE has an estimated population of 6 million, comprising of about 12% UAE nationals, and 88% expatriates from almost all parts of the world. The two countries that have a population larger than the UAE citizens are India with 27%, and Pakistan with 13%. Some recent estimate puts the UAE population at about 9 million.

In 2008, the Indian Ocean island of Socotra, which lies about 300 km off the coast of Aden was designated a UNESCO heritage site. Recent Yemeni reports indicate that the UAE forces have uprooted and transported rare trees from Socotra to Abu Dhabi and Dubai.

Socotra is the habitat of some of the rarest flora and fauna in the world, but with the presence of a military base, and the uprooting of its rare trees, the island faces irreversible environmental damages.