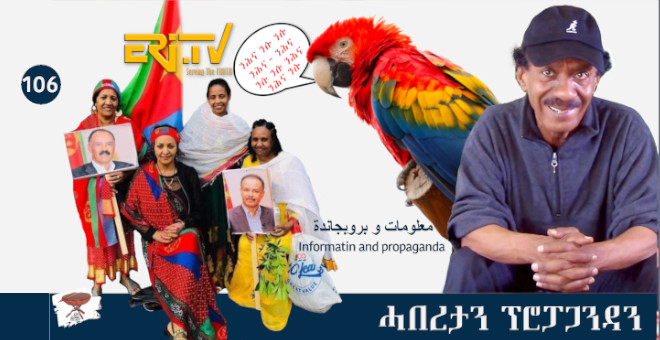 When I started to work after leaving Eritrea, I landed at a sales and marketing job. My understanding of sales was clear, but I didn’t understand what marketing meant.

Gradually, after taking some courses and extensive training, I became a supervisor, and climbed the career ladder fast. That is when I began to deal with advertising agencies, creative designers, commercial directors, and the like.

Years later I had to apply for a certain service in Addis Ababa and the clerk filled a form with my details. He asked me of my profession and I told him I was in marketing; I didn’t know its Amharic equivalent, neither did he. But he entered “የገበያ ሽይጭ” marketplace sales. That became a joke when I told my friends that I am a marketplace salesman.

In one of our initial sessions, the trainer told us that people have pockets, and inside it they have money (plastic money was just a concept then). And the job of the marketing person is to make them spend the money on whatever you are selling. If you don’t, someone else will take the money. That was lesson #2.

The more I learned the more skeptical I became about the whole concept of marketing, particularly lesson #2, regarding pockets and pickpockets. The idea about the role of marketer disturbed me because it seemed to be targeting money inside people’s pockets. What if the person with the money needs to buy medicine, get food for his family or pay his rent? The trainer had an answer for me: If you think that way your competitor will take the money and you will curse your judgment—don’t think like a charity worker; marketers should not think that way!

Since that day, throughout my marketing career, my consciousness was hurting. But slowly I switched to distribution, product development, market research, and merchandizing. That helped me a little with my conscience until they added advertising to my portfolio, and I started to deal with advertising agencies, designers, creative directors and commercial producers. I enjoyed the day to day work, but deep inside I became guilty conscious—I felt I was snatching money from people’s pockets. So, whenever they see a car advertisement with a long-legged girl standing beside it, the testosterone of consumers kicks in, and they act as if they will get the girl with the car. Someone drinks a soda and goes ahhhhh, and you believe it is a delightful drink that you must have. And you spend on it. Deep inside, many people know they are being manipulated but they will never admit it, neither will the manipulators who will never admit advertising is a sort of propaganda.

Some years ago, a leader was explaining the activities of the opposition to the leaders of an American organization. He told them, we have this and that departments and we also have an information and propaganda activities. Their eyes popped in surprise. Years ago, American communications experts decided that the word “propaganda” had very negative connotation and replaced it with “public relations.” alaaqat aamma, in Arabic, and hzbawi rekhekebat, in Tigrinya. But there is no difference between propaganda, public relations, and advertisement–the means of communication may change, but the purpose is the same: the art and science of changing the belief and actions of people by giving them massive doses of information, misinformation and disinformation. But some stubborn person might say, big Deal, I am smart, I can tell the difference. Don’t underestimate my intelligence!

Are we intelligent enough to identify propaganda?

Researchers found out that infants, until about the age of 6 cannot tell the difference between advertisement and news/stories. This is why on American television stations, they have the famous “we will be right back” message: it is to help children understand that the commercial for sugar-saturated cereals is not part of the Barney the Dinosaur story, or Tom and Jerry, or Pink Panther they are watching. Communicators spend a lot of time studying our brains and how they process information, what they remember and what shapes their opinions. It’s important that that 24 hours a day, 7 days a week, there are trying to get you to love what they love and to hate what they hate.

How this manifest in Eritrea?

Let’s focus now just on PFDJ. The PFDJ stronghold on Eritrea is based on four-legged seat of power.

This is the so-called “self-reliance.” With this one they used to dominate the Eritrean field (the ELF was dependent on others and the EPLF was not.) Even if this is demonstrably false, then and now,  people continue to believe it because it was perpetually repeated: ንጸላኢ ብዕጥቁን ብብረቱን; ን ህዝባዊ ግንባር ዝሓገዘ ሃገር ወይ ሓይሊ ኣይነበረን::

So now, even though Eritrea is one of the most heavily-indebted countries, that relies on at least 5 UN agencies to provide it basic services, a country that doesn’t have an airline and its president relies on the charity (earlier Qatar and lately of the UAE) to travel,  but still talks about self-reliance.

Leg 2: Against all Odds Boasting

This was a gift from Dan Connell. It is the phrase of “against all odds.” This says, never do a cost-benefit assessment of anything, don’t ever say እዚኣስ ኣይተዋጽኣናን እያ or as Haile Derue said shortly before his arrest ሒሳብና ንግበር, let’s calculate first. If you say so, it means you are being a defeatist. Be a gambler, always. Because the higher the odds, the sweeter the victory will be. Therefore, nobody ever could dare tell Isaias it was wrong to start a war in Ethiopia, to get involved in Somalia, to taunt the US and get Eritrea sanctioned. Wait for the against all odds victory and make it sweetest by increasing the odds.

We are against corruption. We are clean. We get paid little; we have no material things. Again, this is very untrue because the highest form of corruption is power abuse and it has abused its power egregiously. Is there any more power abuse than disappearance of citizens? Is there any more power abuse than to shut down all the institutions that can check and balance your power: independent media, independent judiciary, independent churches/mosques, separate legislature that derives its power not from the charity of Isaias but a franchised people electing it? As for material corruption: who lives in all the villas in Asmara? Who is the only Eritrea that can travel, legally, out of the country? Who, even now, can drive cars when the rest of the country is walking, using bicycles and karosa? Go check a report from “Transparency International” and you will see how thoroughly corrupt the regime is, based on the real definition of corruption, and not the “graft” they talk about.

Leg 4:  We believe in Equality and Social Justice

This is the wobbliest of the four legs. The claim that in Eritrea, everybody is equal and that the government enjoys the support of a cross section of Eritrea and its membership and leadership is made up of a cross-section of Eritrea. This is demonstrably false as, among others, Ahmed Raji has shown. Recently, Samuel Emaha in an interview said that the College he used to teach at (faculty and students) were overwhelmingly from one ethnic group. In fact, since its foundation, the PFDJ has never (ever!) been diverse. But because this is its most glaring weakness, it has made its discussion a taboo.

So, every day, for 29 years, the PFDJ government has engaged in massive propaganda on these four legs of the table. It has indoctrinated (they call it education, political awareness, etc.) millions of Eritreans in its schools, in its military bases, in its cadre schools, in its mass organizations. These high doses of propaganda have seeped deep into the veins of many. Even some of those who kicked its addiction by escaping it to other countries, have returned to it. Because they think their imprisonment and torture was all for the sake of self-reliance, against all odds, fighting corruption and promoting social justice!

Finally, the PFDJ has upgraded its propaganda activities and is subjecting Eritreans to a barrage of propaganda in a very sophisticated manner. Awate.com has warned against this because we saw it coming (UAE-Saudi-and-PFDJ-trolls- March 26, 2018)

Also, the PFDJ has assembled a considerable number of trolls and propagandists in all social media outlets. To the propagandists I say, please do not make the struggle hard for Eritreans. Don’t tell them they are okay when they are not. Don’t tell them their country is in good hands when it is not. Have mercy on your people. But also, don’t forget, your lies will come to haunt you. You will be shamed when the Eritrean people will finally be free. There is no doubt they will, and injustices will be swept away from the face of Eritrea, together with the enablers of injustice.

NB: This is the transcript of Negarit 106–a friend collaborated in developing the core concept and content.