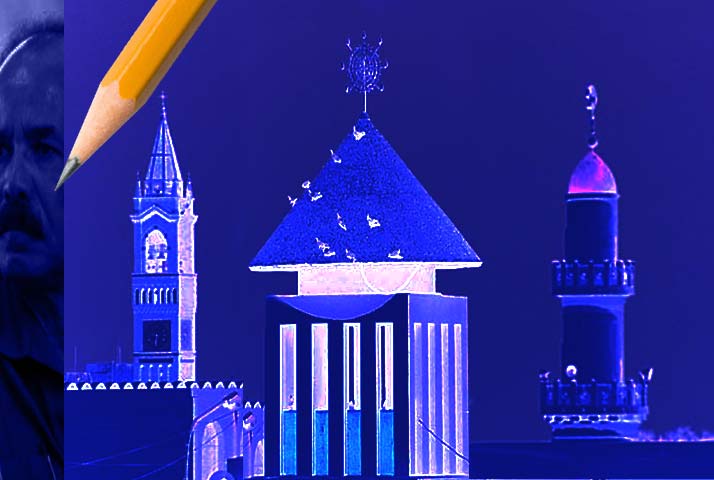 The State of Qatar, until recently one of the main financiers and patron of the Isaias Afwerki regime, is now its enemy, together with Iran and Turkey, the triad that the Eritrean regime alleges they promote the ideology of the Muslim Brotherhood. The shift began two years ago.

In March 2015, a Saudi led coalition, in which the United Arab Emirate (UAE) is a major partner, declared war on Yemen over the Houthi resistance, a rebellion that has been simmering for many years. That must have been a boon for Isaias Afwerki and his regime.

Since it came to power in 1991 after defeating the Ethiopian Derg regime, the Eritrean rebel group has been trying relentlessly to become a major actor in the geopolitics of the volatile region that includes Ethiopia, Sudan, Somalia, Djibouti, Yemen, and even the Congo. Its overly ambitious pursuit of relevance has costed Eritrea greatly, and immersed it in endless wars that resulted in appalling destitution, egregious governance, and lack of basic freedoms.

As anticipated, by June 2017, the differences among the Gulf countries over the war in Yemen, over the success of the Qatari Al-Jazeera television (that won the hearts and minds of the people of the region), and over a host of other issues, gained prominence. As the war against Yemen lingered on, the relations between Qatar and Saudi-UAE deteriorated so much that last June, unsurprisingly, Saudi Arabia and the UAE imposed a comprehensive trade and diplomatic blockade on Qatar. Since 2015, the Eritrean leader and his officials have made several visits to Saudi Arabia and the shift in the relationship with Qatar was not unexpected. Neither was the fact that Isaias Afwerki openly allied himself with the Saudi led coalition betraying Qatar.

Consequently, Isaias Afwerki has entangled himself in the latest cycle of the region’s quagmire: on one hand, he plunged himself in the rivalry of the Muslim Brotherhood and the Wahabis, and on the other, into the Sunni-Shia conflict that has been ravaging the region for many decades. No doubt the current misadventure must have offered Isaias Afwerki a tiny window of opportunity to satiate his desperation and slowed his endless search for relevance in the regional politics.

The PFDJ’s new position began to be crystallized in September 7, 2017 when Fasil Gebresellasie, the regime’s ambassador to Egypt, was interviewed by an Egyptian website. The ambassador attempted to widen the dimensions of the Gulf crisis by tickling the Egyptian sensitivity regarding the Nile water and the Dam that Ethiopia is about to finish building, by alleging that “Some Western and [Arab] Gulf countries stand behind Ethiopia and support the construction of the Renaissance Dam.”

Given the context of the fomenting crisis in the region, and his government’s position, by “some Western and [Arab] Gulf countries…”  the ambassador meant Qatar and the USA. According to him, both countries are supporting Ethiopia in building the Renaissance Dam to choke Egypt of the Nile waters. Certainly, that cheap pandering by the ambassador doesn’t benefit Eritrea; its only value is simply reiterating his government’s loyalty to the Saudi led alliance, in addition to appeasing the ultra-nationalists among his Egyptian hosts. In addition, it is a continuation of the PFDJ’s relentless attempts to pit Ethiopia and Egypt against each other.

In an interview with the Eritrean government owned television, Isaias Afwerki signaled his intentions targeting of the MB.

In October 7, 2017, Osman Saleh, Eritrea’s foreign minister took the ambassador’s statements one level up when he said, “Eritrea is opposed to the Muslim Brotherhood and we do not allow them to come and preach in ERITREA.” He further spiced it up and stated, “Turkey and Qatar support the MUSLIM BROTERHOOD [while] Egypt is fighting them.” He didn’t forget to preempt the reaction of his Middle Eastern audience by adding Israel to the lot and stated, “we are not eager to see countries such as Turkey, Israel, Iran and others to be involved in the region.”

In addition, Osman Saleh affirmed his regime’s position, stating that, “Eritrea is on a solid path as it relates to her relations with the region. we feel we have good relations with Sudan but they [the detractors] are basing their approach by relating it [our position] with our relations with Egypt.”

It is understandable why the Eritrean regime targets the MB, it must kowtow the new policies of its new patrons. Ironically, the Saudi and the UAE have targeted what they consider an Eritrean franchise of the MB which they listed as an organization that supports terrorism. But the world knows that Saudi Arabia is the womb that carried and birthed the Wahabi sect and is its main sponsor. However, the Eritrean regime, true to its reckless nature, would never miss the opportunity to get entangled in such sectarian conflicts that doesn’t benefit Eritrea. It is shortsightedness led the Eritrean regime to target Muslims under the guise of MB while tacitly supporting an alliance led by the mother of Wahabism.

That unprincipled position was illustrated by the regime’s latest move to confiscate Al Diaa, a Muslim community private school in Asmara. This tactic is not new.

In the early 1990s, as it went to war against Sudan carrying South Sudanese rebels, it arrested Eritrean Muslim teachers and closed schools with the pretext of fighting Jihadism. Over two decades later, the arrested teachers are not tried and their whereabouts is unknown.

Incidentally, the Saudi crown prince has been explaining his plans to “finish-off” the Saudi extremists who have wreaked havoc all over the world though he didn’t specifically name Wahabis or MB. Of course, he wouldn’t mention the Wahabis since they are the bedrock of the Saudi regime. Targeting the MB would appease the Wahabi establishment and would buy their unwavering support. Not only the Wahabi preachers, the Saudi and the UAE has bought Isaias as their lieutenant in their second phase of sectarian war after successfully pitting Sunnis against Shias against each other for the last three decades. At this moment, it is premature to make a judgement on how the Saudis will pursue their plans or what exactly the reaction of the entrenched ultra conservative Wahabi sect will be. Yet, the Saudi government reigning on its own extremists would do the world a great help. But there will be more to say on that, very soon.

At this moment, the Eritrean regime has launched its second bout of targeting Eritreans to the do the Saudi bid—Isaias Afwerki has agreed to such plans with the Saudis. Targeting the Muslim institutions is only the start; if given a chance, he will also unleash his aggressive action against the Christian institutions as a cover up.

The unrest of October 31 in Asmara, though started by the Al Diaa school students, it is an Eritrean expression, and it is a national action that has gained overwhelming support from all Eritreans, Muslims and Christians alike–internally, and all over the world. It is possible that the regime may quash the current movement, but it will not be quashed before inspiring more Eritreans to fight for their freedom with resolve. It will certainly not be quashed before watering the seed that would embolden Eritreans to claim their suppressed Eritrean pride. The sense of unity that Eritreans have displayed in supporting the October 31 movement has given free Eritreans a new source of pride and self-confidence.

Such has been the manner with which the PFDJ treated all religious institutions since it started to rule Eritrea with impunity. The Jehovah witness, the Pentecostals and the traditional Muslims were its first targets who were arrested and forgotten in the maze of prisons scattered all over Eritrea. It had already laid its hands on all the Awaqaf properties that belonged to the Muslim institutions. Finally, it went to the Orthodox church and arrested its patriarch Abune Antonios who has been under house arrest for over a decade. Having completed a full circle of arrests and intimidation, it has started a new cycle by targeting a private Muslim school in Asmara for confiscation.