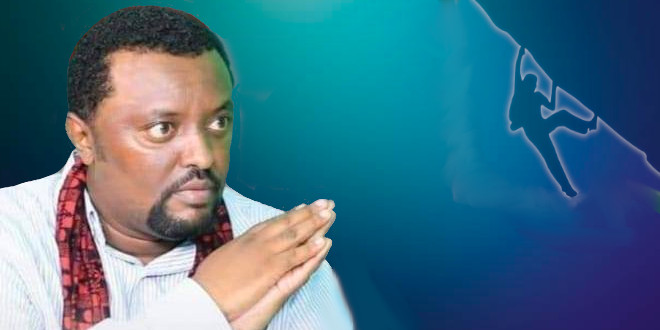 If I were to empty and free myself of affection, sentiments, anger, concern and all sorts of feelings; that is if I could turn myself into pure reason, I would find that the Ethiopian Journalist, Tamrat Negara, who brought on himself, undeservedly, the wrath of many Eritreans is a real friend of Eritrea, and those who attacked him may have been confused and led astray by following their emotions and sentiments.

There is an Arabic proverb which states that- a friend is the one who speaks the truth to your face, not the one who believes you- I yield myself to this saying and such being the case, I consider Mr. Negera a friend of Eritrea.

Mr. Negera has, in a frank and straight forward style, listed the evils that created and keep creating havoc in Eritrea today. He named names and pointed fingers to the culprit describing the Eritrean reality in a raw language and without a flinch.

Mr. Negera stated that neither Haile Selassie’s regime nor the Derg expelled Eritreans at the height of their war, it was their brother Melles Zenawi who did that.

“Much abuses and horrors where perpetrated by the regimes of Haile Selassie and that of the Derg but neither excised kidneys of Eritreans to manage its affairs, it was the Eritrean regime who did that, not us” Mr. Negera continued saying.

“In contrast to the Derg’s generous policy of facilitating the entry of Eritreans to the Ethiopian university, regardless that it was for buying loyalties, the University of Asmara, was closed by the Eritrean regime, not by us,” says Mr. Negera.

“Eritrea is a country without banks and if there is any, no customer may have access to his money,” says Mr. Negera.

I agree and you, too, have to agree, it is the truth.

“Ethiopia needs no declaration of war to capture Eritrea, Ethiopians may March to Eritrea without firing a shot while brushing their teeth at the same time. All who can put a fight are outside Eritrea,” says Mr. Negera.

I agree that this is how far the Eritrean regime macerated and weakened Eritrea, and you have to agree, it is the truth.

Unless we want to hold back and conceal the truth from ourselves, we have to accept as true and accurate, all the points concerning the reality on the ground in Eritrea as raised by the Ethiopian journalist.

Mr. Negera’s words are words of a bold man belying a power-hungry clown, Abiy Ahmed, who since his domination of the Ethiopian political center-stage didn’t save an opportunity to lie about the Eritrean reality and never missed a chance to rehabilitate and enable his friend the tyrant of Eritrea. Abiy Ahmed who would stop at nothing and would go as far as stooping so low, for the love of his comrade in the quest for power –Isaias Afewerki, as to put an international peace organization’s forum in embarrassment by his ridiculous attempt of smuggling a warmongering and internationally indicted criminal, Isaias Afwerki, into the peace prize qualification which the very forum had denied him beforehand.

To dislike the machinations of the sycophant Abiy and the bold words of Mr. Negera at the same time is a contradiction in terms, if not outright paranoia.

The provocative and troubling parts of Mr. Negera’s pronouncements such as the creation by Ethiopia of an Ethiopian Gaza strip in Eritrea may be explained in either of two ways. In the movie “Zorba the Greek”, there was a lonely and beautiful old lady who was respected by all of her neighbors throughout, but when at her deathbed and before she dies everybody started stealing and plundering her furniture. This is the case with Eritrea as seen by Mr. Negera–a lady at her deathbed, and what would a neighbor do to a lonely dying lady except inheriting her. What a neighbor does by his acquired inheritance henceforth is his own business even if it is the creation of his own Gaza in Eritrea.

If Eritrea is indeed dying as it seems to be (unless Eritreans give it a kiss of life) blaming and attacking Mr. Negera for displaying his human nature in the quality of acquiring of owner-less property is futile and bears no fruit.

But the Ethiopian journalist shows no sophistication in his speculations at this juncture, he didn’t consider everything while speculating, for example, that Ethiopia is not Israel, by far and Eritrea is not Gaza strip either and by as much.

The alternative explanation of Mr. Negera’s excesses is the assumption that he is not only a friend of Eritrea but a caring, sophisticated friend who took irony into his hands to make his friends, the Eritreans, feel the sting and wake up to do something by way of saving their country from the expected destiny, a destiny he so clearly and dazzlingly he depicted.

The indication which qualifies this alternative explanation to probable is displayed in the fact that the Eritrean regime has responded to Mr. Negera’s interview through its ambassador in Japan. A regime that stops at no criticism and responds to nothing is this time responding, it must have been painful. But I like that and you should like it too.