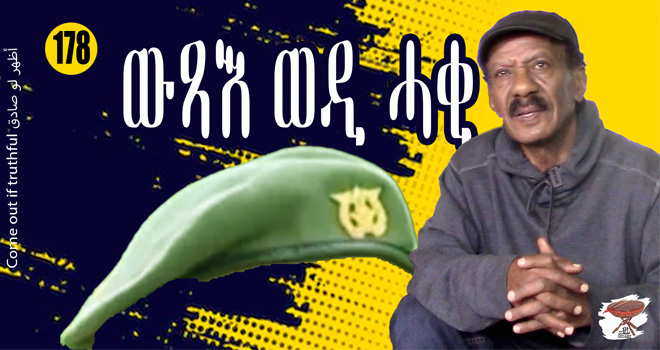 In an opposition member accepts and promotes all the values of the incumbent regime and adopts all its decisions and symbols, then, what is it opposing? Worse, if you are a single-issue opposition to the regime, what happens if the regime agrees to your issue, what will you be opposing? Ladies and gentlemen, if you are wondering why the Eritrean opposition is dysfunctional and fragmented, find out who is an opposition element and does he see governance holistically or partitioned in select, inconsequential demands? If you truly believe in equality, then why get infuriated at people who hold a different view that yours? Is that a result of believing in The Isais Constitution? Can someone who believes in constitutionalism and equality behave that way?

Throughout the last twenty years, I have seen many attempts from fragments of the opposition, some seem focused on removing Isaias only, leaving everything else intact. Some even do not hide their wish to inherit the PFDJ minus its capo and their intolerance and exclusionary behaviors trigger suspicion and skepticism. They tend to think their narrow social, geographical, and partisan circles are the only representatives whose views only should be promoted. Totally oblivious about the wishes of chunks of their compatriots. Eritreans cannot be salvaged by solving one problem but leaving behind a bigger one.

In 2001, we received a copy of the Party Formation Law that the Sherifo led committee disseminated. I am my colleagues at awate.com endorse that document against the will of and faced criticism by our traditional allies at the time. We hope that would create a bridge within the opposition. It didn’t because some were ready to reconcile the bitter history, others totally refused to be magnanimous.

September 25, 2002, Awate.com held a consultative meeting in Amersfoort, Netherlands where Herui Bairu advocated to run for the upcoming election. The meeting dully endorsed him after a serious debate. I supported that with magnanimity hoping to help create a solid alliance. It didn’t work because no elections were carried out by the PFDJ as promised. So, if you are wondering, I do not give up on something unless I try everything possible. Now allow me to share with you the timelines of the events….

The following timelines are from the Chronicle of the Reform Movement, a document by The Awate Team published on December 2, 2002. I hope it sheds light on what brought us to where we are today.

Constitution in Our History

As you know, after the defeat of Italy, (with a brief British Military Administration period), Eritrea and Ethiopia were ruled by the Ethiopian emperor’s constitution followed by the Federation Constitution that was violated by the emperor, followed by Derg military rule until the liberation of the Eritrean land in 1991. The victorious EPLF established a transitional government which the PFDJ slowly, and cunningly, replaced by its whimsical one-party rule—it was the birth of dictatorship.

The Ethiopian emperor ruled the region using laws that are a product of an ancient theocratic law written around 1240, in Arabic, by Abul Fadil Ibn AlAssaal, a Coptic Egyptian. It was known as Fit’he Negest. And by 1563, during the reign of Sertse Dinghil, the Fit’he Negest became the law of the land and remained the supreme law until 1931 when it was replaced by Haile Selassie’s constitution. Now let’s jump to the post-Badme-era, the year 2000.

Before we continue let’s realize that there cannot be a proper constitutional conference without political parties. Otherwise, a constitution will remain a useless paper like it was since it was cocked. There are not many Eritreans who will surrender their fate to any single-party government that will continue the PFDJ tyranny of the last 31 years. And those who so-confidently say, “we can amend it”, cut that out. No one can amend anything when under the guns of a single party, where the line between the government and the ruling party is non-existent.

Final Question, if you accept all decisions taken by the PFDJ, if you adopt its positions, copy its tone and narration, I kindly plead to you to ask why do you oppose the PFDJ? If the PFDJ says it will implement its constitution, will you stop opposing it or continue to oppose it? But what will be your points of opposition? What do you stand for?

In this struggle, there are no grey areas, you either oppose the PFDJ injustice or not; this indecisiveness was the main reason for the fragmentation and weakness of the opposition.

Don’t worry, the gloves are out, and we must call things with their right names—the meek, gentle arguments, not to hurt the feeling of people, didn’t take us anywhere. It gave us the Agazian, the Neo Andenet, and those who stand for nothing at all got emboldened and put the opposition in a quicksand.

A Crisis of a Ruling Regime or An International Conspiracy? A Glance at the Administration of the Battle (Tesfay Sherif)
https://awate.com/a-crisis-of-a-ruling-regime-or-an-international-conspiracy-a-glance-at-the-administration-of-the-battle/

National Salvation: A Citizen’s Approach Citizen’s Initiative for the Salvation of Eritrea
https://awate.com/national-salvation-a-citizens-approach-citizens-initiative-for-the-salvation-of-eritrea/