Posted on August 24, 2019 by Ismael Ibraheem Al-Mukhtar in Articles 79 Comments 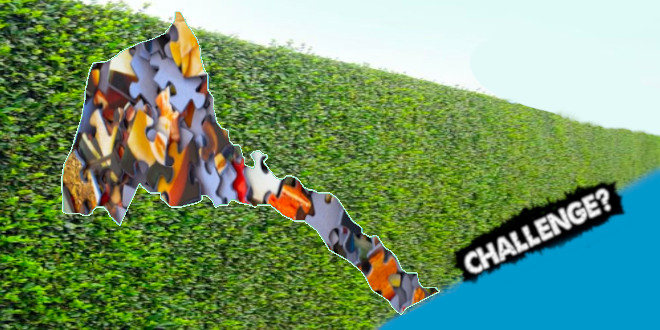 In early 2019, two Eritrean political events took place within a short period of time. The first was a London conference jointly organized by an NGO group, Eritrea Focus, and Institute of Commonwealth Studies. The second was the national congress of the Eritrean National Council for Democratic Change (ENCDC), held in Sweden. A common criticism was directed at both. The London conference was criticized for being predominantly Christian. The ENCDC congress was criticized for electing an Executive Committee of seven, with only one Christian as a member.

The underlying theme of these criticisms is the lack of fair representation. This issue has been a simmering issue in Eritrean politics since the early days of national discourse. Concerns of unfair representation based on religion, region, language and ethnicity has been a recurring and never-ending concern. The causes varied; some were circumstantial and unintended, others were purposely manufactured and malignly orchestrated.

In the early fifties, the UN envoy to Eritrea, Enzo Matenzo, was in the process of forming his transitional bureaucracy. One of the issues he had to deal with was fair representation of Muslims and Christians in his bureaucracy. He notes in his report that he made every attempt to ensure equal Muslim and Christian representation, but he failed. As a result, his bureaucracy was noticeably overrepresented by Christians. Mr. Matenzo attributes his failure to his inability to find enough competent Eritrean Muslims with administrative skills. Matenzo’s claim, if correct, could be explained in terms of location and the effect of missionary schools. Residents of Asmara and its surrounding naturally had better opportunities of education relative to those living in villages or rural areas. Further, those who went to missionary schools, such as the Swedish Evangelical Mission, had better opportunities of modern education in English or Italian. In both cases, Christian Eritreans were better situated than Muslims, which might explain the competency gap observed by Matenzo.

The newly established Eritrean government of Tedla Bairu, a protestant who studied at the Swedish missionary school and abroad, was made up of fair number of Christian and Muslim ministers. Similarly, the government of Asfha Weldemicael, a catholic who was well versed in Italian language and administrative systems, was reasonably represented. However, in both governments, the key positions were maintained by Christian highlanders and Muslims mostly held secondary ministries, such as justice, social services and governmental properties. As mentioned by Alem Seged, Tedla Bairu, was further accused by others of over representing the minority protestants (Kenisha) he belonged to in the government bureaucracy.

The issue of equal representation was not religion based only, but it was also regional and tribal. According to oral stories of the death of the Chief of Eritrean police, general Tedla Oqbit, part of his grievance towards the Emperor was the underrepresentation of his region, “Serai’, in the newly established government after annexation. He felt that the ‘Hamasein” and “Akeleguzai” regions were given greater share and “Serai” region was neglected.

The issue of underrepresentation prior to the rule of Haile Selassie, could have been partly circumstantial, but during Haile Selassie’s rule it was systematic and orchestrated to undermine Muslims, who happened to be mostly anti-union. As observed by E. Haggai and J. Venosa, Ethiopian authorities favored Tigrinya speaking unionist, who happen to be mostly Christian highlanders. This widened the competency gap, noted by Mr. Matenzo, further. The unionist found opportunities to serve in government bureaucracy, serve in diplomatic missions and study at the university of Addis Ababa and abroad.

This widening gap was observed by the late Mufti of Eritrea, Sh. Ibrahim Al-Mukhtar, and noted in letter # 12363, dated October 26, 1963 and directed to the deputy General Governor of Eritrea, Tesfa Yohanese Berhe. The Mufti noted that out of the 848 students accepted in high school in that year, only 68 (8%) were Muslims. The Mufti expressed his deep concern over Muslim underrepresentation and urged the government to address it promptly.

The challenges of fair representation during the armed struggle

The armed struggle that begun in 1961 was driven by Eritreans residing in Cairo, Sudan and within Eritrea, mainly in the Western low lands of Eritrea. Given the unfortunate political divide of the 1950s, the leadership and the rank and file of the armed struggle were predominantly Muslims. As the number of Eritrean Christians joining the armed struggle kept on increasing, the sense of marginalization and underrepresentation kept on the rise among some of them. This sense of marginalization was one of the factors leading to the publishing of the controversial document known as “Nehnan Elamanan” and the emergence of a splinter Christian dominated faction. The document highlights what it views as the discrimination and the exclusion of Christians. It accuses the leadership of “Jebha”- ELF – of purposely trying to Arabize and Islamize the struggle and exclude Christians. The document tries to justify the group’s apparent religious nature by stating:

“The nature of our separation might give the impression that we gathered on the basis of religion. But what alternative did we have? In fact, what saddens us is not the fact that we have gathered together and separated, but the harsh causes that forced us to do so, for we uphold the primacy of our country and our people over religion. We are freedom fighters and not preachers of the gospel. What led us to take the stand we have taken is revolutionary conviction and not spiritual preaching”.

As noted earlier, the sense of underrepresentation was not limited to religion only, but it was also regional. Along with Christian highlanders, the “Massawan” Eritrean Muslims within ELF were becoming alienated and feeling underrepresented by the West Eritrean lowlanders. The “Massawans” and the highland Christians found a common cause and accordingly created their own splinter organization, EPLF. A later split within the organization, led to the creation of two bodies, to which most of the two groups gravitated. The introduction of ideological component in the mix changed the nature of the discourse, but the sensitivities around underrepresentation on religious and regional basis continued. As elaborated by the author Mahmoud Elos, the five region (manatiq) system introduced at the early stage of the struggle, was an ill-conceived system that only worsened the regional and religious sense of alienation within these regions.

The emergence of EPLF as the most powerful body and its eventual success in becoming the government of Eritrea posed a new challenge. Given its historical beginnings, the EPLF remained predominantly highland Christian. According to the “Eritrean Covenant” document, published by a group calling itself “The Majlis”, that historical legacy of Christian overrepresentation in EPLF continued even in post-independence Eritrea in the apparatuses of the Eritrean government and its party, the PFDJ. The document provides statistical data on what it perceives as Muslim underrepresentation at various levels of government structure in Eritrea. Specifically, it notes:

“Christians from the highlands make up the overwhelming majority, often in the high 90 percentile, of Eritreans awarded access to post elementary education, scholarship to study and train abroad, admission to local colleges, government employment, political assignment, governorship, assignment in diplomatic missions, management of state-owned enterprises, military and civilian leadership, national and local administration. Basically, the whole state apparatus is exclusively ethnic based, it neither reflects a national characteristic nor the diversity of the Eritrean people.”

Typically, representation is measured in terms of the number of positions held by members of a certain segment of society in a given power structure. But this could be misleading representation in many ways. Sometimes a segment of society might appear to be overrepresented given its large presence in the power structure, but those who represent it might turn into an elite that represents its own interest more than the segment it is associated with. This would possibly be the case with PFDJ today, as asserted by many Christian opposition leaders. As asserted by the “Eritrean Covenant” document, PFDJ is predominantly Christian, but increasing number of Eritrean Christians, as well Muslims, see the PFDJ as an elite that doesn’t represent their aspirations.

The late Osman Sabbe discusses the issue of fair representation and he refers to the Lebanese model, which he flatly rejects as being unsuitable for Eritrea. Lebanon, with its complicated sectarian conflict history has constitutionally mandated power sharing structure. The position of the president is reserved for Maronite Christians, the Prime Minister’s position is reserved for Sunni Muslims and the position of the speaker of parliament is reserved for Shia’ Muslims. This model, might serve Lebanon well, given its history of sectarian conflict and certainly it is a lesser evil than an overrepresented one group dominated system. As rightly observed by the late Osman Sabbe, ideally for Eritrea, representation should come naturally and not be artificially imposed. To achieve that, the following steps become necessary:

Change is in the interest of all

Often, those who are overrepresented feel comfortable with the status quo and resist change. They attempt to defend their special status and maintain it at any cost. But what they fail to realize is that in the short term, they might be beneficiary, but in the long term they end up becoming losers. The resentment within the alienated segments of society keeps on building and eventually it explodes. It is in the interest of all Eritrean, Christians and Muslims; all Eritrean ethnicities to work together to ensure fair representation for all and actively seek to embody it in every aspect of life. No society will have long lasting stability without fair representation.

As it stands, Eritrea has a long way to go to shake off the historical prejudices and exclusions and establish a fair and equitable system. There is unmistakable resentment within the ranks and growing lack of mistrust. It is wise and clever to work earnestly to genuinely promote values of inclusion and fairness. Values are not established by decrees but need to be seeded and nurtured. They need to be promoted not only by the state, but also by opposition forces and Eritrean communities in diaspora.

Some of the authors of “Nehnan Elamanan”, who in the sixties saw themselves as discriminated and underrepresented, today they are believed to be in leadership positions in Eritrea. In the “Nehnan Elmanan” document they state:

These words are beautiful, and every socially conscious Eritrean would agree to them. Perhaps, this is a historic opportunity for the authors of these words to lead by example and give meaning to these words by fostering a social reality in Eritrea where equal opportunity, fair representation and justice for all prevail