Canadian Court To Rule On Nevsun’s Use Of Slave Labor 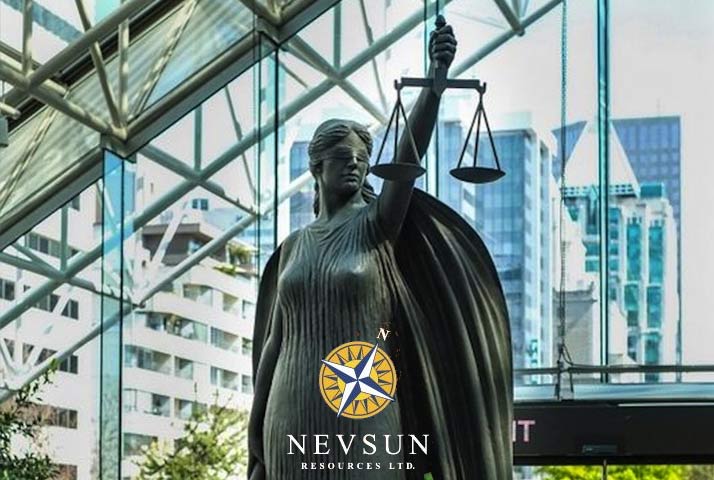 A Canadian court will decide this week if it can proceed with trying a case filed by three Eritreans against Nevsun Resources, a  mining company that is extracting minerals in partnership with the Eritrean government in the Western part of the country.

The court will rule if a Canadian court has jurisdiction or whether, as Nevsun argues, the case should be dismissed and the Eritrean plaintiffs file their case with an Eritrean court.

This is not the first case brought against Nevsun. In November 2014, Canadian and US shareholders represented by two law firms filed a lawsuit alleging that Nevsun had used deceptive practices to mislead investors and inflating its mineral deposits at Bisha, Eritrea. Nevsun argued that the case should be tried in Eritrea, before settling out of court.

The three plaintiffs allege that they were conscripted in “the national service” when they were assigned by their military commanders to work in the Bisha mines under the command of Segen Construction company.

If the court denies the Nevsun’s motion to dismiss the case, it is very likely Nevsun will try to settle out of court in order to maintain the labyrinth financial arrangement it has with ENAMCO. Nevsun fears the financial matters would be made public during the discovery process.

The information is so secret that Nevsun has rejected repeated requests by the UN-mandated Somalia Eritrea Monitoring Group, as well as UN resolution demanding Eritrea provide transparency on revenues from Bisha mines and whether they are being diverted to Somalian armed groups.

Nevsun has already set a precedent with the security fraud case of 2014. A day after a court in New York City denied its motion to dismiss, Nevsun immediately offered the plaintiffs a generous out-of-court settlement,  with a binding non-disclosure agreement.

Eritrea’s “National Service” was introduced to Eritrea in 1995.  Prior to 2002, the national service was an 18-month service which combined military training with national initiatives such as reducing illiteracy, anti-malaria campaigns, and harvesting. In 2002, the government introduced the “Warsay-Yeka’alo” campaign which radically changed the National Service into an indefinite service.

The “Warsay-Yeka’alo” begins with busing over twenty thousand 11th graders from all over the country to “Sawa High School”, which is in the same compound as Sawa’s military boot camp.  Upon completion of 12th grade, students sit for school-leaving exam. Roughly 5% achieve the grades required to enter post-secondary education: academic or vocational colleges. The rest are sent for military training, followed by assignment into either the civil service or, for the bulk of the students, working in one of the Red Sea Trading Corporation-owned “subcontractors” in agricultural campaigns, road construction or Bisha Mining.

Since Warsay-Yeka’alo is seen as a one-way path to indentured servitude, students have found creative ways to avoid it.  Some sabotage their middle school education and continue to fail so they won’t be sent to Sawa.   Females get pregnant to take advantage of one of the few exemptions to military service.

More and more, the youth have wised up to the fact that there is no difference between getting “good grades” to go to college or “not enough” and being assigned to government employment: even those with “good grades” will eventually work for the same employer–the government or its parastatals–upon graduation. Thus, unlike in the past when students waited to find out their grades before they made their decision to migrate, now students don’t even wait: they begin the migration campaign earlier and earlier, with many unaccompanied minors now being a significant part of the migrant population.

The plaintiffs argue that since they were pressed into working for Nevsun’s Bisha Mine against their will, this constitutes modern slavery and Nevsun knew, or should have known, that its labor force is made up of slave laborers.

The Canadian Centre for International Justice (CCIJ) has been assisting the plaintiffs by trying to prove that there is no rule-of-law in Eritrea.

According to a government-affiliated website, the plaintiffs, Kesete Fesahazion and Mihretab Tekle have never “been employed or worked at the mine [and] a thorough search of comprehensive payroll and visitor records shows they were[not].”

Yohannes, an ex-conscript who worked at Bisha said, “The Eritrean regime, Segen Construction or the Bisha mine administration cannot be witnesses; they are not neutral, and so are the paid PR operatives of the Nevsun.” He added, “they have a clear conflict of interest in the case.”

The government affiliated website stated, that CCIJ is, “…chasing after the wind.”

“We were always tired and hungry, and fell ill very often.” Mihretab Tekle stated in his account in a legal affidavit of his work at the Bisha mine in 2010.

In 2013, Human Rights Watch reported that “former conscripts described working long hours for minimal food rations, primitive lodging, and wages too low to sustain themselves, much less their families. They were not allowed to leave the work site.”

In 2002, an Eritrean-Swede, Mussie Ephrem, filed a case against the Government of Eritrea with the African Commission.  Mussie Ephrem argued that the Government’s arrest of the G-15 (ruling party reformers who have been in enforced disappearance since 2001) violated the African Charter and, since Eritrea is a signatory to the Charter, the Commission should sanction it.

The Government of Eritrea insisted, as Nevsun is now, that the case should be tried at the Eritrean High Court, the same court whose president was sanctioned and later removed from office for voicing reservations about the Eritrean presidential office’s over-reach and extra-constitutional rule. The Commission ruled that this was not possible because:

The Commission found “the State of Eritrea in violation of Articles 2, 6, 7(1) and 9(2) of the African Charter” and urged it to release the prisoners and compensate them for arresting them without due process.

The Government of Eritrea has ignoring this international ruling, a fact well-known to Nevsun when it argues that the case should be tried in an Eritrean court.