Posted on August 17, 2014 by awatestaff in Articles 0 Comments 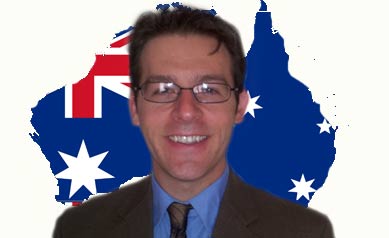 Dr. Joe Venosa will be the keynote speaker at the 2nd Annual Eritrean Book Exhibition that will be held in Melbourne, Australia, and will speak about the early nationalist mobilization in Eritrea during the critical period of 1941-1961. It is an event that must be attended by all those who are keen on learning about the Eritrean history.

The purpose of the Eritrean Book Exhibition is to introduce the work of Eritrean writers to the community and to support the authors by selling their books. It is also an opportunity for Eritreans to bear the responsibility of preserving their genuine history and reject attempts to distort historical facts.

This year, Dr Joseph L. Venosa will be the keynote speaker at the book exhibition.

Based on rigorous academic research, Dr. Venosa will give a detailed account of the early Eritrean nationalist movement during the crucial period 1941-61.

The Network expects to achieve the following from Dr. Venosa’s visit to Australia:

1. Meeting elders of the Eritrean Community in Australia who are knowledgeable about the Eritrean political history during the period, 1941-1961.

2. Foster working relationship with the Eritrean Community in Australia which will support Dr. Venosa to continue researching Eritrean History, and encourage him to write more books covering the periods, 1961-1980, 1980-1991, and post-independent era, 1991-present.

Melbourne is home to many Eritreans who participated in the Eritrean struggle for national independence and who can provide Dr. Venosa with valuable information.

Joseph L. Venosa is an assistant professor of African History at Salisbury University in Salisbury, Maryland, USA. He received his Bachelor of Arts degree in history from Ramapo College of New Jersey in 2005. He received a Master of Arts in International Affairs in 2007 and a PhD in African history in 2011, both from Ohio University, where he also had intense training in Tigrinya and Arabic. Professor Venosa’s areas of specialization include nationalism in the Horn of Africa, Islam in modern African history, and the history of African diaspora communities across the Middle East and the Indian Ocean world. With his primary research interest being the country of Eritrea, he has published articles focusing on early Eritrean nationalism in journals such as Northeast African Studies, Islamic Africa, The Journal of Eastern African Studies, and TheInternational Journal of African Historical Studies.

His first book, Paths toward the Nation: Islam, Community, and Early Nationalist Mobilization in Eritrea, 1941-61 was published by Ohio University Press in May, 2014. Also, a review of the book by Dr. Bereket Habte Selassie can be accessed here. Venosa’s study represents one of the first book length studies in English to examine the development of nationalism among Eritrea’s various Muslim communities. The book brings together various Tigrinya, Arabic and English language documents as well as oral testimonies to develop a narrative of this early and crucial period in Eritrea’s nationalist movement. For this project, he conducted research in Eritrea, the United Kingdom, and across North America. In the future, he plans to continue researching the history of Eritrean nationalism while looking at how Eritrea’s independence movement fit into the wider Cold War politics across the Horn of the Africa during the 1960s and 1970s. To hear from Dr. Venosa, come to his lecture on the below specified time and place.