Posted on November 6, 2019 by Bee Nasser in Articles 11 Comments 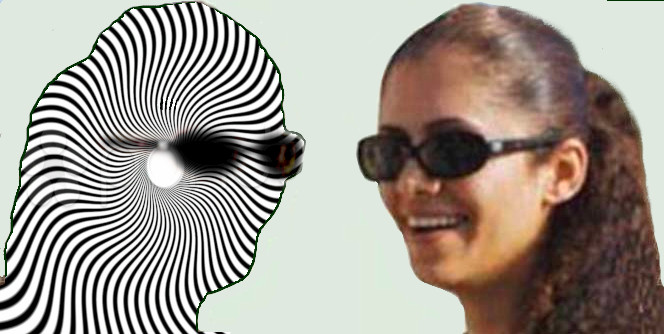 If you are a Tigrinya reader, with no knowledge of Arabic language and with no membership in any of the Eritrean Arabic languages groups on social media, chanting “Yakil”, kindly move to the next article, this reading will guaranteed be a waste of your time.

Let me also inform you that I am not a psychoanalyst, nor am I an anthropologist or sociologist, now that this out of the way.

In this article I would like to discuss not who Malilya is/was because that’s not interesting, what is far more intriguing for this article is: how can a whole predominantly male section of society get tricked into believing that she was real? What are the societal norms and sociopolitical environment that made the thought of a mixed heritage female with progressive political views desirable? Why was the creation of a Malilya necessary to begin with?

It’s timely to confess that I’m not an avid Arabic reader, simply because very few, actually a handful of Eritreans write in proper Arabic and can be engaging.  With Malilya though, we were never Facebook friends, every time she/he/they wrote an article or a Facebook post somebody would send it to me to read. Always found the thoughts presented courageous, original and provocative for the intended target audience, yes I was a fan from afar and a very suspicious one.

Malilya had two profile photos only for the whole time of her activism, I never met anybody that personally knew her, three individuals from different political backgrounds brought her up and discussed her and her ideas with me in person, and I would always ask “do you know her?” the answer was always no but they knew someone that knew her.

The night of Malilya’s wedding I was on a Skype meeting with a fellow activist discussing a campaign we were planning, all of a sudden, he said to me,  “I am very worried, that we will all go to the bedroom with Malilya on her wedding night”

He told me that she was posting in writing every detail on the marriage and wedding proceedings step by step live but without photos, laughingly I responded “she can’t be a woman” because as a woman you are stressed and under so much pressure on that day of your life that it’s impossible to sit and write posts. My reaction would have been different if she was vloging or posting photos. The only time I personally contacted Malilya was on the time of the exposure of the account being an imposter and in when what I can only call a witch-hunt took place. For days we witnessed her being attacked, at that time I was a board member of a women’s network, after discussing the matter with our Tigrinya speaking colleagues on the board, explaining to them what was happening to this woman on the Arabic pages, we decided that, we would write a statement in her support but first we needed to know who she was. I was tasked with contacting her, I wrote to Malilya expressing our intentions but that I need to voice speak to her for this to happen. Until today I haven’t heard from her. That is all the Malilya connection that I have ever had.

When a society is faced with challenges it is not equipped to tackle it resolves to escapism, the spectrum of what is an accepted escape within every society is determined by its own norms thus it’s a wide spectrum. Depending on those norms it can be drugs, games, celebrity culture or like in our case, it can be frivolous seasonal topics.  They are seasonal here whenever the apathy level reaches a level of boredom the collective can’t handle. Instead of dealing with the important matter at hand it’s easier to find a frivolous topic to shift the attention from what really needs to be done.

In the case of Malilya it was the majority of the male population that fell under her spell, the so called “intellectuals” “educated” basically the ones perceived or self-proclaimed cream of the crop of Eritrean Arabic speakers. To the point that a book was written where she was the main character. The “celebrated” author had even said the title of the book was going to be named “Malilya” but in the last minute it was changed. Many old and young men were mesmerized by this creature, they felt evolved every time they interacted with her posts on Facebook and if she as much as “liked” or replied to them on the comment section, lo and behold, their ego was inflated and they would boast and mention this every chance they got. Surly this speaks volumes of their lack of self-steam and that it’s their manhood that is in crisis.

There are many factors though to why Malilya was quickly established within the so called “elite” of online intellectualism. Some of the factors that made it possible for Malilya to have the platform and influence within the Arabic speaking section of society are:

–  Coulrism: the two fake photos on her Facebook account, one that she only used once was of an African-American looking black lady, the other photo that she had on her profile and on every article she wrote for the longest time and most people wanted Malilya to be, was a photo of a light skinned, with long brown hair, which within the norm, that’s considered beautiful. God forbid If Malilya was a dark skinned, scarf wearing with the same critical mind, mighty pen and confidence; would anyone have cared to notice her? Would a book be written about her? We will never know but most likely that would have never been the reaction to her. We are a society that until now equate light-skin with beauty and it’s built in the fabric of our culture from songs, proverbs to our everyday language.

– Moral Courage: Malilya argued with courage and reason, she didn’t care if you were old, young, your social statues. In fact, the more “important” one was the sharper her arguments and reason was. She would not leave an argument until her opponent was left speechless; her fans would be cheering her too. Not that she needed it, but many would come to her defense. Courage though is not an attribute we install in our daughters, nor is it how a woman is considered “wife material”. “A good woman” is one that doesn’t respond when she is attacked, one that speaks little or better yet not at all. Courageous women are women out there, never women in our families. They are not our sisters; they are not the women men marry and definitely they are not our daughters. It’s in this hypocritical crack of our society that her character thrives on. Malilya will forever be the fantasy, the guilty pleasure, the unattainable, and the forbidden for these men.  And as the Arabs say; the forbidden is desired.

– Mixed Privilege : No matter how much we abhor the creators of this character somewhere I’m applauding their knowledge of the weaknesses of their target audiences. An Eritrean-Lebanese, Christian , academician “beautiful” young lady based in Paris with an affinity to the Eritrean cause, of course we give her space, of course without any reference checking she gets to post her opinions on our websites, certainly she is asked of her opinion on every political move because surly she must have all the answers to our problems. Obviously, I’m being sarcastic but that’s what happened, Malilya had mixed privilege, her fans were always in awe of how Eritrean she was with a Levantine Arabic accent that added to her charm.  Here again, if a dark skinned, scarf wearing, both parents Eritreans, an academician based in Paris had the same mindset would she have been accepted?

My Own Imposter Moment

Back in the height of my activism, in the time when we used to write essays on Facebook posts. An Arabic speaking public figure, sent me a message, telling me how that I don’t have any morals for using “the photo of this poor girl” as my profile picture. After a confusing back and forth for a moment, I came to understand that he didn’t think the person on the photo was me. I sent him my phone number and all he kept saying on the phone was in disbelief “ no no, you can’t be a woman” repeatedly. This is the mentality out there, but  Malilya the imposter got away with it for so many years because of all the points discussed above.

Who needs a Malilya to speak?

There is an intellectually oppressed segment of our society that doesn’t get acknowledged. That’s doesn’t have political representation. A segment that has gone beyond the ELF vs EPLF frames of reference. Idealist, progressive, politically to the left, some of them even atheists with ideas that are not allowed to exist within the Arabic speaking majority. You might argue, that they can air their views on many platforms, most of them are in the media… etcetera. Most of their opinions differ from how the majority of the Arabic speakers like to view and portray itself. Their opinions collide with how the majority understand their history even. This is a segment that is not politically organized but that is held in influential close proximity to where the action takes place. If we held a basic level of tolerance to the other’s point of view, Malilya would never have existed.

Malilya didn’t cause any political crisis but only amplified what is already there. Maybe the imposter caused many men to question their manhood, to question their judgement but most of all this whole experience showed us the level of apathy and to what lengths we are prepared to go to escape it and our reality. This is a good lesson in not letting someone you don’t personally know get ahead. A Malilya syndrome can be defined as any frivolous topic that draws the attention from the burning issues at hand.

Ps: Can “Malilya” please publish a book with all the private messages … please?