A Coup In Eritrea: Reality Check 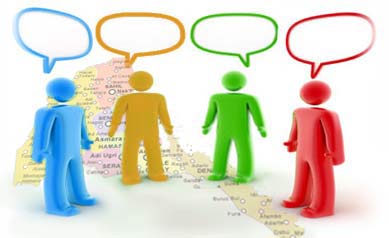 I would like to thank Amanuel Hidrat for his well researched and educational article. I really appreciate the time and energy he spent to make his articles educational; I can only say he has expanded the subject matter and it’s going to be helpful in understanding articles and arguments which revolve around it in the future.

As I have come to understand it, there is no such thing called democratic coup so far—a coup staged merely in the interest of the people. I have not read the entirety of Ozan Varol paper which served as a working paper for both Saleh Younis and Amanuel, I only read its abstract. However, even as Saleh introduced that concept, I had some reservations with regard to the fact that we don’t have a professional institutionalized military and an educated class of officers who separate matters of state and the ruling entity. We seem to agree at this level, hence the question will be about the possibility.

Amanuel says, if there will be any type of coup it will be similar to any other coup; there is no such thing as a democratic coup. He actually goes beyond the possibility of its occurring in Eritrea and he sort of seems to refute (and he is) Varol’s own concept.

The three countries and their military institutions that Varol cites as his basis of his paper were known to have been institutionalized in the politics and their interests were embedded in their respective countries’ constitutions, and were represented in the law-making bodies. Essentially, they had been recognized forces in the politics of their countries and their interests were delineated by law. Furthermore, they acted only when their interests were at risk, not out of goodwill to install democratic governments. Turkey’s military has been a visible feature as a state guarantor since the foundation of modern Turkey by Kemal Ataturk. The Egyptian military was so since Gamal AbdulNasser, and it runs a vast economic activity in the country; it had a weighty say in the politics of the country. Portugal’s military also had similar roles, conducting coups when it did not seem to it that its interests would be guaranteed. And finally after its humiliating defeats in Africa (Guinea Bissau, Mozambique and Angola), it staged a coup because it thought the hate of militarism by the Portuguese people would risk its political and economic interests. It had to lead the inevitable transfer of power.

So, I agree with Amanuel that so far, we have not seen an example in which a military of a country has carried out a coup intended for the sole interest of the people and the nation. I also agree on the historical record of coup leaders regarding their inherent tendency to drawing the transition process longer than needed or creating diversionary conflicts (another Badme?) in order to ensure their retaining the power.

Could we see a popular uprising in Eritrea, is there a possibility?

I understand and agree with Amanuel on the nature of changes that a military can bring about. I mentioned the weighty presence of the military institution of the countries I mentioned to show that they acted when they felt that the forthcoming change might go against their entrenched interests. I brought it to support Amanuel’s idea that even in those examples used by the original author of the concept, the military did not act out of desire to see a democratic government installed but from their desire that the inevitable change should be controlled in a way that ensured the continuity of their embedded interests in the systems.

Military should out of politics, but of course, the desperation that emanates from the fear that what a protracted popular revolt could cause, could be more damaging and its results may not even be foreseeable. That’s why I believe, as Saleh Younis said, it might be “the best option.” He is not ruling out that there exists other options, but in his best judgment, he believes it could be the best among many scenarios. Please think on how the military in Eritrea, as an institution, is benefiting from its implanted existence with the PFDJ; it is open knowledge that every activity is controlled by the economic arm of the PFDJ, and at the end every little decision is done in the presidential palace, every little penny earned goes to Hagos “Kisha’s” account.

It’s true there are high level commanders who have been rumored to have benefited financially by running their mini economic projects. But can we say that the military as an institution benefited? If not, can’t we expect some latent grudges and sentiments which could mature to the level of explosion when the right time arrives, like a popular unrest? Do we have the type of independence Egyptian military enjoys in terms of running their economic resources? For instance, do we know how the PFDJ owned Harat company is managed? Does the profits it generates go to the military? Do we have the type of modern military with its own semi independent installations and institutions, free-of-security clubs, academies, where officers could freely exchange experiences and talk freely about what’s going on in their country?

I’m told that even the procurement of weapons is done by non-experienced non-military personnel and that had impacted the border war against Ethiopia. After all, do we have an army that operates within a certain constitutional parameters? I think Eritrea is an example of every exception that there is to the rule. Therefore, we should not rule out the occurrence of even remotely considered scenarios.

The opposition is at a disadvantage when it comes to the advent of change. Despite its long years of fighting for it, it has yet to gather enough popular guarantee that things would lead towards its anticipated goals of dismantling the PFDJ. On the contrary PFDJ still has multiple options. It can, with a stroke of a pen, release prisoners, let free press function according to the laws of the past experiment, form a committee to draft a constitution (it’s has already declared that); mend its relations with the West; come clean on Somalia, solve its problems with Djibouti (which is doable); it could even call for the opposition to come to Eritrea (well, we know what that will entail: those who “collaborated with our enemies”, etc.)

The above scenario seems naive, but it could happen.

What’s needed, in my opinion, is the beginning of a process. We can’t anticipate a fully functional democracy from the first attempt, but if a process with built-in guarantees is established, that will eventually lead to a progressive improvement. I think it will get acceptance from many quarters of our people. Let me just say it: genuine reformation is less costly and more controlled than a drastic revolution. There is no signs that Eritreans are ready for a drastic change. What we need is correcting what has gone wrong in 1998-99: the refusal to implement the constitution.

The following is what I mean by genuine reformation:

So far we have discussed the type of government, the military, and the politics and I can say that there are multiple directions things could go and that is why I would like to further expand on this.

[Editor’s Note: the above is compiled from two lengthy comments by the prolific commentator Mahmoud Saleh. It is being presented here with minor edits to read like an article as opposed to disjointed comments]