Posted on November 12, 2014 by awatestaff in Articles 69 Comments 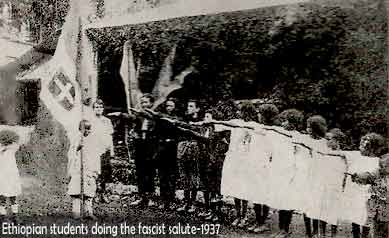 The following is a two part digest of some comments in two parts that appeared on the Awate Forum. The first part is by Abinet, an Ethiopian debater, while the next part is a comment by Shum, an Eritrean commentator.

Abinet says: This has been my stand from day one. I always ask why fight for a piece of land after we lost the whole of Eritrea. I know the sacrifice paid for it . But, I do not want it to hold us back. I like to move forward not to look back. The future is more promising . I like to forget about Eritrea. That is why I strongly oppose the use of Assab port or any kind of cooperation. I also believe time heals.

Now that I made my stand clear one more time, I like to tell you a very timely but very old Amharic proverb. “KeAbro adegih gar atsaded.”

I found out that, “what we saw today is what we harvest tomorrow” to be very true. What Eritreans are harvesting today is what they saw fifty-years ago. You see the hate they saw is back to haunt them. 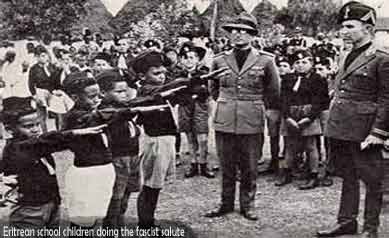 What more do you expect from us other than dying in the hundreds of thousands just to keep them. They shoot their way out. If they say now, “we are brothers and sisters” , sorry, I do not trust them anymore. The free labor movement being preached, in Eritrea they call it “colonization ” . They don’t need that any longer.

Can you tell me what you are telling the Eritrean mother? You can confidently tell her that her children will join SAWA boot camp. Or you can tell the children that they will be in the military camp until they get old.

The only satisfaction Eritreans get is by comparing the two countries using World Bank reports. In Ethiopia we are working hard to change it . It is happening fast.

Everybody knows it is a win-win situation if Ethiopia uses Assab. However, for most Eritreans this is not satisfactory enough. What they call win is only when Ethiopia loses. I don’t know why they bother about cooperation, integration, etc. Some, including Haile are preaching the love that doesn’t exist between us. They thought they would choke us to death. Honestly, we thought that way since we were brainwashed by Derg. Most of us thought it was the end of the world when we lost the ports. We have proved time and again that Assab is not important any more. I tell Eritreans to get lost with them.

If they think Assab is the last umbilical cord that connect us , they are wrong. It has been cut in 1991.

The good thing is we have better neighbors who stood with us in dark times. I like to spend Ethiopian energy and time to advance our r/p with the others than think about Eritrea. We have got nothing to gain or lose with them.
__________________
Shum’s says:

I’m starting to see a pattern on this discussion board. Several articles go up about many topics having nothing to do with Ethiopia or very little, as in the case of Salyounis’ last article. Somehow, the topic turns to Ethiopia or a discussion occurs between Eritreans and Ethiopians about nonsense. There will be the usual Eritrean ostriches who see an Ethiopian conspiracy behind everything. Then we are treated to multiple barrages from the usual Ethiopian posters who carry one or more of this type of message:

funerals, coffee shops, community activities, holidays, hanging out. You know, things that normal people do. Things that no one questions except bigots who stereotype people as exceptions to the human race. The point is why are we wasting time engaging with people who hold these points of view. Yeah, it’s weird that they keep coming back but tell us we’re not relevant to them. But that’s what trolls do. There are plenty of Ethiopians who favor rapprochement. Look at the postings by Horizon, Crocus, derbew, Amde and others. You don’t have to agree with their point of view, but they are presenting their proposals and ideas respectfully and again they favor rapprochement. Plus, they’re not repulsive. That’s a big plus. That matters when holding discussion on the web. So, please ignore the others.

Since we’ll have these folks who can’t make up their mind if they’ve forgotten about us or not, I have a proposal that I’ve made before. Create a page for them. It’ll be sort of a virtual room with rubber walls where they can tell us 24/7 how much they don’t want to engage us or have any sort of relationship between our two countries. Give them a nice logo. They can have a feedback page where innocent Ethiopians can submit stories of terrifying encounters they’ve had with Eritreans. We can throw Nitricc in there to keep them company from time to time when he has the itch. It’ll help them build group cohesion which is important for these fragile individuals.

Editor’s Note: Italy colonized Eritrea for over fifty years (1880-1947) while it occupied Ethiopia for five years (1936-1941). Both Eritrea and Ethiopia had children who learned how to do the Fascist salute. The picture of the Eritrean children is widely spread in the Internet, while that of Ethiopia, we believe, is appearing here for the first time. It’s scanned from a 1935 Italian Magazine printed in Rome: Ethiopia (“Latina”). Rassegna Illustrata Dell’Impero, Direzione Amministrazione Pubblicita.