Home / Negarit / From The Persian Gulf to Badme

From The Persian Gulf to Badme 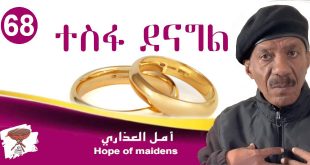 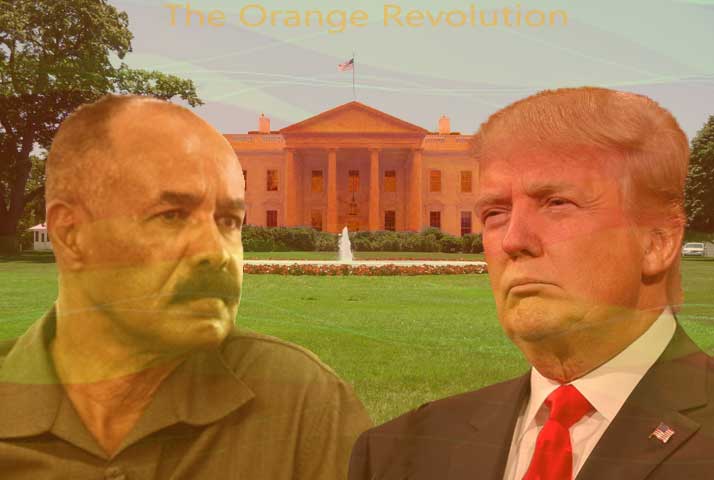 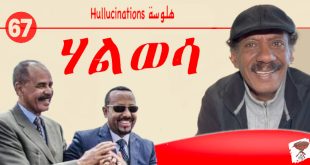 Suppose you bought a flat in the third floor of a building. Then, the owner of the flat below your flat, on the second-floor, wanted to take his flat away- wouldn’t your flat be left hanging in mid-air?

Adil Imam, the famous Egyptian comedian, popularized this illogical-logical idea in a hilarious play. This joke is brought up in relation to the border crisis-not the Badme border crisis, but another one far from Eritrea and Ethiopia. It was a border dispute over some island in the Persian Gulf. A crisis similar to the Hanish debacle. A border crisis that occupied the minds of the Qataris and Bahrainis in the late eighties. A border confrontation between Qatar and Bahrain where Sudanese soldiers faced each other.

After they gained their independence from Britain, Bahrain and Qatar inherited an unclear border on some of the islands between the two countries. That developed to a border dispute and almost took the two small countries into the brink of war, one which Iraq, Iran and other countries might have been dragged in.

I was living in Bahrain when Ballast Nedam, a Dutch company, was contracted by Bahrain, and sent its workers to build a coastguard station in Fesht Al Dibal (Devil’s Island.)  The Qataris were furious and arrested all 29 workers and their equipment. Just like that, a border crisis ensued and the two countries were in the brink of a war.

The combined population of the two countries was no more than 400,000 souls and you can imagine the size of their defense forces.  So they did what any obscenely rich but depopulated country would do: they went to Africa to shop for soldiers.  Sudan, to be exact.

Soon after he heard of the news that Qatar was conscripting Sudanese soldiers, Fadhil, a young Sudanese soldier, handed his resignation papers to his commander in one of Khartoum’s garrisons. He took a Prensa ride to the Qatari embassy holding his application paper and eight passport-size pictures inside a wrinkled and overused plastic bag. Upon arrival, he was met by tens of disappointed ex-Sudanese soldiers in front of the Qatari embassy yard: Qatar had taken enough soldiers and it has stopped accepting applications.

Fadhil was devastated. He had resigned his job certain that Qatar was going to accept his application. They were going to war and ‘they will need all the brave soldiers like me’, he had thought. Now he was left with no job. His equally rejected and disappointed friends were lazily squatting under the shade of the Neem tree.  Seeing Fadhil’s frustration they murmured, “Sebr, have patience”. He joined his friends and sat under the shade to cool off from the hot and humid weather.

A few minutes later, someone he knew came riding a bicycle and shouting in excitement: “Bahrain ya nas, Bahrain is accepting application, Bahrain, ya jama’a Bahrain”. The whole crowd jumped like an attacking force, rushed down the street and off they went to the gates of the Bahraini Embassy. Fedhil was among the first to reach the gates of the Bahraini embassy escaping the stampede that followed him. He secured his place at the head of the long queue, thanks to the Bicycle Man who had given him a ride. After several trips to the embassy, Fedhil’s application was accepted. He rushed home and started to pack his bags.

He was to become a soldier in the Bahraini defense forces.

There were about twelve Eritreans in Bahrain at the time – including my family of three. I met Fadhil in a friend’s house, where many Sudanese in the country came for a get-together every Friday. The border crisis was getting serious. Fadhil and the rest of Sudanese might be engaged in the border war. Many of them were very anxious about the war; but Fadhil seemed anxious for the war to ignite. I asked him, ‘why?’ He was clear about it, “I want to get Abdulmajid, I have to get that son of a…” he said furiously. Fadhil had his own little battle that he wanted to fight within the bigger war; he wanted to teach Abdulmajid a lesson. Lieutenant Abdulmajid was his previous commander while they both served in the defense forces of the Sudan and he had stored bitterness against Lieutenant Abdulmajid who gave him hell on earth.  Turns out Abdulmajid was now on the Qatari side.

Why were the two countries about to go to war over a few islands? Both were relatively new states that gained their independence from Britain in 1971. Both were in good shape- why would they go to war? Official propaganda did not give a reasonable explanation except the “sovereignty” rhetoric that any country (and a quarrelling peasant) repeats. The common people believed that “the bottom of the islands is not flat and that it was tilting to the other country; the oil and gas is unfairly flowing to the other side”. It sounded like a soda can theory.   In the insanity, it seemed that only Fadhil had a clear reason for the war.

Fortunately, level minded heads prevailed and Fadhil’s war was never fought. The two countries went to the International Court of Justice. Over a decade later, the ICJ issued its ruling on March 2001. I bet you almost nobody knows or remembers who “won.”  Except maybe Sir Elihu Lauterpacht.  Yes, back then, Sir Elihu Lauterpacht of EEBC represented Bahrain. Now back to Badme.

Not Again, The Armchair Generals…

Wealthy countries hire mercenaries to fight their wars for them. Dirt poor countries have autocrats who are just as indifferent about the young they send to their deaths. The Badme war was waged for egos and the price were the poor children, some of whose bleached bones the autocrats were begged to collect by the middlemen.

Close your eyes, for a second, and think of ten teenagers and young men and women in their twenties.  Then, close your eyes still, and imagine a thousand. Then ten thousand.  Then one-hundred thousand. I know, it is unimaginable. It is stadiums of the young, the promises of the nations, massacred. Next time you go to your “festivals”, look around, and count people. What you see is only a fraction of what perished in the war of egos. There is no statue for them, no shock, no horror, just their name uttered from a loudspeaker, if their parents are “lucky.”

Now, once again, we have many Fadhil look-alikes who have an axe to grind praying for and instigating a war.  All the armchair generals are dispatched, giving targets, pointing to maps with their laser beams, tracing rivers and mountains, all from the comfort of their warm homes, with their children safely in bed.  The war, and the talk of war, is all that gives them identity, pride, and a sense of self.

Our very own 242. The Qatar Bahrain border took 15 years to be resolved. Article 242 is 36 years old. There is a border dispute between Sudan and Egypt in Halaib. Between Saudi Arabia and Yemen; between Qatar and Saudi Arabia; between UAE and Iran; between Iran and Iraq; between Russia and Ukraine; between China and Nepal; between China and Bangladesh; and between Mars and Jupiter. The Eritrean Ethiopian border is no different.

Some people think, now that the ruling is out, the dispute is between Ethiopia and the World. In the abstract, Yes, the whole border issue is between one country and the world.  But what does that mean to the Eritrean people? Will the world really step in and force the issue?  Really?  Some people think that the longer that the border issue lingers the better publicity it will get. No. No. It will be forgotten and be added to the list above.  Another obscure conflict; another “insoluble” problem.

My dear armchair generals, what if you are wrong?  I know you rarely think of this possibility, but what if you are wrong?  What if the world doesn’t pressure Ethiopia?  What if the Ethiopian government does not fall?  What if, in fact, the world provides more assistance to Ethiopia and what if the Ethiopian government stays in power for another twenty years?  What then?  Will the Eritrean people have to endure years of agony so you can feel vindicated?  Will the children age in the trenches, as yours graduate from colleges and visit them in the summer?

The cold war might have died with the demise of the Soviet Union, but its reincarnation has just begun in Badme and the region is left with Adil Imam’s theory of a flat left hanging in mid-air.

Born and raised in Keren, Eritrea, now a US citizen residing in California, Mr. Saleh “Gadi” Johar is founder and publisher of awate.com. Author of Miriam was Here, Of Kings and Bandits, and Simply Echoes. Saleh is acclaimed for his wealth of experience and knowledge in the history and politics of the Horn of Africa. A prominent public speaker and a researcher specializing on the Horn of Africa, he has given many distinguished lectures and participated in numerous seminars and conferences around the world. Activism Awate.com was founded by Saleh “Gadi” Johar and is administered by the Awate Team and a group of volunteers who serve as the website’s advisory committee. The mission of awate.com is to provide Eritreans and friends of Eritrea with information that is hidden by the Eritrean regime and its surrogates; to provide a platform for information dissemination and opinion sharing; to inspire Eritreans, to embolden them into taking action, and finally, to lay the groundwork for reconciliation whose pillars are the truth. Miriam Was Here This book that was launched on August 16, 2013, is based on true stories; in writing it, Saleh has interviewed dozens of victims and eye-witnesses of Human trafficking, Eritrea, human rights, forced labor.and researched hundreds of pages of materials. The novel describes the ordeal of a nation, its youth, women and parents. It focuses on violation of human rights of the citizens and a country whose youth have become victims of slave labor, human trafficking, hostage taking, and human organ harvesting--all a result of bad governance. The main character of the story is Miriam, a young Eritrean woman; her father Zerom Bahta Hadgembes, a veteran of the struggle who resides in America and her childhood friend Senay who wanted to marry her but ended up being conscripted. Kings and Bandits Saleh “Gadi” Johar tells a powerful story that is never told: that many "child warriors" to whom we are asked to offer sympathies befitting helpless victims and hostages are actually premature adults who have made a conscious decision to stand up against brutality and oppression, and actually deserve our admiration. And that many of those whom we instinctively feel sympathetic towards, like the Ethiopian king Emperor Haile Sellassie, were actually world-class tyrants whose transgressions would normally be cases in the World Court. Simply Echoes A collection of romantic, political observations and travel poems; a reflection of the euphoric years that followed Eritrean Independence in 1991.
Previous “No Problem. Any Time.”
Next 95% Of Eritrea’s 12th Graders are Male 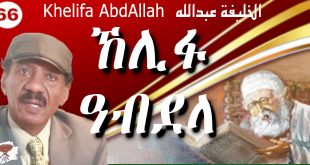 In the end of November, a serious injustice happened in many parts of Eritrea, mainly …