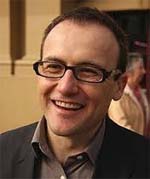 On May 15,  Mr. Adam Bandt, an Australian Member of Parliament (MP), addressed a petition that was presented to the Australian house of representatives by the Eritrean National Council for Democratic Change (ENCDC.)  By addressing the petition, the MP brought to the attention of the Australian House “the human rights violations, including forced labour, arbitrary detention and restrictions on freedoms of speech” that is prevalent in Eritrea today.

The petition, which was organized by the ENCDC, was signed by hundreds of Eritreans who live in Australia.

Adam Bandt, who is the deputy of the Australian Greens party, was the first member of his party to win in the general election.  The 2010 victory over the Labor Party, a blowout, is an election that the Eritrean community in Melbourne contributed to.

The ENCDC, also referred by its Tigrinya and Arabic names as “Bayto” and “Mejlis” respectively, is a 127-member body which was elected in Awasa, Ethiopia in November 2011, after Diaspora Eritreans delegated representatives to hold a congress.  Its next conference is expected to be held in November of this year.

“I rise today to speak to a petition recently handed to me by representatives of the Eritrean National Council for Democratic Change. The petition contains several hundred signatures, many from my electorate of Melbourne, and raises a number of disturbing claims of human rights violations, including forced labour,
arbitrary detention and restrictions on freedoms of speech.

“As to forced labour, the petition raises the particularly disturbing claim that Australian companies can operate
in Eritrea without being required to positively verify that slave or forced labour is not being used. The petitioners also claim that freedom of speech is being dramatically restricted and that Eritrea is the world’s worst jailor of journalists. There are also disturbing claims that a two per cent tax is continuing to be levied on Eritreans in diaspora, something which has been condemned by the US and Australia. In 2009 the United Nations Security Council imposed sanctions against Eritrea; however, the petitioners call on the Australian government to add Eritrea to the countries currently named in the autonomous sanction list. I have written to the Minister for Foreign Affairs to draw these claims to his attention, and I thank him for responding. It is clear that there is a strong movement from Eritrean Australians for human rights, peace and freedom in Eritrea.

“I thank the Eritrean National Council for Democratic Change for drawing these matters to my attention. I draw the petition to the parliament’s attention and I hope that the Australian government will meet with the council to discuss their requests.”