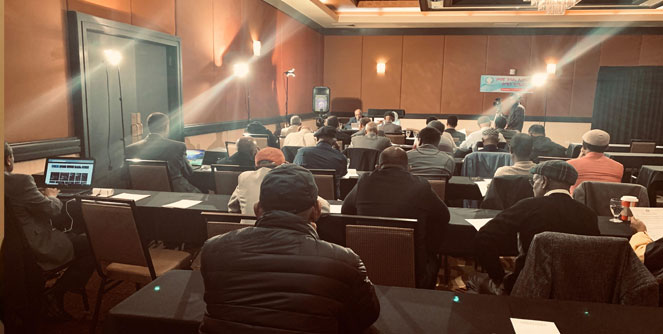 Members of the Eritrean National Council for Democratic Change (ENCDC) concluded a two-day meeting in Denver, Colorado. The weekend meeting was held by the ENCDC North American region.

The second congress of the ENCDC was scheduled to be held in 2013 but it was repeatedly postponed for many years.

Soon after its formation, the ENDC was inflicted with internal and external conflicts and pressures that resulted in the diminishing of its public support.

Attempts by some of the members of the organization to resuscitate it was unsuccessful. However, a few months ago “the attempts bore fruit and the six regions of the ENCDC are preparing to elect members who would represent them in the planned 2nd Congress.”

Determined to hold the second congress under any circumstance, ENCDC members are moving frantically to finalize election procedure and other logistics, including deciding on the venue of the congress.

The general conference is expected to be held in the beginning of 2019.

“Parts of the North American region that didn’t elect representatives due to time constraints have until January 12, to elect their representatives.”

Five representatives have already been elected in Denver Colorado:

Though the ENCDC maintained skeletal offices in Addis Ababa, its own inaction and unfavorable external situations have almost made it insignificance. Its presence in Ethiopia has marred its image in the perception of a significant section of Eritreans.

Many of its supporters have been pressuring the ENCDC to leave Ethiopia believing its presence in the country didn’t help it much. But now the situation for the entire Eritrean opposition has worsened and “there is no point in staying there anymore” according to a senior opposition party leader.

A member of an Eritrean opposition party that used to be stationed in Ethiopia explained, “Since last summer, it has become almost impossible to even maintain our basic presence in Ethiopia.” The Sana’a Forum, through which Ethiopian authorities handled the Eritrean opposition is almost frozen. The forum was established in the 1990s by Ethiopia, Sudan, and Yemen, however, the role of Yemen and Sudan stopped many years ago leaving the forum under Ethiopian control.

The future of the relations between the opposition and the Ethiopian government is at its lowest since the Ethiopian prime minister chose to ally himself with the Eritrean dictator.