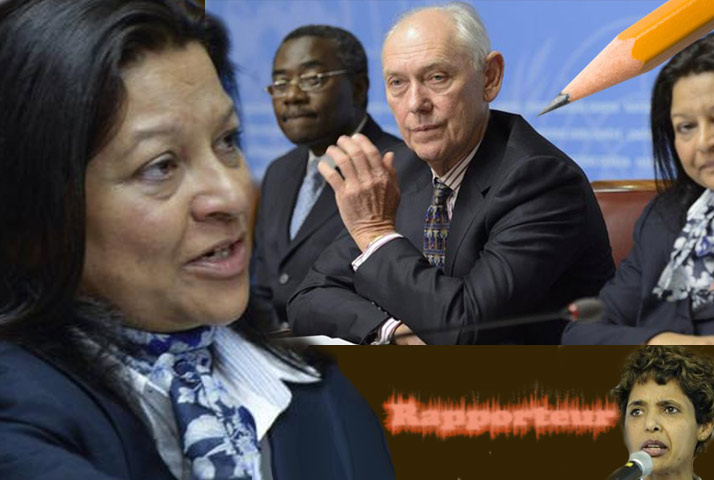 The single argument that unites the entire Eritrean opposition is that Eritrea’s ruling party, PFDJ, is not fit to govern because it refuses to be bound by the rule of law.  Twenty-five years after assuming power, the Eritrean regime refuses to be bound by national law–a constitution–and it refuses to comply with international law, despite the fact that it is a signatory to a few of them including the African Charter on Human and People’s Rights (ACHPR); Convention against Torture and Other Cruel, Inhuman or Degrading Treatment or Punishment (CAT); Convention on the Rights of the Child (CRC); and the International Covenant on Civil and Political Rights (ICCPR.)  On Thursday, October 27, Eritreans will descend at the United Nations to make this point to the international community.

The occasion is the 71st session of the General Assembly.  To be precise, it is the meeting of The Third Committee, ie., the Social, Humanitarian & Cultural Committee which usually hears the reports of the bodies instituted by the UN’s Human Rights Council (HRC.)   When it comes to the HRC, the Eritrean regime was content to use one instrument, the Universal Periodic Review (UPR): three times a year, the Universal Periodic Review Working Group reviews 14 states and makes recommendations, which are accepted or rejected by the State being reviewed.  In 2013, HRC introduced new measures for countries which are showing persistent non-cooperation and to the surprise of no one, the Eritrean regime was classified as one. And while many of Eritrea’s opposition did their part during the UPR to present testimony on the nature of the Eritrean regime, all credit of classifying the Eritrean regime as showing persistent non-cooperation and worthy of having a Special Rapporteur on Human Rights named belongs to Elizabeth (Elsa) Chyrum and her Human Rights Concern-Eritrea.

We are all familiar with the rest of that story: the Eritrean regime ignored the mandate of the Special Rapporteur, which resulted in the Human Rights Council naming a Commission of Inquiry on Human Rights (CoI-E) in Eritrea in 2014. The CoI-E filed its shocking report in 2015 and was tasked to determine if the crimes that the Eritrean regime commits constitute crimes against humanity.   In June 2016, the CoI-E filed its report that, indeed, the crimes that the Eritrean regime commits DO constitute crimes against humanity and recommended that the case be referred to all instruments of the United Nations including, the Third Committee.

This is why it is so gratifying that there are Eritrean opposition members who appear to have the clarity of mind that the death of the Eritrean regime will come from 1,000 cuts. The battle is to be waged externally and internally.   Diplomatically and via grassroots activism.

It was unclear whether the Eritrean agenda would ever make it to The Third Committee since the mandate of the Commission of Inquiry was not renewed.    However, that of the Special Rapporteur on Human Rights in Eritrea was renewed.   And since the Special Rapporteur–Sheila Keetharuth–was also a member of the three-person panel of the Commission of Inquiry, inviting her to testify gives Eritreans an opportunity to have one person on behalf of two bodies: the SR and the CoIE.

This did not just happen.  It took the efforts of Elizabeth Chyrum and her colleagues and well-wishers and awate.com extends congratulations to all the activists who are never dissuaded when the “Wedo Geba” unit like that of meskerem.net is celebrating prematurely.

One more thing.   In the Eritrean Diaspora, the distinction between civil society and political party is very blurred: you are who you say you are.   But in traditional politics, civil society attempts to apply pressure on the government, to bring about change and political party attempts to apply pressure so it can assume power.   Over the last several months, the Eritrean civil society has been very active diplomatically to present a “daily headache” to the regime and its agents, as well as to influence international agents.   It is time for Eritrea’s political parties to pick up the pace.