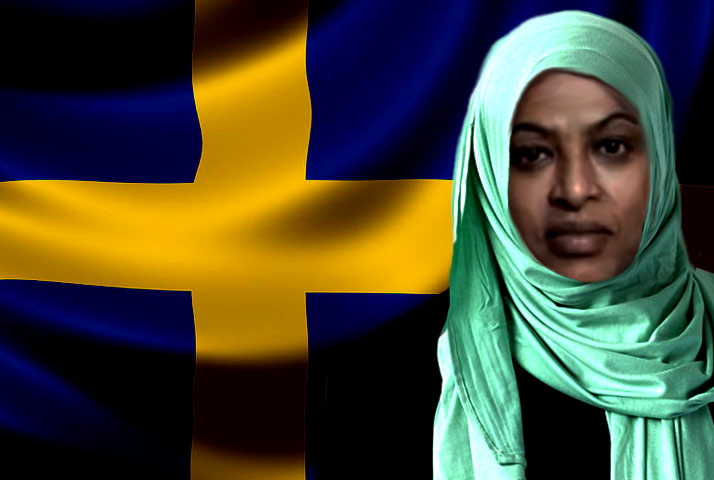 First I would like to thank the organizers of the New York demonstration for showing their respect for humanity and saying no to injustice in Eritrea. The focus of my message is why this demonstration was vital and why it concerns all Eritreans and why they came together to send a message of solidarity to the global community, and what better way to do that than the UN in New York.

The 27th of October was a watermark and watershed moment of Eritrean history towards justice; as we observed and voice our resounding approval of the United Nation’s Commission of Inquiry on Eritrea (CIOE) report.

As we Eritreans know and now the rest of the world is beginning to take heed, in Eritrea we have a regime that does not respect human rights so much so that 4,000 to 5,000 young men and women flee Eritrea every month. Let that staggering number sink in for a moment. With these kind of dire numbers, arguing that the trajectory of hollowing out of a people toward a brink of extinction would not be farfetched. There were thousands upon thousands of Eritreans who wished to return home, but simply couldn’t. How could they? It is just inconceivable for any sane person to pack and return to Eritrea today, yesterday, a decade ago, nor a quarter of century back – The year in which Eritrea gained independence, because the regime was so bent out of shape to become the gate keeper of the nation as though all of the sacrifices that were made were done so for the regime to make the country its giant Real Estate.

Eritreans are left with no other option but to fight regimes like the one we have so that our citizens will have the power to exercise their rights. That was what the NY call was all about: to give voice to the voiceless and map the path to a just society.

It is known that the UN Commission of Inquiry on Eritrea took the arduous task and the necessary steps to hear the voices of Eritrean refugees in many parts of the world. The Hundreds of interviews conducted by the Commission shows the suffering of Eritrean people in Eritrea. In the interviews that the commission recorded are stories of personal experiences that make us wonder how many thousands more there are, and we have yet to hear from them.

Countless stories are buried in the Sahara and the Sinai Desert, victims whose organs were harvested by smugglers; countless who were sexually violated have yet to tell their stories as they flee from injustice to save their dignities and their lives; countless young men and women who have vanished in the high seas of Mediterranean; countless who are suffering in the dungeons of the dictatorial regime in Eritrea, a homegrown hazard that managed to build hundreds of  prison cells instead of schools and institutions of learning; countless have died while housed in inhumane conditions in these  prisons. The New York call was to say that the Eritrean people who have suffered and are suffering will not be forgotten, justice will be served on the perpetrators – with the UN report out for all to see, to bring the handful oppressors who are causing turmoil in Eritrea to justice. At this point, it is every Eritrean hope that New York marks the beginning of the end of the Eritrean dictatorship. The beginning of the achievement of peace and freedom for the people of Eritrea who suffered enough – Six decades of misery should come to an end.

New York is also about using the recorded stories the Commission has gathered–we too have the utmost responsibilities to keep the emotionally disturbing memories alive in order to assemble lessons not only from the situation-specific knowledge, but also to draw the right lessons from it to avoid repeating the same mistakes in the future. As we read these stories, we will each have our unique emotional responses, because we each have had different life experiences, and it is natural for the stories to affect us differently.

Eritreans have a history of saying no to injustice. Before the independence of Eritrea, we rejected foreign injustice. Much as when the world didn’t believe in Eritrea’s right to self-determination, the people collectively fought and sacrificed for decades to liberate their people and country.

However, the current injustice has been our own homegrown oppression that we never saw or experienced before. Again, we  will not  rest until the homegrown oppressors are not only removed from power, but also that justice is  achieved  in the court of law. That is what the New York call was all about. Those who shared their stories with the commission are reaching out to us. Their stories should shake our conscience. As their sharing of their stories has empowered them, their stories must empower us too. Those who remained in Eritrea, are the bravest amongst us, let us be inspired by their bravery in our secure homes to cut a new path that eases the pains of these brave-hearts.