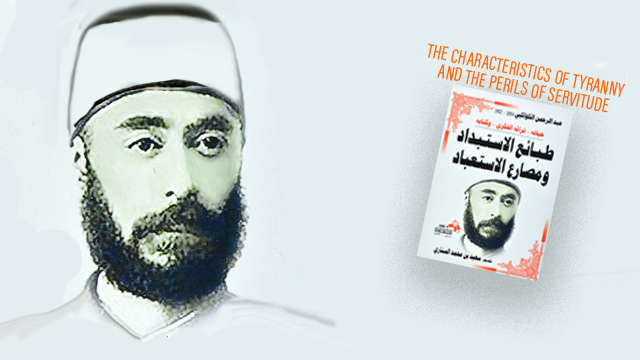 It is only a narrow-minded or embittered man who can harbor evil thoughts about ordinary people because they are not heroes.  From the novella “A dreary story” by A. Chekhov

A  philosopher is born

If there is a merit for Eritrea and Eritreans in the war in Tigray, it is that it has blown-up covers and torn-off masks. This is most apparent in the case of Yosief Gebrehiwet, the Islamophobic, one-time master of apologia for the defunct Imperial Ethiopian regime and its ugly history in Eritrea. His contention, at the time, was supported by a broken syllogism epitomized in that since the PFDJ regime is such a horrible system of governance it follows that it was wrong to have started the revolution and therefore were better for Eritrea to have stayed part of Imperial Ethiopia. That was his simple message, a logical paralogism hidden deep under a heap of thousands of words repeated over and over, a logic so much loved by ‘Tigray- Media- House’ and sisters as to ordain him a philosopher!. Of course, there was no way for Eritrea to go back to Imperial Ethiopia, even if it wanted, since the Empire itself has already gone down the drain never to come back, making Yosief’s laments just a practice in self-whipping and crying over the spilled milk, if there were any milk, to begin with. Come to the war of Tigray, and quickly Yosief changed his skin and expressed contempt for the Empire, and took sides with its enemies in Tigray, enemies who seem seeking independence from Yosief’s old sweetheart, Ethiopia, just like what Eritrea has once done since, according to them, what is good for the goose is good for the gander, and strangely enough, Yosief agrees!.

But the philosopher didn’t stop here; he has crossed from crying foul at the Eritrean struggle and Independence to outright hatred of the Eritrean people to the extent of calling them wild animals and humiliation worthy: ህዝቢ ኤርትራ ውርደተኛን፣አራዊት ህዝቢ እዩ! These obscene words and more were said in an interview given by the philosopher to one of the Tigray- Media- House’s sisters YouTube channels. If the philosopher is an Eritrean, as he seems to claim, it is only natural for one to think of his strong words as just expressions of self-hate and self-scorn, truly embarrassing characteristics to attribute to an accomplished philosopher and even more to explain! Yet, there is, however, one explanation within the larger context of the Eritrean tragedy that would render him innocent of the guilt. This is the “being a victim” of tyranny like the many others who succumbed to and consider him one of the many unhappy souls of which some are listed here-under.

In November 2011 an Eritrean living in the UK pushed his ex-girl friend off a bridge to her death. For that he was handed a 12 years jail-time sentence.

An Eritrean teenager, 15, was killed in a “sustained” attack in a block of flats in Waterloo in June 2008 by her jealous ex-boyfriend.

An Eritrean, nicknamed “Ikea killer” was imprisoned for the murder of two innocent people (whom he never met before the incident) in an Ikea store in the Swedish city of Västerås in 2015 the reason being the decline of his asylum application by the Swedish authorities.

A thirteen year old Eritrean female was murdered by her mother’s Eritrean ex-boyfriend in her apartment in Tel Aviv, Israel. (The murderer’s father told the media his son was “crazy” and that he did not care if the police killed him!!).

An Eritrean immigrant in Toronto Canada was charged with first-degree murder in the deaths of two Eritrean women one 55 years old and the other 28.

In January 2018 an Eritrean man in Norway was charged with killing his wife and mistreating his .

In 2019 a 30 years old Eritrean living in Holland was brought to court for strangling to death his 23 years old pregnant wife.

These are only a sample from a long list of tragedies defining, among other tragedies, the life of Eritreans in the Diaspora.

How did all these happen? Is this how Eritreans were all along?. The Eritrean who many still remember as gentle and honorable is not the one we have here at hand; a major failure must have taken place along the way and a radical switch followed, and it seems it is not difficult to point out and say with certainty, who brought this failure about, it is tyranny.

What are the forces which contributed to the making of the tragic decisions by these unfortunate people and led to these heartbreaking stories listed above? It is only natural that many people outside of Eritrea know these forces and know that these same forces are wreaking havoc even in the Diaspora with a great thrust. Also, many see and touch the effects of tyranny but these effects seem because of their diffusion- isolated and casual while they in their totality run as a current under and below, undetected, forming our responses while distorting our world outlook.

Perhaps studying the experience of others who walked the way of tyranny before could remove some of the fogs and enlighten us and be of some help for organizing and forming a mental image of what we feel, thus objectifying and consolidating the condition to our mind’s eye.

One helpful tool in this task may be the book titled “ The Nature of Despotism” by the 19th century Syrian-Egyptian journalist and philosopher, Abdurrahman Al-Kawakibi, in which he detailed the features of a society under despotism, describing it with honesty and precision possible only by a man who lived it and closely watched and observed it.

The author indicates, properly, to the victims of tyranny as slaves. There are in the book many pages and long paragraphs which one would think that they describe today’s Eritrea and they would especially be useful in shedding light on the above-described list of unfortunate Eritreans’ destinies, here are some translated passages from this great book:

“Despotism deforms the natural inclinations and good manners of the victim; it weakens, corrupts, and effaces them altogether. It makes the slave ungrateful for the natural blessings offered by the almighty to his country because, in reality, he never owned them. It makes him harbor hatred to his fellow slaves because they are an aid to the scourge of tyranny over him; he loses his love for his country and left ever eager to escape it because he is denied a secured settlement in it.The love for his family wanes because he has no confidence in the persistence of this relationship; friendship also is off-limits to the slave because the lack of confidence in others stands in the way between him and this relationship as he knows too well that his peers, like him, have no judgment or resolve of their own will. They may, if ordered, harm or even murder him while, at the same time, sobbing and weeping. he has nothing to care or cry for, because he has no monies or assets which are not subject to plunder and no honor that is not exposed to insult……………

It is strange, therefore, that the victims of tyranny abhor the tyrant but they cannot use against him the natural valor and intrepidity which is acquired by a man at anger, and instead redirect their animosity to different, unexpected quarters like abusing their women or the singling out from their ranks a perceived weaker class[i] (read Jeberti, as an instance in our Eritrean case) or a group of foreigners to mistreat and persecute. In this they are like a house dog, which, when required for watching and guarding the premises, is tied up and left to hunger during the day and set free at night to display its acquired ferocity, it is in this way also that the cruelty and fierceness in the in-fights of the victims of tyranny[ii] can not be characterized as bold or audacious because it is, in fact, only a show of cowardice in the face of the tyrant who drives them to death while they obey him in terror and panic, in the same manner sheep are driven forward to their death by a preying hyena.” …….

The words above bring to the reader’s eye, a panoramic view, a concentrated display of the effects of tyranny which we normally see scattered and as a result, miss its full mental impact except in a blurred and confused style, the picture of tyranny drawn in this book are like a snap-shot of the reality of at least one layer of the multi-layer that is tyranny.

Tyranny is a dangerous social disease, a plague that irrevocably changes and destroys the social fabric of society. Those who were subjected to tyranny for a substantial time, those who were born under it and the lucky ones who almost succumbed to it but somehow evaded and escaped it (like the philosopher), all suffer in different degrees the sickness until death or until, in better times, addressed using different approaches of psychology, legislation, and politics.

Because the victim of tyranny lives a life driven by fortuity, randomness and purposelessness, he has no moral life as this is based on free-will and compassion both of which are not in supply anywhere near him. It is because of this that it is not only unwise but also outright foolish to blame and resent people under the slavery of tyranny for their helplessness and submission. It is in this context that what the philosopher’s show of verbal violence against the Eritrean people fall under the category of the classical behavior displayed by the victims of tyranny.

The variety of deformations caused by tyranny is endless and the longer it reigns the more complex these deformations become, the worst is that the moral effect of tyranny is lasting and may leak down to generations depending on the longevity of its reign. It is from this consideration that it is more than striking that some who claim to be in the “ camp for defeating tyranny” but who, nevertheless, put the spoke on the wheel of efforts to end the conundrum we are in, but, again these can be thought of as members of the above list from hell representing tyranny’s most damaging deformations.

it is soul-crushing to observe and see tyranny victims of the sector depicted by the Eritrean father in Tel Aviv who expressed his indifference, close to incitement attitude, for the shooting of his flesh and blood by the police. This case makes it glaringly clear how ruptured the Eritrean societies’ fabric has become. Under normal and healthy societal conditions the natural reaction of the father would have been crushing despair and deep sorrow.

However, it seems that upon closer scrutiny that there is no difference between this case and the case wherein the philosopher is expressing his verbal violence on the Eritrean people- the first is frankly expressing lovelessness in him, and the latter is displaying attitude towards his larger family- his people- not different than the first. The two are almost the famous two faces of a coin.

[i]  ‘Jeberti’  hate, an instance in the Eritrean context.
[ii] Watch on YouTube for Eritrean refugees’ infighting in Israel, Germany and elsewhere