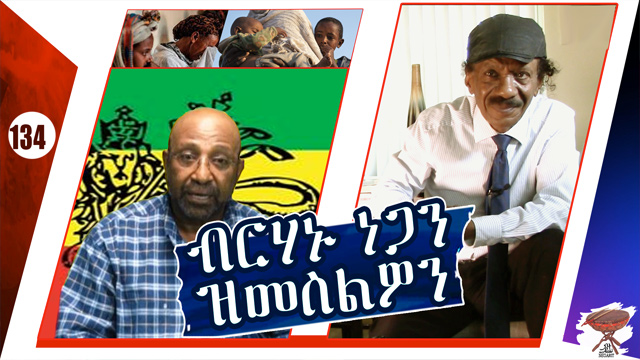 When I heard people calling the workers at a coffee chain, I cringed. It took me some time to get used to the job title ‘Barista’; It was a cultural shock because where I came from, barista (usually women who work at bars), is not considered a respectable job. It took me a while to offload the cultural luggage and bias.  I just remembered that a few days ago when I was thinking of today’s topic—just like that.

Those of you who went to the Asmara University in the early 2000s know Dr. Jaffar Omran. He finished his higher education in the USA, worked for a while in Addis Ababa University and ended up in Asmara University–I am related to him though marriage connection.

In the 1980s he was teaching at a Saudi University in Riyadh and travelled frequently to Jeddah where I lived. I used to pick him and drop him at the airport and we enjoyed each other’s company and he told me a story:

When he graduated in the USA, he returned to Eritrea and went to visit family members around the town of Goluj where an old relative came to him complaining about an ailment she had and asked if he can give her some medicine. He told her he was not a medical doctor; he had studied agriculture. The woman was not impressed at all: “You travel all the way to America, study for so many years and all you did was study agriculture!” He said he mumbled trying to explain. She pitied him, “what a waste of time, your father is a farmer, you should have remained here to learn agriculture under him.”

Berhanu Negga studied for twenty years but doesn’t seem to have learned honesty and principles—I wish he learned some decency under his parents; at least he would have become a multimillionaire–his people have a knack for trading and commerce.

Some years ago, Berhanu Negga sought mentorship under Isaias who took him under his wings—I must admit he fought fiercely against the EPRDF (TPLF for Berhanu Negga) and stayed the course until the Qeerroo, the Oromo Youth protesters opened the door for him and his likes to return home. And since them, ethnic politics in raging in Ethiopia.

Ethiopian politics cannot be understood outside the ethnic rivalry, Berhanu Negga doesn’t belong to the traditional ethnic rulers of Ethiopia, neither does Abi Ahmed. But both have adopted the tradition (or, were adopted by it). And they both have perfected the usual power brokers’ nerve massaging politics with a spice of bigotry—we will see where that gets them. Or, more precisely, where that gets Ethiopia and the region.

As an observer, I thought of Berhanu Negga fits well doing that coffeeshop job because he is in a league, well below the refined Ethiopian politicians like Eskinder Desta, Zeleke, Jawar, Bekele Garba, and others. He could fit well the same league of the low-rate politicians like Dino Mufti and the others—the newcomers around Ethiopian power corridors, the barons of the day. And to explain how he thinks, and how many Eritreans think, and how I think about the problem of Eritreans with Ethiopia, let me give you exhibit A.

Berhanu Negga spend some years in Asmara and according to the people on the know, he was pampered and lived a lavish life, like a warlord. Some time ago he made an embarrassing remark to prove the similarities between Eritreans and Ethiopians: “both people wake up to the prayer of the Gabriel church.”

That is not surprising because he is a typical out of the mold Abyssinian politician, the best of them falls in this chauvinistic, hypocritical, and primordial reasoning. And that is why most Eritreans do not trust the Ethiopian elite. Even those of us who try hard to keep our goodwill and sane outlook intact. And that is a hindrance: how can you trust those who are always bent on excluding you and see them in a positive light?

To get that impression, Berhanu Negga must have lived inside the Gabriel church, maybe as a hermit, and never ventured anywhere in Eritrea. How did he miss the rest of the Eritrean people?

How can an educated person believe he knows the country with a tunnel vision? How can he offend all Eritreans, regardless of their ethnicity, whether they wake up by the Adzan from the mosque, or the Cathedral bells, or yes, the Tewaḥdo hymns, drums, or other early morning sound ambience? What did he see in the streets? Maybe he was in a cloned Eritrea because our Eritrea is not colorless, one-identity, or one block of faith? I am sure many are offended that he discounted my country to a mere trivial, unidimensional place—I know I am. Compared to Ethiopia, we are a small population of about 3 million but are bigger than what Berhanu Negga tried to discount us to. In short, that is the characteristics of many Ethiopian politicians like him who define Ethiopia in a bigoted view–and they want to impose that hypocrisy on Eritrea. If I was him, I will try hard to rid Ethiopia of its theocratic reality and push it to adopt a modern secular state.  And yes Dr. Berhanu, you are not the first Ethiopian who spoke Amharic in Eritrean streets, your invading army has been doing that since the early 1960s when they were busy massacring and displacing Eritreans. What has changed from that mentality? And that is why I personally do not trust you, the elite.

Earlier I had to set a reminder; it is time to go to a relatives’ house to see their five-year-old child—I will bestow on him a PhD degree—I find him wiser than Berhanu Negga, I am not sure if he attended mass after hearing the bells of the church or went to bed again. Only a disco dancer thinks that was, not a learned person