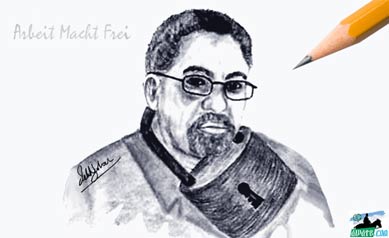 Yemane Gebremeskel broke his five-day silence with untruth. It has been five days since Eritrean government forces killed conscripts in broad daylight in Asmara, the capital city of Eritrea. Over the last five days, the information minister of the Eritrean regime was silent and so was his government. Today he tweeted, “Eritrean arch-enemies and hired guns have now gone into their usual frantic-mode to conjure up & recycle despicable lies about a sad incident.”

In two tweets, a few minutes earlier, he had admitted the death of “two national service members last Sunday from injuries received when they jumped and fell from a military truck transporting them,” and that “11 others were also injured in the same act…”

No sane person would believe Yemane’s misleading (and confusing) statements because he is known for telling untruths, half-truths, quarter truths, and utter lies. Undoubtedly, to be part of a brutal repressing regime, and its propaganda minister, is an unenviable position. But the world knows what happened last Sunday: Shots were fired by the regime’s forces in Asmara, Eritrea’s capital, and people died.

This website has been promoting reconciliation for many years believing it is the only solution to the Eritrean situation that is going from bad to worse, thanks to the repressive PFDJ regime that considers the unity of Eritreans a risk to its hegemony. Unfortunately, there are some Eritreans who do not believe in reconciliation because they are weary it might end the PFDJ rule. Even this group of Eritreans is not reconciled why it wants to keep the untenable status quo forever. While some of them have vested interest in the continuation of the unjust PFDJ rule—they have amassed great wealth and power through favoritism, nepotism, and a few have their hands soaked in the blood of many Eritreans, they have enriched themselves through corruption, criminal ventures, and open extortion of material resources that belonged to the public or individual citizens. Naturally, they are afraid they would be held accountable for what they have done so far and they consider the struggle for freedom and ending the unjust Eritrean rule, as a pursuit of power with the intention of taking revenge on the PFDJ and those who are collaborating with it. However, no opposition voice has stated it is for revenge, but for justice to be applied to all, with no distinction.

The ruling party understands reconciliation to mean a specific action that its opposition should take: raise a white flag, kneel down in humiliation, and ask for forgiveness. Only then they can be allowed to live the life of a subjugated citizen with no rights, at all. Isaias and his minions never abandoned the ruling protocol of the ancient feudal rulers of the region; they behave as warlords, not as statesmen. That behavior has already corrupted quite a significant portion of the Eritrean population, a portion that doesn’t differentiate between good and bad, right and wrong, justice and injustice.

Over the last decade and half, it has been proven to us that the corrupt PFDJ will never embrace the idea of reconciliation. On the contrary, it will continue to loudly declare it only understand the language of brute force, that of guns and violence. And several officials of the ruling party have declared that: if the opposition wants to change the regime, it should remove it by force. They say, “fight it”, literally. “Show your manhood” is the challenge that several ambassadors of the regime, including those in the USA, UK, and Israel, condescendingly threw at the opposition.

Since the first of April, Eritreans have been discussing the ordeal of an Eritrean citizen, Mohammed Hussein AlAmaoudi, who was incarcerated for 13 years. While in jail, Mohammed lost his eyesight, and his entire family of three children and his wife drowned while crossing to Europe. Eritreans haven’t come to terms with Mohammed’s predicament when they heard about the other tragic news: regime soldiers shot and killed conscripts in Asmara.

The two incidents and the discussions that followed among Eritreans is a testimony about how bent the regime is on taking Eritrea to the abyss. The reaction of the regime supporters to the two tragic events is very bothersome, yet, it’s a clear indication that the ruling party means what it states through its different mouthpieces: it doesn’t understand any language but the language of violence. To make matters worse, there are a few opportunist Eritreans who present their silence in the face of injustice, or their open support of the regime, as a sort of virtue. Worse, they shamelessly boast they are fair minded while they are individuals who have the illusion they are sitting as judges in a courthouse. Ironically, they are always quick to support the regime’s position, on any issue, and zealously defend it in a way the official media of the regime wouldn’t.

What we have in Eritrea is not a football game of two teams, one representing the people and another representing the regime; the two are not equal contenders in a competition. On the contrary, the regime is armed to the teeth, commands all the resources of the country, and rules with impunity and cruelty, while the citizens are under the mercy of the regime, suffering from its wrath, aggression on their freedoms and liberties, helplessly watching while the regime confiscates their property, and snatches their children, at will. So, when the regime shoots or incarcerates Eritrean citizens without due process, without sentencing them, to the extent that they lose limbs and sight, or are inflicted with mental and physical illness, its supporters assume the role of judges (a bribed judge at that) and pass their verdict on the cases—they have an illusion that they are neutral citizens.

Recently, a Diaspora Eritrean who thinks the Eritrean predicament is a vague issue, seemed to trivialize why his compatriots are fighting the PFDJ. He asked: “I just want to know to what I am changing! what are the programs for the change! who is doing the change! HOW the change is achieved! what the cost of the change is!”

To see an Eritrean who trivializes the struggle in such a away is sad because you don’t expect that even from a non-Eritrean. Most of the regime supporters think they are neutral, or fair, individuals. In fact, the PFDJ supporters might be inflicted by the Messiah Complex, just like Isaias. Our disillusioned Diaspora Eritrean thinks his role in issues of justice and freedom is that of an auditor, he thinks he is the go-to person to whom everybody should report the answers and then he would tick and approve the points or disapprove and cross them.

Such individuals are worse than the regime, they are the aggressors and self-declared adversaries of Eritreans who are pursuing justice, and freedom and liberty of their people. The cowardly supporters of the regime lack any sense of humanity and compassion, they are opportunists and the worst example of an Eritrean. If past experiences are a lesson, they belong to a tribe, a tribe that has been anti people throughout history and whose motto is: “zbereqe tsHaina znegese ngusna” [whichever rises on the horizon is our sun, whoever rules, is our king]. And these are the greatest danger for the establishment of a just nation. They promote violence, injustice, bloodshed, and at the end, if they feel they are winning, they continue the bloodbath, but if they think they are losing, they switch allegiance to the party they think will be the victor.

if the PFDJ fell tomorrow, such people will be at the doorsteps of the new system before those who think they have sacrificed a lot for Eritrea. But those who know their history will not be surprised. The aggressors of today will be the gatekeepers of tomorrow’s Eritrea—it didn’t take them time to switch their loyalty from Haile Selassie regime to the Derg regime in 1974, and it didn’t take them time to switch their blind loyalty from the Derg to a zealous loyalty for the PFDJ, immediately after independence in 1991. Similarly, it will not take them time to switch and pledge allegiance to the system that replaces the PFDJ regime in the near future. However, we don’t think Eritreans are as naïve as they were in 1991—for twenty five years, those who switched loyalty from the Derg to the PFDJ in 1991 have wreaked havoc in Eritrea, they destroyed its religious, diplomatic, social and educational institutions. Worse, they fattened the repressive regime of Isaias Afwerki.