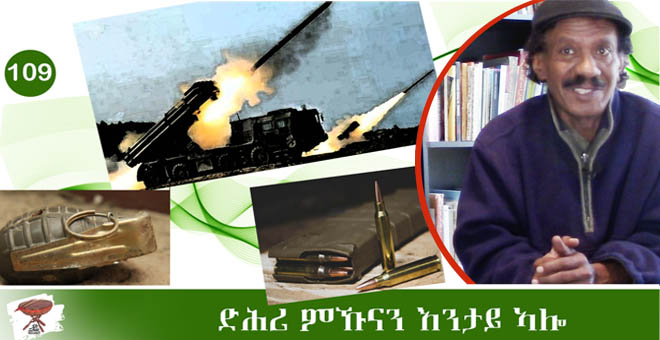 The dead do not hear. One can whisper, shout, scream, and call a dead person, but you do not get an answer. And like a dead person, the leaders of our region do not listen. I have concluded long ago that they have become prisoners of the social media simply because they cannot control it. But they control local information and they shut the people from the rest of the world to conveniently spread only their own propaganda leaving the captive audience confused. They are sandwiched between partisan and government sources.

Why are the leaders so interested by what happens in social media? Because they would rather tweet their messages to the few with Internet access and not worry about the rest of the population. What is discussed on the Internet is important to them because it uncovers their crimes and violation against their people, and that is what reaches their patrons, enablers, and financiers. That makes the diaspora the major opinion makers at the expense of most of the local stakeholder. However, destructive partisanship, ethnic hatred, bigotry and chauvinistic attitude are in abundance among the diaspora. And people are sucked into the social media warfronts where many think they are bigger than they are. Then they stop saying “I” and declare “we” instead.

I have told a story about a hardheaded soldier who insisted on trying on a child-size T-Shirt. He kept pulling it over his head while the shop owner kept telling him it was not his size. The shirt was torn into shreds. So, those who are using the big word “Condemnation,” against the warring entities in our region, please stop it. Use humble words like, ‘I wish the war stopped. I wish they don’t bomb civilians, etc.’ You can even curse those you think are the culprits—I won’t mention their names, it is a secret! May the ground swallow them, may a lightning strike them, etc. But condemnation? Then what? You are neither a superpower nor the UN. Your condemnation is of no consequence.

If you are so appalled by the war, I have a better suggestion for you to do: 1) stop agitating for war (you forgot about that!), 2) if you have nothing positive to say or add, say and do nothing, and 3) if you must agitate for war, go to the warfront and carry a gun. Stop your empty bravados from a distance.

Let me start this with a good grapevine news: I heard  the PFDJ has appointed a shadow information minister whose tweets and Facebook entries are so uplifting. Eritrea is prospering. The PFDJ has built a few mountains and painted the sky blue. The transformation in the Eritrean landscape, economy, army, and …everything, is unprecedented. Long live The Dear Brother Leader Kim Is Su.

If you do not die by the sword, you will die in a different way
The cause of death varies but the result is the same.

If a missile hits a rock in farm, it might break the rock and provide the farmer with an extra space. But missiles are not fired to relieve farmers but to kill, to terrorize, and to give a signal of what could follow. On Friday we heard missiles hit Bahr Dar and Gondar. That was a sign–the TPLF showing it can reach far targets. And it threatened to hit Asmara. On Saturday it bombed a place around the airport. And that has suddenly made many people angry. Their tone has changed, “We condemn it.” And I would like to ask them: Why didn’t you listen when people warned your hate-mongering could result in a war? What did you expect from a war? Did you think armies distribute popcorn or drop flowers from the sky? No. Armies rain bullets and bombs. That is what they do. And if they do not fire missiles, they can rain bullets on each other, and someone’s son, someone’s husband or wife, father, mother or sister is killed. That is what you have been calling for… for years, playing courageous and brave from a safe distance. You are morally responsible for any destruction, for every life lost, for every family broken and for causing all the sadness on the faces of the bereaved people. So, learn decency, stop your violent outbursts and agitation for war.

But that is not enough, we need to upgrade our culture, or better yet, let’s start a cultural revolution!

The Culture of War

You sit in most of our weddings, the music starts, and suddenly a bunch of men rush in totting spears, swords, shield. The music is mostly agitational war song. The warrior dancers could be dressed in an elaborate medieval war dress. And that is a wedding. A wedding for God’s sake! What business do swords have in a wedding? Some wedding parties look more like a rehearsal for battle than happy occasions. I know. Many would say it is our culture, they may even be offended.

All humanity has a warrior past, but they grow out of it. Why are we still dwelling in it? Why can’t we dance and be happy without the memorabilia of violence?

You see, most Europeans, especially the Vikings were fierce warriors who chopped the heads of each other with axes. They were bloody and violent until a few centuries ago. But now they are the most civilized societies and only their legitimate governments are sanctioned to use violence for a legitimate reason. Swords, shields, spears and war cries has no place in a happy occasion or in a civilized society. Every sensible person should shun this ugly culture because it has been breeding violent people for centuries. Most violence erupts from amongst people who religiously keep such cultures alive and insist on keeping it. How about holding a Book, or a torch, as a symbol of knowledge when dancing? Think about it without being too emotional or too sensitive. But remember, that culture is guiding us into recklessness.

True, if you are already wet, you are not afraid of rainwater. It will change nothing. Conversely, if one is used to violence, one more war and one more massacre become normal. One is conditioned to accept it as a normal way of life. But there is nothing normal about hacking people and blowing them up. No good comes of wars but pain, suffering, backwardness, poverty and destitution. And peace is what I think people need, in fact any sane, normal human being aspires to achieve that. And if a society fails in spreading peace among itself, it is calling for violence. If it is anti-peace and unity, it’s necessarily violent and anti-unity.

Such powers have controlled the lives of our people for too long. It’s time to shun them. It’s time to end the suffering of Eritreans once and for all. But that requires action and I hope those who have the power to change the livelihood of Eritreans act and free the Eritrean people from fear and political anxiety. That is the main hurdle preventing peace and stability in Eritrea. And once that nightmare is removed, once there are signs of a promising future for them, nothing will stop them from joining the civilized world, the prosperous world, and be a normal member of the world community, not a country that is looked at with contempt and negative aspects. I hope the day comes when people will feel safe in their country. Secure in their country. Proud of their elected, representative, legitimate, and just government. The clouds of violence and fear will clear out and we will see a clear sky and contemplate the limit that we think is too high.