Unfiltered Notes: The Day After

Posted on January 24, 2014 by Tewelde Estifanos in Articles 123 Comments 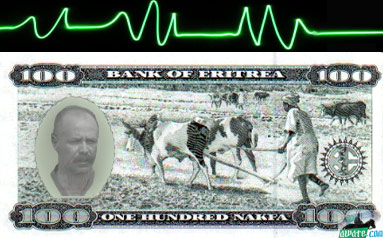 I remember the face of one compassionate Italian mayor – full of sadness for people she didn’t know – clearly showing her deeper humanity. This was last October when the world mourned the Lampadusa tragedy where over 360 Eritreans perished in the Mediterranean Sea. Predictably, Eritrea’s regime known for inhumanity against its own citizens, showed no such compassion. Knowing full well these were people who fled its forced labor programs, the regime first tried to disown them as “illegal African immigrants”. It later attempted to shift the blame to imaginary enemies and finally refused to allow burials to take place in Eritrea denying much needed closure to grieving families.

One thing is certain. The longer this regime stays in power, the more destruction and destitution Eritreans can expect. The question is: do we have what it takes to free ourselves from this burden sooner than later and to face the challenges of the-day-after before things go the way of South Sudan and Somalia?

Although the sense of urgency is not quite there yet, there is definitely room for optimism we can do this. The growing calls for justice and freedom around the world, Dr. Tewelde’s (wedi vacaro) refreshingly clear and direct campaigns, the growing support for wedi Ali’s family, the massive demonstrations in Israel (albeit for a different but related reason), and continued defections away from the regime are good indicators things have crossed the point of no return. Bravely taking responsibility for one’s actions and publicly apologizing for past mistakes, as Dr. Tewelde did is also admirable and will, hopefully, become a new trend for others to emulate. As more people take such honorable steps, maybe good societal values that were so mercilessly trashed by the regime for decades, can be restored as well.

To add to the optimism, credible rumors are floating around that Haile Menkorios maybe in the opposition camp. If true, this is indeed good news because he has great connections that can be put to good use. Hopefully, he and his group will also take advantage of hind sight to think differently this time and start building a broader coalition that appeals to greater number of Eritreans than before. Perhaps then, people like Mr. Herman Cohen can also free themselves from the bondage of only seeing the rotten regime as their only potential partner and stop giving it legitimacy it does not deserve. Wouldn’t it also be nice if Haile’s group also took public and concrete steps to approach Dr. Tewelde and others to show Eritreans can really work together after all?

I have nothing but respect for what Dr. Tewelde is doing. But since no one is perfect, those close to him should advise him not to alienate anyone. This is the time we celebrate Dr. Martin Luther King’s life in the U.S. So, if we must judge anyone, it should be based on nothing but “the content of their character”. We need to accept that everyone, deqi “ArbEa” or otherwise, are equally Eritrean. Period. The sooner we internalize this, the better chances Eritrea will have to heal its deep self-inflicted wounds.

Only through full and unreserved inclusiveness, will we be able to channel everyone’s skills and experience to take on the hard work ahead. Meles had a simple and beautiful vision to see the day when every Ethiopian has three meals a day. He identified poverty as public enemy number one and millions of Ethiopians are committed to that worthy goal now.

By contrast, Eritrea has no such vision, showing our poverty is really in our heads. In spite of 1000 Km of coastline there is hardly any fish in town and malnutrition is widespread. With two deteriorating ports and unaccounted for gold revenues, Eritrea is poorer than ever before — where life is sustained through remittances and people are unable to support themselves on honest earnings. Eritrea could have been a middle income country by now if it were not managed so badly.

To reverse this, the younger generation from which future leaders will necessarily have to emerge, must shift the conversation away from the fruitless polemics of the past and re-focus it towards a more productive and hopeful future. As the saying goes, since the future cannot be predicted, you might as well invent it. So, if we can accept the simple fact that a working economy is a good pre-condition for a better future, then our conversation will have to change to what needs to be done now to get there. Much less weight should be given to ‘who did what to who during the ghedli years’ (less than 5% maybe), and much more to what environment we must create to attract the right people to partner with to build a lasting economy.

Since productivity and efficiency are key drivers for a growing economy, we will then be forced to think about how we can keep our society healthy to come up with an equitable and efficient public health policy. Sick or malnourished people can’t be that productive even if the will is there. Education is another key contributor to economic health. And commitment to good education will, in turn, force us to shift our thinking to how we can free education from the grips of propaganda and on re-focus its purpose to seek knowledge and truth — as it is meant to be. All these need to take place now before the-day-after arrives. Otherwise, simply waiting for the-day-after to arrive, as we seem to have done so far, will only increase the chances of mismanaging the vacuum it surely will bring along with it – leaving avoidable suffering for future generations.

If we manage to change the conversation with a strong bias towards the future, however, better choices will emerge — brightening the future bit by bit. Some choices will be of the standard variety and some from way out in the fringes but no less exciting. Here is a good example from India (http://www.ted.com/talks/bunker_roy.html). Did you miss the part about starting democracy early and the 12 year old Prime Minister? Go back!