Tribute to A Fallen Hero that No One Wishes to Remember

Posted on July 4, 2007 by Beyan Negash in Articles 0 Comments 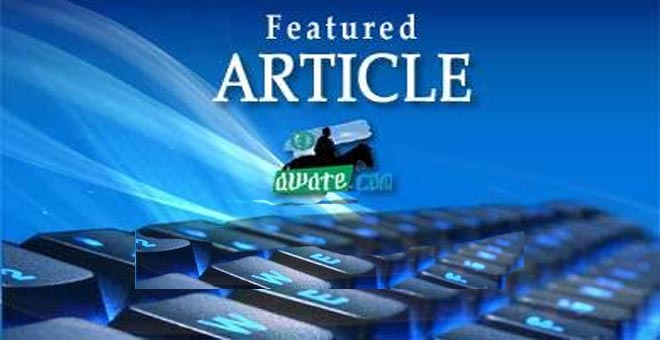 The prompting of today’s article emanates from two disparate elements. An article written by Tricia Redeker Hepner in Eritrean Studies Review, Special Issue , 2005, and Selam Kidane’s article in Asmarino on remembering the martyrs this past June 20th. The latter’s notion of choosing to include the fallen heroes of Eritrea along with those that are facing hardships mid seas as they try to find a refuge is commendable one. Such a notion is calling on me to do the same by paying a tribute to a man of principle, naemely, Mengisteab Yisaq of Eritreans for Liberation in North America (EFLNA) better known in tigrinya as, Ertrawyan nNatsnet ab Semien Amerika, ENASA.

For contextual purposes allow me to indulge on what’s known of the author of this note worthy endeavor, who has unearthed a wealth of information that provides, as it were, the history of EFLNA/ENASA; a written history that had been lacking in the Eritrean circles for the longest. I recall vividly in dying to know about this important chapter of Eritrean students in the United States when I was student at UCLA in the early 90s. Few years later during mid 90s, as a member of dehai.org, the first Eritrean website, my attempt to entice Eritreans heeded no positive response, for no Eritrean scholar or otherwise was willing to touch this highly influential chapter of our history that we all can learn a great deal from. My kudos goes out to Ms. Hepner for tackling the issue.

Ms. Hepner, by extension EFLNA/ENASA, are inseparably intertwined. After all, her Ph.D dissertation was analyzing, to borrow her own words, “…of trans/nationally constructed identities among EFLNA returnees”, which is titled, “Eritrea and Exile: Trans/Nationalism in the Horn of Africa and the United States.” (Michigan State University, 2004).

The pivotal historical legacy that marred EFLNA was also the tipping point that would define permanently not only in how EPLF had won in the power play between it and EFLNA, but also till recent years, EPLF turned PFDJ would be the only dominant force in the entire United States.

The forming of EFLNA/ENASA was intriguingly unsystematic and was of sheer coincidence, devolution from an unlikely source, which literally came to be formed as an offshoot from Ethiopian Student Union in North America (ESUNA).

Whether lacking political consciousness or as a venue to tab into the right resources, the Eritrean students, by default, it seems, joined the ESUNA.

After all, most of the Eritrean students that came to the United States to receive higher education in the late ‘60s up to mid ‘70s came, courtesy of the King Haile Sellassie system of government.

Ethiopian Student Union in North American (ESUNA) was established in 1950 and unequivocally, in no ambiguous terms, had a resolution in its charter “condemning the Eritrean Movement as “reactionary and sectarian” in its 17th Congress of 1969 (Hepner, 2005: p40). Yet many notable Eritreans of today such as Haile Menkorios were part of EUSNA in the 1970s but later would shun it to join the EPLF.

Had the ESUNA leadership condemned the December 16, 1970 massacre in Keren and its environs in which some 2000 Eritrean villagers were summarily killed by Ethiopian army, as many of ESUNA members of Eritrean origin wished it to do, one could not help but wonder if there would have been an EFLNA/ENASA in the United States at all?

Ostensibly this flashpoint would cause the formation of EFLNA/ENASA, for EUSNA chose not to condemn the massacre for a concern of appearing to legitimize the Eritrean Liberation Front (ELF), albeit indirectly (Hepner, 2005: p41). This short sighted reaction by ESUNA, a knee jerk reaction, really, would soon create a rift between ESUNA and its Eritrean members, thus prompting the formation of EFLNA/ENASA.

This missed opportunity on ESUNA’s part, unbeknownst to it and unforeseen rapid socio-political space would take a foothold in the United States. In fact, Hepner, goes on to say:

“…in less than a decade EFLNA evolved into one of the most powerful Eritrean nationalist organization in the world aside from EPLF and ELF. EFLNA’s co-development alongside the EPLF in Eritrea helped lay the foundation for an Eritrean trans/nationalist social field-that is, a set of practices and relationships designed to further nationalist goals by transitional means – which still conjoins Eritrea and its diaspora into a single, if not unified, entity. EFLNA therefore remains key to understanding many patterns underpinning contemporary North American diaspora life and the strategies of transnational integration and dis-integration pursued by Eritrean state under the Peoples Front for Democracy and Justice (PFDJ)” (Hepner, 2005: pp 37-38).

Partly, ESUNA’s blunder would end up helping the strengthening ties between EFLNA’s notable members, who would later play crucial role in EPLF’s liberation movement and after independence in PFDJ, the list of which is provided below. It is worthy noting, in fact, EFLNA claims that it simultaneously attempted to contact on numerous occasions both EPLF and ELF because it wished to stay as independent entity, but was, according to Hepner, rebuffed and fell to deaf ears. If true, then, ESUNA first and ELF later missed an opportunity that would have served them become more effective organizations, for that’s precisely what EFLNA would help EPLF do. About EFLNA/ENASA incessantly attempting to reach out to ELF as it was doing the same with EPLF seems to be hearsay, for Ms. Hepner, produces no written documents to verify the alleged efforts of reaching out to ELF by ENASA.

Several sources that I spoke with allege that no such thing as reaching out to ELF took place by EFLNA/ENASA.

Amongst the individuals that joined EPLF, most were and are in the highest socio-political post in pre and post independent Eritrea respectively. By the time EFLNA/ENASA had its first General Congress meeting in Washington DC, on the 18th of June, 1971, it had attracted impressive members. Here is the list as extracted –literally- from Hepner’s article in Eritrean Studies Review, Special Issue, 2005: p45.

Haile Menkerios: Once a leader in ESUNA, later returned to Eritrea to join EPLF in the early 1970s where he became a member of the EPLF Politbureau, and upon independence, the permanent representative of Eritrea to the United Nations.

Andeberhan Woldegiorgis: Current ambassador of Eritrea to the European Union; former president of of the United Nations Mission to Eritrea and Ethiopia (UNME).

Yemane Gebreab: Head of Political Affairs for the PFDJ and Presidential Adviser to Isayas Afwerki.

Hagos “kisha” Gebrehiwet: Head of Economic Affairs for PFDJ; former representative of EPLF in the US and first ambassador to the United States.

Stefanos Seium: Former minister of Agriculture; former head of Finance for the Ministry of Defense; dismissed and arrested in 2001 as one of the “G-15” dissidents within the PFJD Central Committee.

Therefore, it is not far fetched to see that the Eritrean liberation movement is replete with contradictions: simultaneously revolutionary and counter revolutionary acts in the same space and time.

The struggle for independence has engendered unsung heroes like the late Mengesteab Yisaq, of EFLNA/ENASA – gathering from what little is written of him gives an impressively principled snap shot of his life, which seems to be in short supply in the Eritrean socio-political landscape today.

Part 2 will be on Mengesteab Yisaq. It seemed imperatively important that today’s piece would be posted prior to giving tribute to the man that I feel deserving remembrance, remembrance that I hope will give positive commemoration, albeit almost three decades late. “Halengi Sewra Ertra” indeed was long and brutally intrusive and Mengisteab was not spared from its corollary effect and reverberations of which still linger with us in today’s Eritrea.