Time For Blunt Discussion On Region And Religion

Posted on January 9, 2015 by awatestaff in Articles 187 Comments 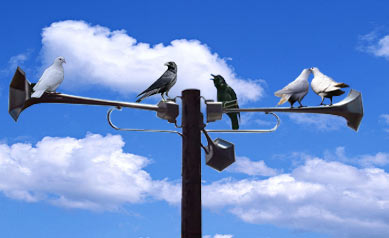 [Note added on Jan. 12, 2015: we discovered today that the article that we translated below (red text) is almost fully plagiarized. We apologize]

On November 10, 2014, Saleh Johar wrote an article entitled “Crusaders” Branding Others “Islamists”. Subsequently, the English article was translated into Arabic and posted on several Eritrean websites. On Dec, 13, 2014, EriAdal TV from Sweden published a Youtube video of an interview it conducted with Saleh Johar, mainly centered around the topic of the above mentioned article. On December 31, 2014, the article that we are presenting to you below appeared, in Arabic, on farajat as a reaction to both the initial article and the EriAdal interview. The writer is objecting to Saleh’s rejection of national debate where, he believes, quoting religious narrations hinders dialogue.

Awate.com believes that Eritreans need to have dialogues between, and among, Eritrea’s social segments and population groups, and particularly within the Eritrean Muslim population because there is a challenge in discussing national, social and political issues without some using the Holy books and historical narrations as conversation-enders. We would like to embolden all Eritreans to discuss issues without fear. We encourage Muslims and Christians who have so far been intimidated by the puritans among us into silence, to speak up.

We have translated the Arabic article that appeared on farajat, and we are sharing the exchange with you because we see the wall of separation that exists between Tigrinya / English vs Arabic readers in the Eritrean political sphere, with negligible overlap in the conversations. We believe that those who attempt to break down the barrier by translating works from English to Arabic and Tigrinya are doing a great service to the inter-Eritrean debate, and we invite the rest to help in such tasks or simply join in the conversation.

Oh Judge*, Why Have You Ruled The Invalidity Of Islam In Our Life?
By: Mohammed Idris Genadela- Switzerland

Ustaz Saleh, we have appreciation and respect for you as a renowned Eritrean journalist and writer, and we applaud your past and present political and media role in the service of the Eritrean case; this is an area of specialty where you can excel and be creative. But shame on you to speak about a religion that you are ignorant of!

In your article and interview with Eri Adal Television you said, “we do not need a professor to correct our examination papers”, but you exceeded professorship and installed yourself as a judge over the entire Eritrean Muslim people who don’t agree with you [since] you want to impose a way of life for the people. Which one is greater, imposing a curricula and courses [for a way of life] or correcting examination papers?

What is wrong with you, people, how do you judge? Shame on you for wanting to forbid a behavior only to come with what is worse .

How do you assume the invalidity of religion in politics and state when religion is a way of life of human beings, which does not have a separate role independent of worship. And politics, in its simplest sense, is the caring for the affairs of the nation; in practice, the state exercises such care, internally and externally, through its official apparatus, and the people supervise the state through their properly elected legislative parliaments. Politics requires from the ruler to correctly manage the affairs of the country and the people; the ruler must have enough wisdom and common sense in what he intends to do or not do. This in turn requires skill, experience, and knowledge of what is required by the leaders and presidents, and the ability to exploit available capacity in an optimized manner to achieve political, security, and economic stability, and good management of state resources without excesses or negligence. Therefore, it is a must for a mature nation to take care of its policies. But to say that that Islam as a doctrine and law should be kept away from politics, at arm’s length, is a view imposed by Lucifer and it is a hallucination of secular extremists who hate Islam to the extent of prohibiting it.

Religion and politics in Islam are two inseparable things, never, and you have to contemplate on the approach of our kind prophet, may peace be upon him, during the time of the State of AlMedina AlMunewera.

Firstly: the Holy Prophet, peace be upon him, was a successful political leader. After he freed the minds [of the people] from the restrictions of pagan worship, he established the Islamic State in the hearts of the people, and he established a leadership that led the Muslim community to build the world and to protect the religion.

In Mecca, he established the state of Islam in the hearts of his companions and followers, but in Al Medina, he founded his real state on the ground. When he, peace be upon him, arrived at Al Medina, he developed a document of a great legal and political importance, which today is called a constitution, and he defined the components of establishing a nation, he defined the nature of relationship between Muslims and other citizens, especially the Jews. And he organized the elements of power and sovereignty in the emerging state– all of this [was accomplished] early in history when [elsewhere] the elements of the state had not yet appeared. In that modern civil state, he transformed rival tribes, warring over water and grass and hay, into one nation and a strong state that has a constitution that defined its parameters.

Isn’t all of the above an authentic political action?

Has religion become an obstacle as you claim, and you are annoyed because of the mere mention of the narration of Bukhari and Muslim?

Secondly: the Prophet, peace be upon him, faced two major political problems; namely, the problem of multiplicity of Arab tribes, and their conflicts in many places, and the hostility of the Jews against him. He therefore carried out an important political undertaking, which is the bond [he created] between the immigrants who followed him in the migration from Mecca to Medina. This was a political approach that started the establishment of a strong and unified state, since it does not make sense to establish a state on the shoulders of a feuding and warring groups to prevent the tone of “We are one people, and you a different people” does not prevail. Today, this great political awareness that the master of messengers had is not found among specialists who spent half their age in the study of political science, though some would demand to kill half of the people so that the other half can live in peace and live in prosperity, that would not dwindle and would not be disrupted by any disruptor. What kind knowledge and awareness is that?

As for the Jews, he specified for them, in the Constitution, their rights and obligation.

Was the teaching of the religion, which you mock and flout, confined to the faculty of Shariaa?

Then, what is this audacity to God when you talk about developing a way of life for all the people, Muslims and non-Muslims, what have you left for God to do?

Third: The Prophet, peace be upon him, is the first who taught both humanity and politicians “the science of diplomatic dialogue.” And that is [represented by] his sending, may peace be upon him, letters to the kings and heads of neighboring countries: nearly two hundred messages, to the kings, chiefs and notables of the time. He selected ambassadors and diplomats carefully. Moreover, he assigned some of his companions, may Allah be pleased with them, only for that political task. Among them [was] Dahya AlKelbi whom he sent to Caesar, the emperor of the Romans; and Abdullah Bin-Hdzafa, whom he sent to Kisra, the King of Persia; and Omar Bin Ummeyah, to the Negashi, King of Abyssinia; and he sent Hatib Ibn Abi Balta’ah to Cyrus, King of Alexandria; as well as  Amr Ibn al-Aas AlSahmi, whom he sent to the King of Oman; and he sent Al-Alaa Bin Hadrami to the King of Bahrain; this demonstrates [his] outstanding political leadership that established social, economic, and administrative system that still represents the most robust system compared to the systems of the world.

Isn’t all of that purely a political act? Did religion hamper politics at that time? Or did religion cleanse politics from the wrath of the deadly clannishness and tribalism?

The enemies of Islam portray politics as if it contradicts the holy message of Islam, and this is a lie and defamation because the call of Islam was to make people worship the Lord of all and to liberate them from submission to any ruler who rules the people with the power of the sword, and not with the sword of the law and the constitution, that the nation enacted and agreed upon–the knowledge of political matters, and how nations and peoples are ruled, and how to dialogue with others, and how to manage international politics, and the relations between states and peoples with each other, is something that has to be known by the guardian of such a nation, assisted by an elected advisory and legislative councils.

Isn’t all of the above-mentioned a foundation from the foundations of politics in Islam?

What Ustaz Saleh Gadi is seeking through his meetings and writings is to disqualify Islam as a doctrine and law, and a way of life, banish it from daily life itself, as well as from politics, and for Islam to remain trapped in mosques and in the hearts of believers? This is an explicit call to “Christianize Islam”, or convert it to Christianity by completely removing if from the affairs of daily life. That way, he wants to separate Islam from politics so that politics remains in the hands of gamblers and adventurers who do not wake up from their intoxication until the time of darkness inside graves where there [awaits] exhibits and accountability.

Why this grudge and hate of Islam?

What remains in this life after the exclusion of religion, doctrine, and Shari’a, and way of life? Is the role of [religious] scientists and scholars limited to speaking about the provisions of menstruation and postpartum, and what spoils ablution, and the etiquette of entering the toilet, and explain the amount of alms [that should be given] during Eid Al-Fitr, and the edicts regarding the [use] of fragrances, and torment of the grave?

Has the Islamic religion become a heavy burden on society which must encircle it and get rid of it? Must politics be left to murderers and criminals and the drunken? Is Islam just a religion and it has nothing to do with the affairs of daily life?

If politics is the handling of the affairs of a nation, and to ensure that their interests are protected, and to provide housing, food and drink; treatment and education of the citizen; if politics is war and peace, and the conclusion of treaties; if politics is industry, agriculture and trade; if politics is education and formation of political parties and charities; if politics is caring for the poor and building of hospitals, schools and universities, if politics is all of that and Islam has nothing to do with that, please inform us about your knowledge, of what is the kind of Islam that you want, oh dear “Judge” Saleh Johar?

* In Arabic, “Gadi” means a judge and the writer has used wordplay to derisively address Saleh Gadi Johar as “Oh Judge”.