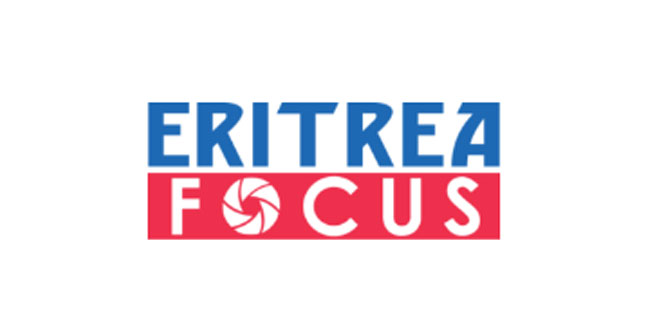 The Eritrea Focus recent conference titled ‘Building Democracy in Eritrea’ aroused responses from various corners, including Awate.com; “The London Conference Stirs Controversy” dated 28 April 2019. The article makes a number of observations about the conference some of which could have been easily dealt with by an email or a phone call from Awate.com to the organisers who would have been more than happy to positively respond. The bottom line for us in Eritrea Focus and indeed for most of our fellow citizens is that we have an enemy within. The critical question then becomes how we work together to remove the enemy and as part of that process, begin to plan for post-regime change. We need and must collectively act urgently to save the very fabric of Eritrean society and ultimately the sovereignty of our country.

Eritrea Focus does not claim to represent the entire Eritrean people. But it endeavours to elevate and expose the suffering of the people by working with as many members of the diaspora and the international community as possible. We are a non-party organisation, ethnically and religiously inclusive, with a clear objective to be transparent in all that we do. In this regard, we believe the aims and objectives of Awate.com, Eritrea Focus and other opposition groups is one and the same.

The “Building Democracy in Eritrea” conference held on 24-25 April in London was organised by Eritrea Focus in partnership with the Institute of Commonwealth Studies, University of London. The aim of the conference was to look ahead to post-Isaias rule, rather than dwell on the past whilst at the same time drawing important lessons from it. Thus, we considered and set out a series of realistic

steps towards addressing the challenges in establishing democracy in Eritrea once the dictatorship of President Isaias comes to an end. The conference sought to encourage robust and constructive discussions on the future of Eritrea, and to utilise the imagination of Eritrean and international experts, in pursuit of this goal.

The conference was forward-looking from the start, and whilst there were some discussions about recent developments on the ground, the primary focus remained marking the start of ongoing dialogue relating to democratic reforms in Eritrea. The conference programme, including details of speakers, moderators, and leaders of discussion sessions, has been published online.

Despite the positive intentions behind the conference, and the productive and enlightening discussions that it engendered, we feel some observers have chosen to make ill-informed and incorrect assumptions about what took place. It is in this light that Eritrea Focus is responding to your article titled “The London Conference Stirs Controversy”.

Firstly, we hold our hands up and regrettably admit the conference was not as inclusive as we would have wished. A perfectly inclusive conference would have been 50:50; gender, faith, age and ELF/EPLF participation. We are not perfect and clearly, we did not achieve that but I assure you it was not for lack of trying. We had a Conference Planning Working Group that met regularly for about 5 months to consider the programme, the composition of professional delegates and speakers. Of the total c. 200 delegates on the original list, about 30 percent were Muslims, slightly more than that were women and considerably fewer were youth. We monitored the numbers at each meet and proactively worked to increase participation of professional and experienced people from all sections of the Eritrean society. Despite our efforts, however, participation by Muslims, women and youth were disappointing. Our view is that there is lack of trust amongst the Eritrean diaspora – a hurdle we must overcome. Youth participation could have been improved, in our view, by holding conference over a weekend rather than weekdays when most of them would be in education or work.

We acknowledge that we still have a long way to go to be truly representative of the full breadth of Eritrean society; particularly with regards to women, faith, ethnic and age groups. Whilst every effort

was made by the Conference Planning Working Group to ensure the diversity of professional delegates and speakers, we accept that we fell short, and spoke openly about this on the second day of the conference.

It is a shame we did not have the pleasure of representation from Awate.com at the conference, despite our invitation to a former member of your leadership team who regrettably declined. That

would have perhaps given us the opportunity to discuss an inclusive participation approach for future conferences. But it is never too late and we welcome Awate.com and others guidance on how we can

Secondly, let us respond to what we think are ill-informed and incorrect assertions in your article:

The Eritrean Government’s attacks on the conference is less surprising. Their tactics involved unedifying criticism on a British politician who took no part in the conference, character assassination of prominent Eritreans and linking the conference to the TPLF. It is a shame that the conference has been the subject of this misinformed and inaccurate criticism, but Eritrea Focus is aware that challenging the criticism is unlikely to go far with Government officials. Nonetheless, a response addressing the incorrect statements has been issued on the website, and can be viewed here.

In addition to the speaker’s papers and as next steps, the conference has set out a number of strands for which it has identified expert leads to progress over the next few months and ahead of a follow-up conference later this year or early next year. The topics which we hope will form part of a transitional blueprint include: rule of law and administration of justice, rapprochement between Ethiopia and Eritrea, the national economy in an integrating region, Eritrean diaspora working together for the common good of their country, engagement with international democracies and lessons from other countries that transitioned from dictatorship to rule of law. We welcome suggestions from Awate.com and others of professional individuals who are willing and able to contribute in any of these expert groups.

Eritrea Focus is committed to transparency, and our objective to remain open and inclusive is unchanged. We are dedicated to the aims of the conference and will work to progress the commendable outcomes that it has achieved. We welcome constructive criticism.