A Testimony On Eritrea To The U.S. Congress 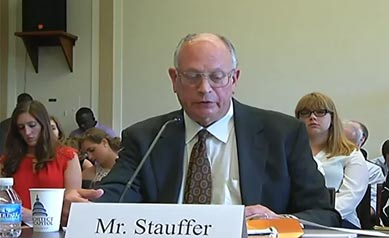 I wanted to inform you that I was, on behalf of the America Team, invited to testify at a Congressional hearing last Thursday, July 9th, by the US House Foreign Relations Committee, conducted by the House Subcommittee on Africa, Global Health, Global Human Rights and International Organizations, Congressman Chris Smith (R-NJ), chair.

My part of course focused on Eritrean refugees. I am pleased to say that I believe that new awareness and concern about the situation of Eritrea and its refugees and asylum seekers has been achieved with the US Congress as result of this hearing. There was extensive questioning and discussion following my oral testimony. Some of the items brought to the Subcommittee’s attention, and discussed, were:

• Conditions and mistreatment rampant in Eritrea at the hands of the regime that cause thousands of residents to flee the country month in and month out.
• Dismal and dangerous conditions that beset Eritreans in many places after they flee the country.
• How Eritrean security agents operate freely in Sudan and seek out and haul back high-value defector targets.
• The kidnapping, torture and extortion of refugees that went on in N. Sinai, and still goes on in Sudan and Libya.
• How Eritrean refugees first went to Israel seeking asylum, then more came as victims from extortionists’ torture; and how the number peaked at 35,000 with no official hospitality and public assistance; and that perhaps 30,000 remain with many imprisoned and unwelcome.
• How perhaps 7,000 torture survivors from Sinai are now in Israel without state provision of professional psychological attention for PTSD.
• About the COI study and report; the discredited Danish report; apparent lack of attention to Eritrea by the ICC; and non access to Eritrea by the COI and the Special Rapporteur.
• About the upcoming documentary we are co-producing, Refugee: The Eritrean Exodus, to be released soon.

HouseHearingTestimony7-9-2015 from John Stauffer on Vimeo.

We hope to create an edited version of the video of the hearing, focusing solely on the Eritrean subject matter, for all of those interested in that subject matter to see. We will also make available the transcript of the presentation and the subsequent Q&A session.

Also, two of us from The America Team participated at the UNHCR’s annual conference for NGOs worldwide earlier this month, in Geneva. In addition to making many important UNHCR and NGO connections there, we conducted a side meeting devoted to Eritrean refugees, which included a discussion panel with Gerry Simpson (Human Rights Watch), Eskinder Negash (U.S. Committee for Refugees and Immigrants), Elsa Chyrum (Human Rights Concern – Eritrea) and myself.

Attached to this e-mail is a two-page summary of the Eritrea refugee situation, that we prepared for this side meeting.

I will send you a note when more is available about the recent Congressional hearing.