They Spoke Truth To Power 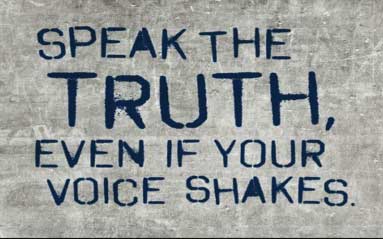 There is no dearth of honest, courageous individuals who, at various stages of the evolution of Eritrea’s current dictatorship, spoke out and stood up to injustice. General Bitweded, whose historic 1997 speech exposed PFDJ’s brutal rule; Seid Ali Hijay (Wed Ali), and his colleagues, who paid the ultimate price in search of freedom and constitutional governance; the five Catholic bishops who in 2014 wrote a candid letter cataloging the country’s ills; Ambassador Mohammed Nour Ahmed, who in a 2001 meeting challenged the authorities to declare the whereabouts of those who disappeared in the early years of Independence (including teachers at Islamic schools in Keren and other towns), are all well publicized examples of such courage and principled stance. We also remember the G-15 reformers whose 2001 Open Letter was a radical departure from the autocratic traditions of the EPLF which briefly gave hope to Eritreans that a democratic future was within reach. Earlier, a group of Eritrean intellectuals warned of the disastrous direction the country was headed in as a result of the concentration of power in the hands of one man. Then, of course, there were the brave journalists who paid a heavy price for attempting to chart the dangerous waters of journalism under a despotic regime; and those elderly citizens whose sense of civic duty prompted them to plead with the country’s ruler to listen to the voice of reason, only to find themselves thrown in jail. There are also many less heralded instances of ordinary citizens taking a stand and challenging injustice and corruption in various regions of the country. Here, however, I will write about four individuals whose stories I am personally familiar with.

Mohammed Adem Bani was a former fighter with the Eritrean Liberation Front (ELF) who had settled in his home town of Sen’afe following Eritrea’s independence. Those who knew him say Mohammed was a free spirit who never hesitated to voice his opinion and had a penchant for intellectual debates – qualities which brought him on a collision course with the PFDJ authorities. In the public meetings called by PFDJ operatives in Sen’afe, Mohammed was not your average passive participant. He would always try to engage the meeting in real debate, whether it was about ways of organizing the community, about the delivery of public services, or other public issues. Occasionally he would bring a book or two along and quote some revolutionary thinker to support his arguments. Of course, such independent spirit and openly democratic attitude was not appreciated by the ruling party functionaries, who were not used to being challenged in real debate, and, hence, not in the mood to entertain his style, but Mohammed never seemed aware of the danger surrounding him. On 24 December 1996, he was snatched from his home by security agents not to be seen or heard from again. His disappearance was part of a wider crackdown in Sen’afe and Adi Keyih which targeted dozens of citizens in those areas. (In the same operation, Yousif Abubakr Fora of Sen’afe and his wife, Fatima Mohammed, who had screamed for help and tried to resist her husband’s arrest, were both killed on the spot).

Another poignant tale is that of one resident of Asmara who unfortunately his name I could not ascertain. He was a teacher (possibly a retired teacher) who lived in the Mercato area in downtown Asmara (in a building opposite St. George bakery for those familiar with the area). This teacher was a participant in a meeting for the residents of Asmara called by the provisional government in the early years of independence. A number of EPLF leaders, including Sebhat Efrem, presided over the meeting and gave speeches, then invited the audience to ask questions and provide comments. The teacher was one of those who spoke. After applauding the EPLF’s decisive role in bringing Independence, he urged the leaders sitting on the podium to invite their ELF counterparts and all former combatants who were outside the country to return home and participate in building their war-torn country. You brought independence, he told them, but they also did their bit in the struggle, and, above all, they are your brothers and sisters. “Hayli yebilomn ilkum AitnAqwom” (“don’t underestimate them because they lack power”), he stressed, “hade qumal ekua srrekha zefitiH!” (even a single louse can make you throw your clothes!). For sometime, this person went on with his life and never occurred to him that he had done anything wrong. In PFDJ’s book, however, he had committed a deadly sin and had to be punished. A few months later, he disappeared without a trace.

The third incident is one that I was a direct witness to. The day was 24 October 1994. United Nations Day was being celebrated in the main hall of the Asmara Municipal building. The celebration included a panel discussion that featured the representative of the UN, Mr. Herbert McLeod, Yemane Gebreab, Head of PFDJ’s Political Affairs and Tesfai Girmazion, Minister of Agriculture at the time. I don’t remember the exact topic of discussion, but certainly it was about Eritrea’s post-independence development, including economic and political development. When it came time for questions from the audience, a young man with a distinctive goatee (I used to see him in town but did not know him in person) addressed Yemane Gebreab with a question that caused a collective gasp in the audience. I remember that question fairly accurately. He asked Yemane why the EPLF was still “clinging to power”. Wasn’t it time it handed over power to a representative government? … After that incident, I saw the man for probably a couple more years in Asmara, but not afterwards. For many years, I wondered what had happened to him. Fortunately, I now know he is safe and out of reach of PFDJ’s bloody arm. I bumped into him in an Eritrean pro-democracy rally in New York in 2011. I am sure many of you know Samson Redeab of Washington DC.

The last story is that of my friend Mohammed Dawoud Raka, whose dead body was found lying outside his apartment building in Sembel Houses in 2009. Here is a reproduction of a March 9, 2009 Gedab News story on Awate_com about the late Mohammed Dawoud:

Mr. Mohammed Dawoud Raka, an EPLF veteran and director of Al-Amal (Jalia) school in Asmara, was found dead yesterday,Sunday, near his apartment in the city’s Sembel Housing Complex (Enda Korea). His bruised body was found lying on the ground under his fifth-floor apartment No. 502 located in Block 101 of the complex. There is a strong suspicion that he was murdered.

Mohammed Dawoud joined the EPLF in 1989 and was assigned to the Front’s education department. After Eritrea’s independence, he continued to work at the Ministry of Education. He served for several years as Al-Amal School’s deputy director and later as director.

In 2001, he wrote a series of articles in the government’s official Arabic newspaper,‘Eritrea Al-Hadeetha’, criticizing the government’s education policy, especially with regard to mother-tongue instruction. He made his views, regarding the lack of constitutional rule, known in the various seminars he attended, including a series that were held at Asmara’s Youth Club (the Junior Club) in early 2001. Overall, he was known for his outspokenness which at various instances put him in direct confrontation with senior government officials in his ministry. He was also known to be a close associate of many G-15 leaders and other members of the 2001 reform movement, including Mr. Idris Ab‘are.

In 1998, he was subjected to prolonged sessions of interrogation, which extended over several weeks, after being taken by state security personnel from his office in Al-Amal school and, in another occasion, from a café that he frequented. He also suffered similar harassment in the months that followed the incarceration of the G-15. Several friends, who knew about the perils of his life in Asmara, advised him to leave the country, but he was adamant in his refusal.

Mohammed Dawoud is a younger brother of veteran EPLF fighter, Mr. Abdalla Dawoud, who also died in mysterious circumstances in Asmara in 1993. Abdalla was a long-time member of the ‘Secretariat’ in the office of the EPLF Secretary General, together with Mr. Woldenkiel Gebremairiam (now minister of Land, Water and Environment), Mr. Saleh Keckia (G-15 prisoner) and Mr. Abraha Kassa (chief of national security). Last update March 9, 2009

Mohammed Dawoud was a man with an extraordinary sense of civic responsibility. I’ve rarely seen a person as conscientious and as disciplined as he was. Another quality was his clarity of mind and a cool attitude, especially when he was debating someone. He was very methodical and extremely calm and collected even in the face of the most belligerent opponent. The most striking and, to many, mind-boggling, attribute of Mohammed, however, was his apparent lack of any sense of danger. He was bewilderingly dismissive of the risks he was taking when he started criticizing the system openly in the late 1990s. I was living with him in the same apartment during those long nights of questioning in 1998. He would come home from those interrogations at 2:00 or 3:00 in the morning, sleep for a few hours, and then get up early and head to work. (He was taken to more than one secret house, each in a different part of the city, always after a long circuitous drive). The next day he would nonchalantly tell me and other friends over a cup of tea what had happened the previous night as if he was talking about any ordinary subject. What is more astonishing and, indeed, admirable, about Mohammed was that even as he was being haunted by the secret police he was always on top of his work. All those who knew him will attest to his managerial effectiveness as school director and his leadership qualities. He was a true professional who did not allow his personal troubles to affect his work.

When the reform movement emerged in 2001, Mohammed was one of its active supporters and is credited with translating from Tigrinya into Arabic (or revising) some of the movement’s documents, including the Open Letter. The thing that made many friends really concerned for his safety was that he did not change his critical disposition even after the crackdown of September 2001 which all but wiped out any space for dissent that existed hitherto. As late as 2005 (before I left Eritrea) he was entangled in a dispute with the Asmara branch of the Ministry of Education for refusing to administer PFDJ membership registration forms to his staff at Amal school. He always maintained he was an educator and his responsibility, which does not include recruiting for the party, was primarily towards his students. This position, among other things, displeased Girmay, the Branch head, as it did his predecessor before him. But Mohammed went even as far as openly expressing this view in a meeting for all school directors and other Ministry staff called by Girmay the purpose of which was to give instructions for the PFDJ registration process in schools (as was done in all other ministries and government offices). After making his position clear on the matter Mohammed left the meeting to the astonishment of his colleagues. I remember how, after that meeting, concerned workmates advised him to tone down his opposition to the authorities’ plans. But that was him and was never going to change.