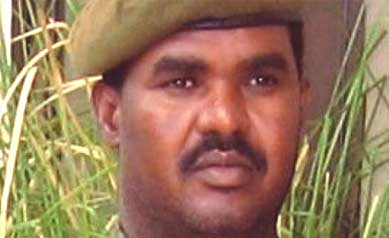 On October 24, a website affiliated with the Eritrean ruling party carried a news item stating that, “The Oromo Liberation Front (OLF) Executive Committee today announced the removal of General Kemal Gelchu as its Chairman and purged him from the organization effective immediately.”

An allegedly “OLF” official press release supporting the news was made available by the website.

On October 25, 2014, only a day later, the same website carried another news item stating, “The Oromo Liberation Front (OLF) today denies media reports of General Kemal Gelchu’s expulsion as Chairman of the OLF-for-Change and accused certain disgruntled group of the organization for the baseless report.”

Again, an allegedly “OLF” official press release supporting the news was made available by the website .

Ironically, the news about the removal of General Kemal Gelchu was exclusively announced by the same website. The few Ethiopian websites that followed suit only provided links to PDF attachments of the conflicting press releases, unlike the Eritrean ruling party’s (PFDJ) affiliated website that was the only source that announced and denied the news.

In its zeal to spread the Eritrean ruling party’s propaganda, the website made a judgment and assumed the removal of General Kemal was blessed by the PFDJ and accordingly it spread the news. By the next day, apparently after the editors were reprimanded, the website reversed its position and published a news item denying its 24 hours old news without acknowledging the grave error it made. Worse, as if in an attempt to cast away the blunder, it claimed, “The counter press release also tells that the misinformation was originated by same individuals that have been suspended by the Chairman.”

To be fair to the website though, it is difficult for anyone to properly monitor the shifting and changing line of communication between the Eritrean government and the Ethiopian factions, and conflicting news might have reached the website. The contacts are handled through two parallel channels: the presidential office and the national security agency. Both conduct their communications through senior military officers who  are repeatedly rotated.

However, observers of the actions of the Eritrean government know that only Isaias Afwerki has the final say on who leads any organization that he hosts in Eritrea. It is also common knowledge that he only imposes leaders with military background, and that is why General Kemal Gelchu is safe, for the time being.

In 2007 Isaias Afwerki hosted hundreds of Somalis in Asmara to launch the Alliance for the Re-liberation of Somalia (ARS) and tried to dictate his terms on it. Some of the Somalis were not pleased, in fact they felt insulted. Soon, between May 31 and June 9, 2008, president Ismail Omar Guelleh of Djibouti hosted a similar ARS conference in Djibouti. That incident enraged Isaias Afwerki because he felt the ARS preferred Guelleh’s patronage over his. In not time the Djiboutian success in snatching the Somali portfolio from the hands of Isaias Afwerki became one of the many reasons for the  tension between Eritrea and Djibouti; it led to the June 10-13, 2008 border clash between the two countries.

In early 2009 the ARS was dissolved after most of it members joined the Transitional Federal Government of Somalia, which resulted in Isaias going full throttle to support AlShabab. Over six years later and several years of Qatari mediation followed by the UN intervention, the border and its related issues between Eritrea and Djibouti have not been resolved yet.

While tens of thousands of Eritreans are overtly and covertly denied the right to return to their country, even denied the right to be buried in it, for the last two decades Isaias Afwerki has been hosting thousands of foreign opposition members from Sudan, South Sudan, Ethiopia, Djibouti, and Somalia. Using the opposition he hosts as a proxy, Isaias succeeded in turning Eastern Sudan into a client state, miserably failed in Somalia, and is helplessly trying to meddle in the affairs of South Sudan. But finally his main focus has shifted to the Ethiopian opposition.

A number of factions opposed to the Ethiopian government, including a faction of the OLF, Gunbot 7 and Tigray People’s Democratic Movement (TPDM) are roaming the towns and villages of Eritrea while their leaders live in public villas in Asmara and other towns.

At this moment, OLF and Gunbot 7 are almost inconsequential.

TPDM is the favorite Ethiopian organization of the Eritrean ruling party; it is a well armed and financed group with tens of thousands of troops under its command. The task of searching and arresting Eritrean conscripts who are AWOL is often outsourced to TPDM.

Oromo Liberation Front (OLF) was established in 1973 but since then went through a lot of development. Today it is represented by at least three factions, one of them stationed in Asmara, Eritrea. In 2006, General Kemal Gelchu of the Ethiopian army defected to Eritrea accompanied by about 150 armed soldiers. Today he leads one faction of the OLF which is stationed in Eritrea.

Gunbot 7 was formed when an older organization known as KINIJT was split and fractured over differences of views and political program elements between its few members.

In the 2005 Ethiopian election Berhanu Negga was deputy chairman of the Coalition for Unity and Democracy (CUD) which is commonly known by its Amharic appellation, Kinijit, and became the mayor of Addis Ababa. Later on Berhanu Negga went to the USA and in May 2008 together with his colleagues founded Ginbot 7.

Gunbot 7 was named after the Geez calendar date of the 2005 Ethiopian election which was marred by violence jointly instigated by the European parliamentarian Anna Gomez, and exiled opposition members mainly residing in the USA. But soon the CUD coalition split into 2 and Berhanu Negga’s faction decided to bond with the Eritrean ruling party led by Isaias Afwerki, the archenemy of the Ethiopian ruling party.

Contacts between the Eritrean ruling party and Berhanu Negga’s Gunbot 7 was allegedly facilitated by another Gunbot 7 member, Muluneh Eyoel Yohannes, through Biniam Berhe, Muluneh Eyoel’s old classmate who is currently the deputy Eritrean ambassador to the African Union residing in Addis Ababa. Soon Gunbot 7 established a base in Eritrea and at one time it had a considerable number of armed members.

In recent years however, its membership has dwindled due defections. And to make matters worse for Gunbot 7, last June its Secretary General, Andargachew Tsege was arrested at Sana’a airport while in transit flying from Dubai to Eritrea and the Yemeni authorities handed him over to Ethiopia.

Andargachew Tsige is a dual citizen of the UK and Ethiopia but given the way he idolized Isaias Afwerki, he might have been given an Eritrean citizenship as well.

Speculations about the whereabouts of Ethiopian opposition elements living in Eritrea similar to General Kemal Gelchu is almost a daily staple of a handful of Ethiopian discussion forums and the recent news are feeding the rumor mill.

Early this year, a few known leaders of the original OLF, including Lencho Letta have denounced armed struggle and returned to Ethiopia to work within the constitutional framework of multi-party politics. Other Oromo groups opposed to the Ethiopian government still remain in the West, mainly in the USA.