Posted on July 30, 2018 by Ismael Ibraheem Al-Mukhtar in Articles 189 Comments 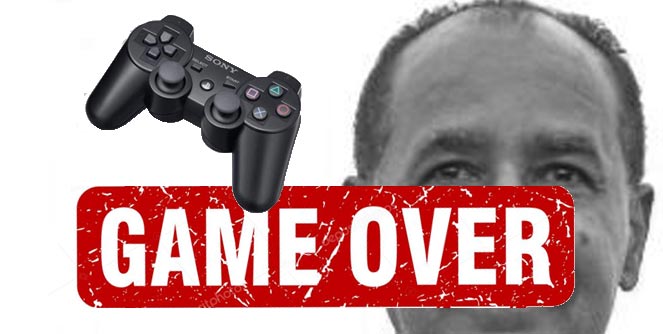 The speech delivered by the president of Eritrea, Mr. Isaias Afwerki, on Martyrs’ day – June 20, 2018 – was a much anticipated speech. The speech came shortly after the peace overtures made by the new prime minister of Ethiopia, Dr. Abiy Ahmed. Expectation were abound that the speech of the president will include a positive response to the new peace advances coming from Ethiopia. President Isaias didn’t disappoint those expectations. He not only welcomed the peace overtures, but he made a bold declaration, the “Game is over”!

Following the speech of the president, a flurry of diplomatic initiatives took place and formal diplomatic relations were restored between the two nations. The epic of the ensuing diplomatic exchanges came when the historic visits by the two leaders took place and the masses flocked to the streets of Asmara and Addis Ababa to welcome them. The outpouring expressions of welcome expressed by the Ethiopian and Eritrean people were a clear demonstration of their deep yearning for peace and good neighbourly relationship. One would hope that history will be kinder to these masses, whose expectations were raised high many times, but were repeatedly dashed several times. The solemn words of the two leaders have generated hope that this time their words will mean something and a new era of genuine peace will take hold.

The end of the two decades long “game” of hostility and fear-mongering, as encouraging as it is, it will fall short of bringing the desired greater prosperity if it ends where it begun. The end of the border hostility “game” should only be a beginning, there are still many other “games” that also need to end and be declared once and for all “over”!

Certainly, many of these “games” that have been crippling the Horn of Africa are complex in nature and will not end overnight. However, as a first step, acknowledging them and making a collective commitment to address them will be a step in the right direction.

Dr. Abiy Ahmed’s optimistic projections for the region, expressed in the state dinner in Asmara, can become true only if the process of ending the other remaining “games” continues. The “games” that need to end are many, but for the purpose of this article, the following are the three main ones.

The region is diverse in every respect; language, faith, and ethnicity. The “game” of domination has prevented the region from accepting wholeheartedly its multicultural and multi-faith outlook. Narratives of special historical entitlement, the right to be always at the helm and keeping others on the periphery has kept the various ethnic and faith groups in a state of mutual suspicion and mistrust.

As observed by the socio-historian “Ibn Khaldoun” in his renowned book, the Muqaddimah (“Introduction”), lasting prosperity can only be achieved with equity and justice. It is a prime time now for the region to shun the centuries old “game” of domination and replace it with a social partnership based on sharing, equal opportunity and fair distribution of power and resources. It is time to put aside “affiliation” and “loyalty” as primary considerations and replace them with “merit” and “competence”. No one should be given primacy because of their ethnicity or affiliations and no one should be denied their rightful place because of who they are and who they are affiliated with.

Game of “justifying the unjustifiable”

The region has suffered from senseless destructions, displacement, bloodshed, torture and denial of basic human rights. These gross violations were justified for the longest time under different names and pretexts. National unity, national pride, border defence, fighting terrorism, curbing extremism, foiling conspiracies, all of these and more were used to justify the unjustifiable. Thousands have been liquidated in secret prisons, thousands are languishing in underground dungeons and thousands have been tortured and maimed. The region has the distinction of being on the top of the worst violators of human rights.

Every human is born with a God-given right to be free, to live with dignity and to be equal. These rights are core and every human, regardless of what they believe in or how they look like, are entitled to them. These rights, unfortunately, have become either negotiable rights subject to the changing whims of those who are in power or favours bestowed by despots at a moment of their epiphany.

Every nation has the right and duty to defend itself from external threats and safeguard its internal harmony, but no nation has the right to abuse and deny any human their God-given rights to live in peace and dignity. Every human is entitled to due process, the presumption of innocence until proven guilty, fair trial and humane treatment, even if they are duly convicted of a major crime. The game of justifying these unjustifiable abuses need to come to an end. These acts of abuse has not brought stability, on the contrary, they have increased the region’s endless cycle of misery and pain. Now is the time to make another bold declaration and declare the end to the game of “justifying the unjustifiable”. Now is the time to empty crowded prisons, close secret dungeons, end unwarranted arrests, and enact zero tolerance of torture, in any shape and form.

The region is interrelated and interconnected. The stability and prosperity of the entire region is mutual. No lasting and sustainable growth will occur when one nation seeks to win at the expense of another nation. There is only one formula of success for the region, “I win you win”. The “I win you lose” formula that dominated the region for the longest time is in the end “I lose, you lose” formula for all. When one country is in “peace” and its neighbouring country at war, the spillover of the war will affect it in the form of refugees, increased border patrols, lost opportunities for business and sharing of resources. Closed borders, restriction on movement of people and a free flow of goods and services deprives the region of prosperity and sustained growth.

The letter of Emperor Yohannes IV (1837 – 1889) to Hamdan Abu –Anja, the Sudanese Mahdist leader dated December 25, 1888, reflected an early understanding of the futility of “I win you lose” approach. Even though Yohannes himself was an arch-champion of domination, his letter, coming after a bitter rivalry with the Mahdis, clearly highlights the inevitability of regional cooperation. In his letter, the emperor talks of “common ancestry”, calls for “unity on basis of love”, highlights the mutual benefit of “open travel of merchants” between their respective countries. He observes how their infighting allowed the foreign invaders -Franks and Turks- to attack them both and how that caused harm to both of them.

Europeans, after being at odds with each other and attempting to win at the expense of their neighbours, they came to learn that the only way for them to win collectively was to seek the common good. Negotiation and compromises became the way of resolving conflicts. Now is the time for the region to silence the guns, to master the art of collaboration, negotiation, compromise and declare an end to the self-defeating game of “I win you lose”!

Historical legacy to learn from

King Haile Selassie (1892 – 1975), who ruled Ethiopia for 44 years, was undoubtedly shrewd and clever politician who made his way to the throne by outdoing his adversaries. He achieved much of what he pursued and overcome many of the setbacks he faced. The king, however, followed “I win you lose” formula in addressing many key issues in his empire. On the short term the emperor’s formula seemed to have brought him success, but in long run it led to his miserable demise. In dealing with Eritrea, Muslims, other non-Amhara ethnicities he followed the formula “I win you lose”. Had the king sought a foresighted formula of “win, win” approach to the Eritrean issue, had he sought “win, win” alternative in dealing with Muslims and other ethnicities, he would have probably preserved his throne, left a better legacy and saved the region much pain and agony. Leaders of the region today need to learn from history and change course before it is too late.