Posted on February 27, 2012 by Fessehaye Woldu in Articles 10 Comments 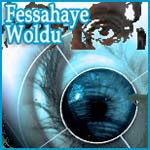