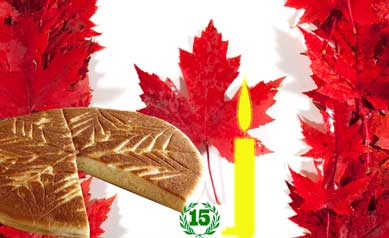 The life of an Eritrean in 2015 was riveted by the COIE report, the unprecedented Geneva demonstration against the tyrant, the death of hundreds of Eritreans in the Mediterranean Sea and Europeans Union’s flirtation with the idea of injecting capital into the tills of Eritrea’s dictator to stop the influx of refugee to its shores. But one event that was not reported—a milestone in the Eritrean life that was quietly celebrated–was that a beloved Eritrean has turned 15, Sweet 15.

If she was born in Eritrea, where the infant mortality rate is almost ten times higher than in the USA, she would have died. Or she would have been killed while crossing the border. And if she managed to cheat both; she would be preparing to leave to Sawa to be enslaved, her most precious and productive years to be squandered and to be raped. Fortunately she dodged the high child mortality and PFDJ’s shoot to kill border policy. She is an Eritrean American, she will also avoid Sawa.

When a temporal gloom and doom reigned an angel appeared to the father and revealed to him: “You shall depart to the West, and you shall have a daughter and you shall name her after a man. She will enrich lives of many and decimate the lives of others.”

She was not a product of the union of a woman and a man. Yet she was a product of love, not of an infatuation, not of a passing interest, not of a crush, and not of a transient affair; but an intense love that prevailed in the face of threats and insults hurled at her from those whose lives were to be decimated. She was not conceived in the womb but she endlessly and deferentially talked about womb.

Though she was the child of one man for the last 15 years, she was nurtured by two men whom she addresses by their first names. At times no one responds to her as both “daddies”, with sheer coincidence share the same name. She cannot call her mother; she does not have one, but she knows she is not an orphan.

When she was born she did not cry; she spoke with eloquence and purpose. Many were shocked, some eyes welled in jubilation and others wailed in grief and trepidation when it dawned to all of them the impact that this child would have in their lives. The prophecy had it that she would enrich some lives and would decimate others. She was aptly named; her namesake did exactly that: he enriched the lives of many and decimated the lives of others.

Those who thought their witchcrafts solved the riddle of a daughter born only into a man and named after a man, claimed they are the rightful parent of that daughter, but in their haste they named her after the month the man decimated lives, which coincides with the month this ruby was born. She mimics the prophetic signs of the true daughter and bears the name of a crucial month. But she is the false one. The devil thought he too solved the riddle of the prophecy, and he ordered the murder of every child who was born in the same month as this beloved child. To cover his bases the devil ordered the murder and arrest of everyone who talked about that daughter and the man she would be named after.

Now she is fifteen. For many it is a dangerous age, it is a time when the important hormones needed to induce growth flow abundantly in the blood, these hormones can also dabble as “drugs”, contributing to unpredictable behavior. The chest gets bigger, the head gets swollen, and the mind absorbs everything indiscriminately. One leg will be stuck in adolescence and the other will cross the chasm to adulthood. The risk of being trapped in the chasm between is also high. But this birthday girl was born with a wider chest, both legs have already made it beyond the treacherous chasm where many remain trapped. The hormones seem to have a calming effect. Age-wise she is an adolescent, mind-wise she is a consummate advocate for enriching and decimating lives, true to the prophecy. How can she be any different? She is a child of love, a child of the brain, the child of a revelation and that is why she was at liberty and ease to talk about a womb she never was conceived in, with utter authority.

Ecclesiastics, who pleaded with man to serve God during his vigor and youthful years would be delighted with her as this ruby started serving God in faith and offering sacrifices the moment she was born and never flinching, never surrendering.

When I was growing up I was not fond of the names like Alganesh, Belainesh, and ManTegbosh. I also hated those Eritrean names which conveyed in-law rivalry such as Russom, Ablellom and Kebedom , and Yehferom, and Hayelom, and the terror summoning Ashebir. But I fell in love with names such as Mihret, Hidaat and Trihas when I learned that the exotic names like Helen, Rutha, and Aster and Rebecca were foreign. Later in life I was also smitten by names like Sennet, Affiet and Arhet, Rummanna and Meymunna. When I was a teenager I also read a Tigrinya book by the tittle, Hidaat, written by an EPLF fighter. It was a story of a “tegadalit” who was captured by the Dergi soldiers in a battle. She showed extraordinary bravery in the face of her ruthless captors. So I came to love the name, the connotation of Hidaat.

Like any loved one, this beloved Eritrean is not a flawless child. In the first few months of her birth she contemplated of “de-Hidaatizing” Eritrea. What Eritrea needed was to be “Hidaatized”, I believed, reminiscing about both the character I read in the book, and the fine girls of my childhood named “Hidaat”. And here I was hearing the need of “de-Hidaatizing” Eritrea. I was furious.

But then I came to understand that the child of the prophecy was talking about a contemporary “Hidaat” and not the one I was fond of, not the one our mothers endearingly referred to as “Mehdeet”. She was trying to save Eritrea from the one that canonized the devil, praised the shoes (Shidda) the devil used to wear to mix and mingle with the unsuspecting people whose lives were about to be enriched to avert his prophesised decimation.

If she did not die as a child or got killed when crossing the border, she would most likely be in one of the PFDJ prisons just like her peers, Settit, Tsigenay, Meqalih and Qeste Debenna.

She was not conceived in the womb, but she longed and talked authoritatively about the “Fertile Womb” that the man she was named after was born from.

Happy belated birthday, beloved ruby! Without information it’s darkness, and the pitch-darkness where the devil does his damage would engulf us. Although nothing can be accomplished if we always waited for inspiration to descend like manna, nothing that transcends our mortal lives can be accomplished without it. Fear is debilitating and it is an emboldened human being who triumphs over hardship. Reconciliation glues all the three together, to heal, to alleviate during our wandering in search of real pastures, beyond the elusive mirage that we pursue when justice deserts, chased away by us and from us. May we all live an Informed, an Inspired, an Emboldened and a Reconciled life!

The late Sudanese singer, Mohammed Wardi sang the ageless song, “Sebertta” that went like this:

Dreaming I waited long with patience
I tell myself tomorrow will be paradise
From afar how I waited
While with my heart I begged
You made my heart thirsty
As you become more beautiful everyday
Say something to me
And forgive me
It is official you are a grown up now
You have just turned nineteen
The age of roses, age of hope and age of romance and love
I dream of the day when our love brings us together

And just like the singer, Eritreans are waiting patiently, dreaming that tomorrow will be paradise, and that their love to one another will one day bring them together.
The age of hope, romance, and love maybe nineteen according to Wardi but the age of Information, Inspiration, Emboldening and Reconciliation should be every day. It is the right of a human being, a citizen to be informed, his destiny to be inspired, and his obligation to be emboldened and to seek unfettered reconciliation.