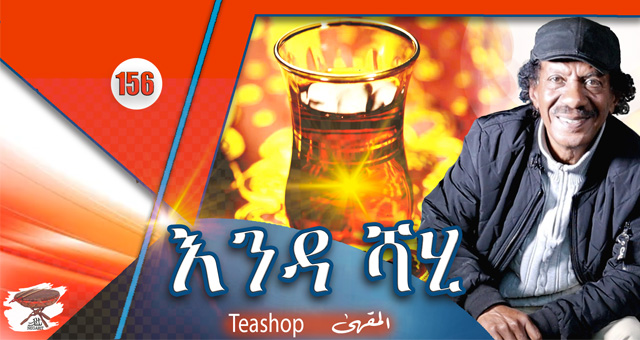 I have a habit of reading the ads on the Starbucks bulletin board as I wait for my coffee. Two days ago, there were for sale ads offering a chair, a table with a broken leg, and a lady appealing to the public to help her find her lost dog. She described the dog, including its age. And I come from a culture where people rarely know their age let alone the age of the dogs—how can one tell the age of dog? A dog’s age is abstract to me; any dog looks like another dog except its breed which I learned late in life.

Oh, I almost forgot, there was a room for rent on the bulletin board, I have, to tell a friend. He wondered why I think he needs to rent a room when he has a house!

Well! I read it and I must inform you! Beep, beep, beep. He hanged up on me.

Screech. Boom, it’s a car accident, I can see that through the window. Weeeew, weeew, it’s the ambulance wailing. Grrrrrrr, Grrrrrr. It’s my blender, I am making orange juice. By the way, I bought the oranges from the market a few days ago, one has gone bad. It was expensive …

Do you really want to know the boring details of my day? I will share that on social media. Please be interested… and share it with friends or enemies. It doesn’t matter.

My hometown, Keren, was known for its abundant joke supply; bot recently I have been feeling the same way sport fans feel when their team, that they don’t know, losses. We had many jockers, funny people who cracked joked continuously. Sadly, I discovered the port city of Massawa beat Keren, my hometown, in a recent joke-telling tournament. You can post your condolences on social media.

One joke made Massawa the champions and it’s here…

A man was sipping tea in a shop when another came and provoked him. They argued and soon they were at it: fists flying, legs kicking, and they rolled on the ground. Finally, the patrons of the place separated them, reconciled them. They shook hands and it was over. They left.

A few days later, the same man was sitting at the tea shop when his nemesis arrived breathing trouble and made face at him. He gestured, Hello. But the nemesis ignored his greeting and came closer to him in an aggressive manner. The surprised man asked, what is wrong, what do you want?

I want to slap you on the face.

Only A Massawan can utter such a quick and witty response that captures the entire story.

When depressed, oppressed, or feel sad, some people ameliorate the impact by cracking jokes that focusing on the situation. Egyptians are known for that—a man who had not eaten for a day and has no money to buy food for his family, would crack jokes and lighten the misery. That habit came handy when Egypt lost the 1967 war against Israel; rumors had it that the Egyptian army fled the battleground, and the people were so depressed they joked about it.

Once Egypt hosted an international car race in which all the big brands participated– BMW, Mercedes, Alfa Romeo, etc. Egypt had a car assembly line that produced Nasr, a copy of the small Fiat 128. The Nasr company argued that Egypt should be represented by Nasr but the administrators of the race objected because the four cylinder Nasr was no match for the big cars. Finally, as a symbolic gesture, they allowed Nasr to join the race. The cars finished the race. Nasr came out first beating all the big brands. They called engineers to explain the bizarre result. They needed an explanation for the miracle. A soldier who fought in the 1967 war stood with the crowd and he said he knew the reason: the hind tires were ‘made in Israel’ while the front tires were ‘made in Egypt’. The hind tires were chasing the front tires!

Another soldier went to a post office to drop a letter to his brother who was at the battlefront. The postman asked, tell me the running speed of your brother so that we will calculate where he has reached to be able to deliver the letter.

The above was not copied from Shoshal Media, I read it eons ago on a newspaper.

Incidentally, the title of this episode is “Louk bkum”, a Tigrait name that my hometown coined to describe those who have an addiction of running errands. We also have another coined name, Baas Bkum, [Got Fight?]; they are the people addicted with igniting fights, if wars all the better—but that is for another day.

There was a scary, dark teashop in Keren which was so disliked by the elders. Many of us avoided even walking by it—we had to cross and walk on the safe side of the street. It was called “Colombo Teashop.”

At Che Colombo, the patrons spent time playing dominos; the sound of the domino tiles hitting the table was a sound reserved to that shop. People said the patrons were gamblers and we believed that.

In 1991, when I visited Keren after a long time, I had to satiate my curiosity and I ventured inside the shop. It was still dark and looked like a tunnel with no windows as I remembered it. I didn’t even know it had a backdoor and a small backyard.

Looking back to the past, the patrons were engaged in an innocent gambling: the loser paid the price of a kettle of tea, ten cents! Regardless, it was gambling for the conservative small town.

Visiting after a long time, I felt uneasy when I was women in the teashops. In my time, let alone women, even men who sat in a teashop were considered “Skunis”, vagabonds. Parents felt embarrassed if their children were seen there; many volunteered to tell them about the grave crime their children committed, and expressed sadness, “it’s a shame you have to bear the bad habits of your son.”

If a son or a husband brought foot to his home from a restaurant or the famous ShHanful (beans sprayed with butter, cumin, green paper and yoghurt) the neighborhood women will gossip, ‘oh, oh, oh, she is a useless woman; instead of cooking, she lets her family eat outside food! And that resulted into quarrels.

Still, the teashops in Eritrea have not developed like Starbucks; I didn’t see bulletin boards around. Maybe the PFDJ uses word of mouth to spread orders: pay your 2% tax, bring flags and celebrate on such and such day. I also heard they used to order businesses to paint congratulatory words on the walls and windows on Independence Day: Yohanna—congratulations. Businesses would hire painters to do the artistic decorations, and direct the production—add a flower there, make the year bolder, use red color….

Today, particularly in the Diaspora, we have social media, and we can scribble anything we fancy. That is why some pages are becoming as scary as the Colombo teashop of my childhood.

People can paste anything on their own social media pages, but what is with going to public pages and filling it with everything you see or find, uncritically, and indiscriminately? Do you know if the administrators or the group needs or allows what you post (paste)? Are you privy to an important info that you must share? Do you share every chat you hear or every Ad you read in a teashop?

Platforms and groups have a purpose (I hope they have); please do not spoil it for them. And I know many people who left public groups and forums because they find it a waste of time, and boring. Not a tiny fraction of what the “Louk Bkum” post is useful, or serious stuff. That is Spam—and Keren should coin a local name for Spam.

For instance, I have close friends and acquaintances on occasions, we share stuff that we know it interests us mutually. But I do not go on other forums and bombard it with irrelevant clips, or posts. Why subject others to our personal stuff? People are just not reading enough, and social media pages are not helping, at least in the case of people untrained in democracy or are literate enough.

There are some people I see in certain platforms who think they must share everything they find. And it irritates me when they send me lectures, in private at that, by so-called religious leaders who are extremely superstitious—it annoys me more because the senders treat it as a religious content. If I want to know about religion, it’s not a monopoly and I can find it on my own. But suddenly finding your message box filled with irrelevant links and gif files, repeatedly, unsolicited, is very annoying.

Last week, I received had clips of fanatics peaching against greeting people of other faith on their holidays…they believe doing that is enough to send you straight to hell. I am so fed up with such fanaticism. Please, all of you, regardless of what you believe in, whether you have faith or are atheists, or anything in between, stop sending me superstitions and fake religious preaching. I refuse to follow the foolish preaching; I am congratulating everyone who reads or listens to me, Happy New Year. Happy New Year to you all. Be sure the Almighty will not punish you for greeting your colleagues, friends, fans, compatriots, and all human beings. Again, let me finish by wishing you all a Happy New Year,