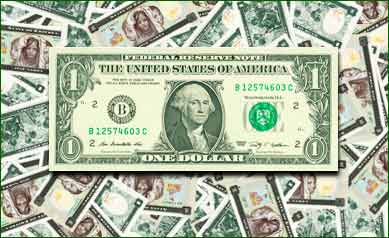 For the last few days, Eritrean money exchange transactions in the Middle East has been hampered due to shortage of Nakfa bills or difficulty in transferring money to Eritrea. The shortage of Nakfa supply has marginally increased its value.

Agents affiliated to the financial arm of the ruling party and its business unit commonly known as 09.0 control the flow of currency to and from Eritrea. Most transfers to Eritrea which originates from Europe, the Middle East and North America reaches the beneficiaries through a maze of entities owned or controlled by 09. Transfer of money from the Diaspora to families and other beneficiaries in Eritrea is made by individuals who make a living by providing the transfer service.

In a complicated system, the individuals wire or deposit funds to one of the many accounts controlled by 09 across the world. Thereafter, representatives of the transferors receive the funds in Nakfa bills from 09 agents in Eritrea or in a third country, to sell it or deliver it to the beneficiaries.

09 agents in the Middle East are known for stocking large amount of Nakfa which they sell to Eritreans who send it in cash to Eritrea or to tourists and travelers. Buying Nakfa outside Eritrea is a less risky transaction because it is done far from the eyes of the security officers of the regime and through channels the regime approves of.

Recently news circulated that a person who handled currency transaction for the 09 in Dubai has disappeared with large amounts of hard currency and Nakfa bills. Sources indicate that this is not the first time the regime suffered the disappearance of one of its agents together with the funds entrusted to them.

The incident has cast shadows of suspicion on the financial arm of the ruling party and caused embarrassment for Hagos “Kisha” Gebrihiwet, the director general of its financial arm.

The ruling party runs a sophisticated web of world-wide accounts which are managed by entities owned by the regime or by undercover individuals affiliated to it.

Non sanctioned money exchange service is almost non-existent in Eritrea since the regime arrested most of the known individuals who traded in currency; it confiscated their funds and imposed severe jail terms on them.

Officially, the exchange of money outside the Eritrean banking system is illegal. However, on the streets of Eritrea, individuals affiliated to 09 buy hard currency for twice as much compared to the official rate. Currently the Nakfa is exchanging between 28.00 and 30.00 to the USA dollar while the transfer rate is swinging between Nakfa 53.00 to 54.00 (Internet search returns a rate of Nakfa 15.10 to the dollar).

Small businesses, particularly those who depend on smuggled goods and merchandize imported from the Gulf States in concealed bags for their trade have no way of safely predicting the exchange rate. The Eritrean ruling party which monopolizes the economy and the banks revaluates the currency upwards and downwards– a swing whose only indicator is the going rates in the non-black “black money market.” A businessman who left Eritrea a year ago told Gedab News, “The monopoly of the market, fiscal mismanagement and the anti private business policies have paralyzed trade and commerce in the country.”

The accounts that regime owns in all regions of the world serve as channels to transfer ransom money and advance payments for trafficking relatives of Diaspora individuals from Eritrea to the Sudan, or beyond to West, through Libya, Egypt, and other countries.

Until recently, tens of thousands of Eritrean refugees and escapees made it to Israel through such arrangements. But since about two years ago, when the Israeli government began tightening the security along its borders with the Sinai Desert, and its immigration laws became openly hostile to immigrants, that route has dried up.

Trafficking to Europe, however, has increased and became the most disastrous route for Eritreans.