Regional Alignments And Democracy: Parallel Lines That Do Not Meet

Posted on February 3, 2015 by awatestaff in Articles 15 Comments 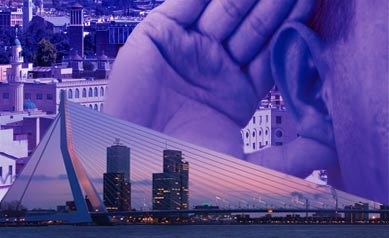 The following is a speech by Mr. Omar Mohammed Ahmed, a veteran of the Eritrean liberation struggle, delivered in a meeting of Eritrean activists and opposition members in Rotterdam. In the speech Omar addresses the issue of sectarianism and regionalism, and the need to detect and expose it. Awatestaff has translated the original Arabic for the benefit of its readers. The Arabic version of the speech is found at Awna1.

When we address the issue of regionalism, we are not particularly aware of an affinity to a given region, but it is rather pointing at tendencies or leanings that incite regional strife–which we recognize as a secondary contradiction that must be addressed through democratic dialogue–leading to political polarization with the aim of achieving short-term objectives that are in total contradiction with the interests of a democratic struggle.

We also start from the belief that the Eritrean society is characterized by numerous affiliations: linguistic, ethnic, and religious. The pioneers of the national movement, both in the period of the struggle for self-determination and during the stage of the armed struggle, emphasized the importance for adhering to political discourse that attracts people with various affiliations to devote all their energy to achieving the national goals. Currently, as we confront the dictatorial regime, we are in dire need, more than ever before, to mobilize all physical and moral energy in order to achieve our democratic ambitions.

There is no impenetrable, solid wall, between the components of the Eritrean society which is rich in diversity. And that is a starting belief to achieve constructive coexistence, development, and a state that relies on institutions and the rule of law. The faith in Eritrea constitutes it’s peoples’ shared pains during colonial times, and during the successive shared struggle for national independence. These pains and common aspirations have melted various affiliations in one pot, and the Eritrean society became aware that its various affiliations, and citizenship in its modern concept, form a uniting umbrella.

The liberation of Eritrea from foreign occupation, followed by the declaration of independence and a National State, was a historic opportunity to solidify the concept explained above by starting the process of building a state of institutions, by consolidating national unity, and by beginning to repair what was damaged by the long ravaging wars, in order to achieve a comprehensive and thorough development drive. However, the wing that had the leverage within the leadership of the Eritrean Popular Front Liberation Front clung to a policy of exclusion, and rejection of dialogue with other national forces, it indulged in adventurous practices. That result in the stifling crisis that Eritrea is going through and it is the threat that may push the country into becoming a failed state.

The dictatorial regime was able to fill the political vacuum; it was a natural outcome of the apparent failure of the national movement during the period of the armed struggle. Therefore, objective and subjective circumstances prevented the emergence of a real opposition force inside Eritrea; the alternative was the continuation of opposition forces to operate in exile, outside the homeland.

There is no doubt that a genuine opposition that can mobilize energies, physical and moral, against the dictatorial regime must, primarily, be established within Eritrea. However, the exiled opposition forces has revived great hopes among the masses that hoped the opposition would be able to create a favorable political atmosphere for the appearance of a real and strong opposition within Eritrea, to shake the pillars of the current system, and establish a democratic alternative.

The opposition has achieved some successes, particularly in exposing the practices of the dictatorial regime. But it has been progressing and regressing: one step forward and two steps backwards. Its crisis are worsened by the reproduction and proliferation of organizations, and political circles that are not ashamed of instigating secondary contradictions within the ranks of the society and the political forces. What is sad, and at the same time laughable, is the fact that all these circles claim to be struggling to establish democracy.

Such issues became complicated and and as a result frustration overwhelmed the Eritrean masses who became captives of the squabbles and confusion … and this is an unhealthy atmosphere, and not suitable for a serious political undertaking, especially in this phase of democratic struggle. That is why, more than ever, we are in dire need of a clear vision, by staying away from fluid phrases and sentences, and instead cling to clear political terminologies that would not allow confusion and ambiguity, and to adopt transparency in our political activities.

Starting from this perspective and understanding, we must state loudly that “regionalism and democracy are parallel lines that do not meet …” and the only way to overthrow the dictatorship and establish a democratic alternative is by devoting all our energy, physical and moral, towards achieving our national and democratic goals.

We must start our motion by believing that the dictatorial regime does not represent a specific region or a certain sect, and that the overwhelming majority of the Eritrean people, in their diverse affiliations, have no interest in the continuity of the regime, but day after day their fears are growing, knowing that the fundamental crisis prevailing in the country threatens Eritrea being declared a failed state.

Additionally, due to the tendency of some to instigate secondary contradictions and foment political polarization on a regional basis, and in light of the challenges facing the interests of democracy and peace in the entire Horn of Africa and the southern Red Sea region, “the Eritrean political entity” faces a real threat.

Considering these factors, there are major challenges facing the Eritrean democratic forces. In order to confront these challenges, the opposition has to elevate and prepare itself. Any proper approach to the process of rehabilitation must start from an objective assessment of the current situation, both internally and externally–to bolster this process it’s a must that the corrupted political and intellectual awareness be confronted. At the forefront of the agenda lies the task of exposing the trends of “regionalism.”

But why focus on this issue, specifically at the current juncture? There are many reasons, mainly: