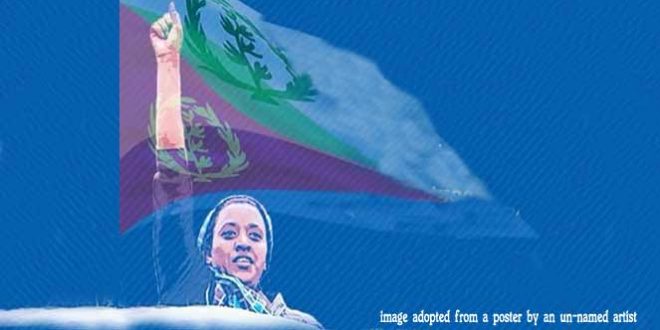 Saying that Colonialism changed the trajectory of the world history for the worst is to state the obvious. But, historicizing and contextualizing in order to understand the process by which it “essentialised, totalized, and dichotomized” (see Spivak’s work on this) the societies it subjugated, thereby creating an “Other”(with big ‘O’) out of them is one clear way it delineated a marker of separation from its civilized Western ways. The ‘Other’ is, of course, the indigenous community, one that is in need of civilizing. Now, enter the postcolonial world of International Women’s Day (IWD), a day in which women from across the world continue to highlight their achievements and the struggles that have yet to be won. A little over a century since the inception of International Women’s Day (IWD), for examples, women in Saudi Arabia highlighted IWD by running, yes as simple as jogging, that Western women take for granted is a monumental milestone for these women in Saudi Arabia in their journey for equality. Eritrean women of Europe decided to do everything by themselves without any intervention of their counterparts, at least, that was the initial plan. Somehow, one Eritrean man managed to be on the guest list – one couldn’t help but wonder why. The latter is the least of the worries here, a mere passing statement.

The central aim of this article is to try to nip the noticeable mimicry of the colonial project in postcolonial world by Eritrean women – wittingly or unwittingly – falling into this essentializing trap, creating a subaltern woman out of Eritreans as this “other” with a small ‘o’ if you’d like.

Look closely at the lonely woman victoriously holding the torch. Who is this Eritrean woman? Who does she represent? Must only one woman be the one to hold the torch of victory?

These issues are being raised, mind you, not necessarily to target an individual; rather, it is meant for Eritrean women to avert from falling into the trap of the Western feminism, where there is this one heroine who burns the bra, and she is an instant celebrity who speaks on behalf of all women forgetting all along, the other group of women from minority background, whose experience, whose oppression can never be represented, nor could be addressed by this Western woman who has had all the privileges when there was a master and a slave history; she was the privileged one whose servant was a black woman when the world rid off slavery and whose servant today is other minority groups. The shades and the hues may have changed in that it might be an African/Eritrean or Latina, woman servant cleaning her house to this – yet – privileged woman from the dominant culture.

This is what I found worrisome in the Eritrean version of International Women’s Day. That the dominant culture dominating the entire narrative to a point of the letter that was written to the ICC was not shared so those of us who weren’t able to make it to the event could at least give our feedback – some such request fell on blatant deaf ears. IWD is a moment to evaluate on improvements made, to call for change and to celebrate acts of bravery and willpower made by women who have played an amazing role in the history of their respective countries and communities. It goes without saying that Eritrea is a home to all of us, particularly, as Eritrean women we have unique responsibility and role to play as we try to puncture the deeply rooted patriarchal system that exists within Eritrea and the attendant intersectionality that makes it rich with various traditions, cultures, and religions. A person’s sense of belonging is mediated through one’s engagement with the social environment – in Eritrea’s case, by one’s political social and religious affiliations, among other factors. Consequently, people respond differently to discourses about Eritrea – but in each case seeking recognition and respect for their point of view in the community/country is of monumental importance. I am aware that the principles behind this conference initiative is meant to elevate the discourse from within our internal differences that I alluded to above.

I commend my sisters’ efforts to make amends in trying to accommodate to all sectors of Eritrean society. I must, however, make a mention of future goals in how they should be planned with an all-inclusive body of eclectic backgrounds coming together from the start because making changes to accommodate others’ needs as a hindsight is like changing course midstream, which is difficult to do.

Next time, I hope and trust that there should be representational equity where the invitees and inviters are equitably distributed. In other words, we should work together as associates. What I mean here is to start everything we do together and help each other and raise the issues that should empower us as globally conscious Eritrean women. We can certainly learn from the Western feminism where white women were at the forefront speaking on behalf of all women across the Western hemisphere as stipulated above, the unintended consequences of such ‘othering’ would only lead to fissures and divisions. The obvious lessons that one can learn to avert splits is to be not only cognizant of that fact but to act on it appropriately and adequately. Otherwise, much as feminism continues to be divided along the color line (Black feminism), along ethnic line (Latina feminism and/or Asian feminism), which were left with no option but to rise to the occasion and address their own issues that they felt was being neglected by the dominant white feminist movement.

Eritrean women can hardly afford to be divided along similar divisive lines, where such divisions are delicately held together. I am not saying we are there, but if we don’t be cognizant of this fault-line, it will forever hamper us from making the much-needed progress that we want to make as we wish to change the mindset that has deeply held cultural and patriarchal roots.

Like many Afro European women, we are citizens of several countries, nevertheless, we are women who care deeply about our people/women in Eritrea. The Eritrean women contributed and participated as other Eritreans in the struggle for independence. During the war of independence, all Eritreans overlooking their religious, ethnic and regional differences fought together against a common enemy. In the process, strong bonds of trust were developed. However, in the post-independence period, the exclusion of women from the political power structure in various civil and political organizations has had a very negative impact on the relations between the groups that support different political enclaves. The later affected us on different levels and as women, we should empower ourselves and by extension, the rest of our society.

For this to happen, however, we must find common ground that we can all agree upon so as to overcome our dysfunctional ways. Duplication and replications have been our folly in every attempt that we undertake: In civic/civil societies, in humanitarian work, in the political landscape, the proliferation of Eritreans wanting to do something about the plight of their sisters and brothers, about their countrywomen and countrymen while impressive, it must be curbed down. Our efforts are not being maximized if we keep on replicating the very work that many others are doing. We must find a way of working together. Let this event that just passed be the beginning. Let this be a turning point toward working together, toward a common goal: To alleviate the pain being endured by Eritrean women/men abroad and inside the country. If we do a good job as women and men, namely by working together and by recognizing each other’s pain we can achieve what has been impossible in Eritrea and the diaspora.