Home / AlMaseer / Re-affirming Bigotry: For Some, It Comes So Natural

Re-affirming Bigotry: For Some, It Comes So Natural 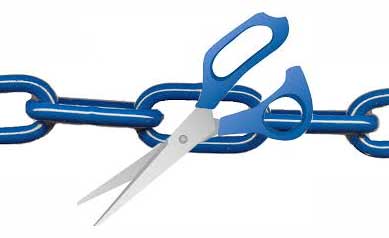 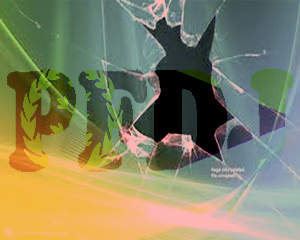 When people are bad, inherently bad that is, no amount of pleading will ever dissuade them from their evil actions or deeds, no matter how abhorrent and how disgusting those actions or deeds may turn out to be. Such people are not driven by causes – any causes just or otherwise, but rather, by innate instincts which harbour nothing but debilitating and poisonous hate towards all those they consider to be different, based on the “us” versus “them” mentality.

The World’s history is replete with the constant emergence and eventual demise of such groups. The Nazis, the Fascists, the Khmer Rouge, Hutu extremists, Serb barbarians and religious fanatics and zealots of all faiths and denominations are just but a few examples to mention.

Eritrea’s unfortunate share of such groups is solely represented by none other than the notoriously wicked and repulsive thugs – the zer’ie shefatu. For over six decades now, these thugs have been committing untold bloody atrocities against their fellow citizens one way or another – atrocities, whose magnitudes and barbarity are a clear matter written and documented record.

And mind you, they do so not because of any political expediency dictated by their narrow chauvinist agenda, but rather because hate and bigotry are deeply ingrained in their blood. The “elamana” thing may have worked well to galvanize the innocent, the wicked bigots, the fools, the naïve and the un-witting – each with their little dreams, to coalesce around what they thought was a common purpose – a bigger dream, if you will.

But when the so-called dream turned out to be the worst nightmare one could ever imagine, all abandoned ship except for the wicked bigots – because true to their repulsive nature, theirs wasn’t a dream or even a cause to speak of. Theirs was just an ailment – a deep-rooted affliction with no known remedies.

How else could these people be part of a process which is inflicting so much pain and misery on their fellow citizens on a daily basis?

Their latest fracas is set for Monday, February 22, in which they will parade their young and old alike, chanting PFDJ slogans denouncing the UN and the U.S for imposing the UNSC sanctions against HGDEF thugs, and also for re-iterating their allegiance to one of the most despicable fascist regimes on earth.”kullu dehri mengstna” they say, in line with their age-old tradition of worshiping their rulers.

It is no secret that the marching orders to those in the Diaspora came straight from HGDEF, but even that being the case; it is a complete travesty to assume that these bigots were coerced to do so, simply because they had no choice but to comply with HGDEF’s orders. To the contrary, they had all the choices in the World – just look at these options:

Did they do any of that stuff? No, none whatsoever.

In fact, they were busy choreographing their moves, koboros and embeltas on hand, setting the stage for their big day, February 22. They were busy begging  Muslims/Lowlanders to join them in their planned protests, as though the latter would give a hoot about zer’ie shefatu’s gimmickry.

Also, realising that their shameful protests would be shunned by the vast majority of the Muslims/Lowlanders, these thugs were busy securing enough Lowland/Muslim attires to be worn by them. This is a deliberate attempt by them to appear more diverse in a desperate move to fool all Eritreans, and particularly more so, the wider Tigrigna community, which is just as disgusted at these protests as the rest of the population.

Some of these bigots even reminisced the “good” old times of the fifties – just take a glance at their kiddie websites, you will be amazed. What is it that they did in those times which they say they are proud of? Really, isn’t that part of our history a matter of undisputed record?

With koboros and embeltas on hand and with the infamous rallying cries of “Ethiopia wei mot”, zer’ie shefatu fought tooth and nail to force the UN to do the wrong thing by sealing the fate of Eritrea with that of Haile Sellasie’s chauvinist Abyssinian empire. Sixty years on, and to the sheer horror of many decent Eritreans including the wider Tigrigna community, zer’ie shefatu are re-affirming their natural bigotry by asking the UN to do the wrong thing for Eritrea once again – that’s to seal its fate with that of HGDEF for good.

How do you reason with such people? How do you plead with them to come to their senses?

You don’t, you just don’t, period. Unless of course, you entertain the thought that you can live forever to see the day when you can somehow instil a sense of humanity in the hearts and minds of hopeless bigots, whose conscience has long been worn out by years upon years of negative conditioning.

This however doesn’t mean that the status quo is fait accompli, not at all. These bigots and thugs can only be contained by defeating and destroying the system they worship and idolize, the system they draw their strength and inspiration from – in this case, HGDEF.

Many of the notorious groups I mentioned above, like the Nazis, the Fascists and so on, were not contained because they were pleaded to and cajoled, but rather because the systems they worshiped were destroyed militarily. They were decimated by force.

These groups still exist to this day, in one form or another; thanks to the protection accorded to them by the very tools they spent a lifetime fighting to destroy – the tools of democracy and the rule of law.

But even if they exist though – even if they are given their spaces where they could practice their rituals of hate and prejudice, they couldn’t hurt anyone for one simple reason:  They have been de-fanged and de-clawed by the rule of law. If they ever try to break the law, they get whacked.

Likewise, pleading to zer’ie shefatu is a non-starter. It is like talking to a dead ass (adgi). If people can’t learn from their mistakes of sixty years, then chances are, they will never learn, ever. The only solution for them is the same setting of containment I mentioned in the preceding paragraphs.

Decent Eritreans, Tigrignas and non-Tigrignas alike, can not usher peace and tranquility to the nation by winning over the zer’ie shefatu, simply because they will never be able to win them over. Not in material numbers anyways. It is just a futile attempt. They could however, as mentioned above, contain them by destroying HGDEF.

Is that an impossible task? Destroying HGDEF? No, not at all – If anything, HGDEF has long been dead, and all that’s left to do is for someone to dust it off from the pages of our history.

That someone however, can’t be anyone of those who dream to negotiate with HGDEF, because ever since they were decimated and spat on by the Woyanes, all the bloody dictator and his cabal of bigoted thugs have been doing was trekking a one-way path of destruction, with no provisions for any kind of re-course whatsoever. Only fools would dream of negotiating with such thugs.

That someone also can’t be anyone of those who dream of spinning their magic wands to somehow instigate a popular uprising from within the country. These ones by the way also dream of inheriting the conscript army through their supposed “connections” – but only after they chase HGDEF out of town through the wizardry of their magic wands, and through their endless meetings, conferences and guylas.

The futility of this approach is very clear: Throughout the years of this group’s existence, there has never been a single incident of popular uprising which it can claim credit for – not a single one. If anything, the bloody dictator managed to bring the protests carried out by his surrogates, right to the bosoms of this group’s turfs.

What’s even worse than that, is the absurd and flawed assumption by this group, that it can somehow inherit the conscript army intact, once HGDEF is gone.

In other words, young armed conscripts from Jangaren, Mogoraib, Ti’O, Hagat, Mansura and many other places are going to stay put in their trenches, waiting for a new wave of ethnic Tigrigna commanders to arrive – and that they would not be allowed to head to their villages and towns. But on whose orders? Wuchu’s? If so, representing which government?

I wonder if those within this group ever ponder these questions, specially when they so selfishly and so arrogantly downplay the crucial need for a government- in- exile. A government, which could have worked as a stabilizing factor and which would have also expedited the dusting-off process. It is amazing how the obsession with exclusivity could so blinding.

If HGDEF is to be dusted off, it could only be done through those who are determined to defend themselves against it, period. Not through sanctions (which, to a mafia regime that has perfected drug dealer-type cut-throat dealings, amounts to nothing but a minor setback), not through negotiations and certainly not through wishful thinking. Only through those who have been toiling day and night trying to dislodge it by force – all the while trying also to take the utmost care to circumvent unnecessary confrontations with the conscript army.

Chipping away on HGDEF bit by bit won’t do the trick though. It just won’t match the urgency needed to mitigate the worsening daily carnage, inflicted by a bunch of thugs, whose only motto is “what have we got to lose”.

Dusting off works better top-down rather than bottom-up – that way, it is more efficient and brings the much needed sense of urgency to the struggle for democracy and the rule of law. How this process could be better harnessed, will be a subject for another day.

Previous Shagged Refugees and Extremist Rallies
Next Who Is Going To Pull The Trigger?