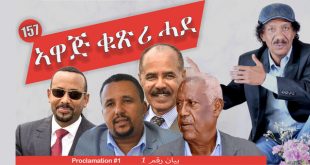 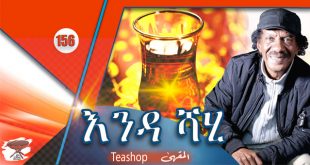 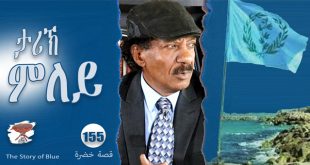 The tone of my last few videos was imposed on me, and if not, I would have liked to speak in a different tone. But as you know, sometimes we are pushed so much that a periodic response becomes necessary. By its nature, such speeches are unpleasant to listen to, let alone talk about, and that is why I am going out of my way to apologize to my listener beforehand.

In classrooms, a bully shouts something that annoys the teacher. The teacher turns back and asks, “who said that? Who said that?” No one would identify the culprit. The teacher gets mad and punished the entire class, “lekemeke.” The difference is that, when we identify the annoying individuals, demolishing their views requires offending others who had nothing to do with the nasty things that offends us. So, I hope you take it as a necessary evil, but for those who felt bad, I apologize.

As any other nation, we went through fragmentation, splits, and disunity of our own. But what we came to see in the last two or three years are exceptional—and by now we know the nature of the sickness and the forces that are promoting it. As Eritreans, we have been fighting evil intentions, each in his own capacity, but our hands are tied by the PFDJ which made our country a basket case–a  country that rejects its people, a country that keeps our youth in bondage, a country that jails its elderly and veterans, a country that disrespects our elders, a country where bigots flourish, and a country in which the notion of justice is mishandled by our common enemy.

I believe that Eritrea is a lovely country and our people are decent, freedom loving, justice loving, and humble people. But as they say in Arabic, people imitate their leaders and we have many examples of that. We see them empowering the dictator and cheering for injustice, selfishly advancing their narrow interests at the expenses of the nation. So, what do we do?

If you remember, the last two decades have been a merry-go-around. Every time we took two steps forward, there were individuals who took us two steps back. Unnecessary issues were introduced and cleverly promoted inside the Diaspora opposition: once it was “peaceful or armed struggle”, then it was the 97 constitution or not, do we stay in Ethiopia or not, do we accept Sawa or not! All those clear issues were somehow trivialized and took us many steps back. For example, Sawa that my friend Adhanom loudly characterized as “Wefri Warsay Ykealo, Wefri Barenet” became an endless topic that we should have had clarity on. Why are we campaigning against Sawa (the manner not the principle) two decades after Adhanom clearly argued against it? If you see, some of the main themes we adopt in the struggle were introduced, went on hibernation, reintroduced, and reintroduced endlessly. The same with the Yiakl campaign.

A struggle like ours requires clarity and I think we lack clarity. I will try to explain some as I understand them.

If you are building a house, you lay the foundation and bring the wall, maybe one meter up and then you run out of funds and stop for a time. Once you get the money, you are supposed to continue where you left, not demolish what you already built. You just don’t dig down and unearth the foundation stones one by one to start laying another foundation. Why is it that 20 years later we are campaigning for our prisoners and we have not made a dent in the fight for their release?

To get out of the vicious circle, I propose the following:

Omer Hassen Omran: He was my junior, but age doesn’t matter with Omer. He is probably the bravest boy I knew, and many Kerenites who knew him would attest to that.

Omer Hassen Omran. Many people thought he was the son of Ustaz Omran, the loved librarian of our school. But he was the son of Hassen, Ustaz Omran’s brother. His father was out of town most of the time and when he was in town, he spent his time at Farmacia Bruno or, sipping coffee at Bar Senait (enda Aregai for the young). Omer would come to that area regularly as if he had a daily mission to accomplish; his pocket would be full of stones. He immediately started a lookout for Torserawit soldiers in the streets. When he sees one or two, he would provoke them with dirty looks, spit on them, or shout at them. The bewildered look at him: how is it this kid has the guts to do that? The soldiers would try to scare him off by walking towards him. He fishes a stone from his pocket and pelts them. He would boldly pelt them with stones and chase them away from the street—they run away as children. The soldiers would think: of course, he must have had some older people behind him otherwise he wouldn’t do what he was doing.

Many people complained to Ustaz Omran and his father to reign over Omar less someone kills him. But nothing reigns on Omer. I once heard his father hopelessly say, “Batir Sheheed tu” he is a “walking martyr” an incident of martyrdom waiting to happen.

One time a squad of Torserawit held him and started to beat him up. The squad had two commandis member, one of them was a young soldier named Kidane (I wish he is alive and kicking, a good friend of mine) The two commandis interfered to stop them from beating up Omar, they confronted the Tor Serawit and their squad leader Sergeant Mokria. It got so serious they cocked their guns at each other. Kidane and his friend didn’t blink, and they managed to free Omer.

Kidane was transferred and taken off the squad; I met him a long time later. He asked me, “anta etti ambessa wedi, EEmer, abelo?” I said, “k em amelu, chasing tor serawit in the usual place.” Soon I left Keren, Omar, and Kidane. Omer is gone and I hope Kidane the best hoping he is still alive.

Girmay Kidane “Wedi Filipo”: This week we also lost Wedi Philipo, Girmay Kidane, the walking encyclopedia who inspired so many people. Girmay, despite his age and health, never stopped inspiring the justice camp, always advising, teaching, and narrating important milestones of our Eritrean struggle. I feel sorry I didn’t know him more except for a few conversations over the telephone. But I read all his articles, heard many of his speeches, and felt jealous on how he boldly narrated relevant history. Girmay was probably the most knowledgeable person who talked about the PFDJ “capo di capi”. That is because he knew him from their childhood days in Asmara, and he followed his activities through and through until he died. His views were helpful because he would relate Isaias’ present to his past in a convincing way. Girmay was sick for a short time and died in Italy—may he be accepted into paradise. Allah Yerhamu, Bselam Eref ayana Girmay.

The rest of us, may we inherit the characters of the two people I mentioned today: Omer Hassen Emran and Girmay Kidane Wedi Philipo. Their character is something we need to honor, and we have two traits to emulate: either be bold like Omar, or be truthful and honest like Girmay—the dictatorship in our beloved country has overstayed its time. It should be uprooted.

Born and raised in Keren, Eritrea, now a US citizen residing in California, Mr. Saleh “Gadi” Johar is founder and publisher of awate.com. Author of Miriam was Here, Of Kings and Bandits, and Simply Echoes. Saleh is acclaimed for his wealth of experience and knowledge in the history and politics of the Horn of Africa. A prominent public speaker and a researcher specializing on the Horn of Africa, he has given many distinguished lectures and participated in numerous seminars and conferences around the world. Activism Awate.com was founded by Saleh “Gadi” Johar and is administered by the Awate Team and a group of volunteers who serve as the website’s advisory committee. The mission of awate.com is to provide Eritreans and friends of Eritrea with information that is hidden by the Eritrean regime and its surrogates; to provide a platform for information dissemination and opinion sharing; to inspire Eritreans, to embolden them into taking action, and finally, to lay the groundwork for reconciliation whose pillars are the truth. Miriam Was Here This book that was launched on August 16, 2013, is based on true stories; in writing it, Saleh has interviewed dozens of victims and eye-witnesses of Human trafficking, Eritrea, human rights, forced labor.and researched hundreds of pages of materials. The novel describes the ordeal of a nation, its youth, women and parents. It focuses on violation of human rights of the citizens and a country whose youth have become victims of slave labor, human trafficking, hostage taking, and human organ harvesting--all a result of bad governance. The main character of the story is Miriam, a young Eritrean woman; her father Zerom Bahta Hadgembes, a veteran of the struggle who resides in America and her childhood friend Senay who wanted to marry her but ended up being conscripted. Kings and Bandits Saleh “Gadi” Johar tells a powerful story that is never told: that many "child warriors" to whom we are asked to offer sympathies befitting helpless victims and hostages are actually premature adults who have made a conscious decision to stand up against brutality and oppression, and actually deserve our admiration. And that many of those whom we instinctively feel sympathetic towards, like the Ethiopian king Emperor Haile Sellassie, were actually world-class tyrants whose transgressions would normally be cases in the World Court. Simply Echoes A collection of romantic, political observations and travel poems; a reflection of the euphoric years that followed Eritrean Independence in 1991.
Previous Egypt-Ethiopia: The Nile Water Crisis Resurfaces Again
Next PM Abiy Has “Innovative Projects” to Deport Asylum-Seekers 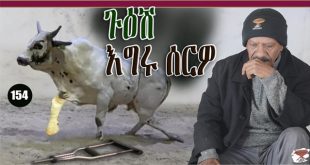