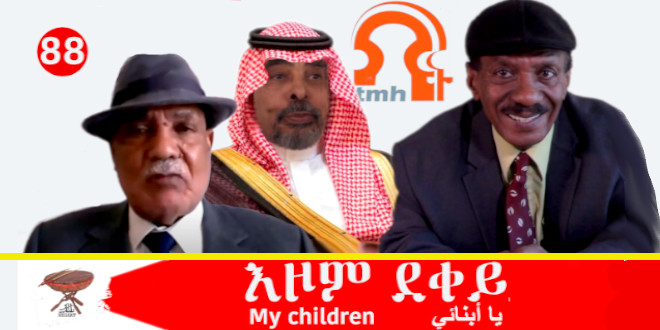 People in many countries have religions that are not very familiar to us like Christianity, or Islam, or Judaism. It’s not even the less familiar Hinduism or Buddhism. It’s called ancestral worship and we have many people who worship their ancestors.

Once I watched a documentary about New Guinea, where they mummify their ancestors and keep them preserved in a fetal position, inside caves and open-air cages, or in nearby huts. If a guest visits their home, it is respectful to bring out the dehydrated mummy of your ancestor and wave the bones to greet the guest with it, just like waving your hands.

In Mexico they have a tradition called Día de los Muertos in which they parade on the streets with colorful masks carrying effigies of the dead.

In Bolivia they bury the body but keep the skull and occasionally they carry it out during memorial days.

In Malagasy, in a day known as Famadihana when they open the burial crypts, (Gahsi), they turn the bones of their ancestors, then wrap them in fresh shrouds and parade carrying the bones in the streets. They write the names of the dead on the shrouds to keep their memories alive.

In Eritrea we had a yearly event called Id Almeyeteen where relatives of the dead sacrificed animals. It was a somber day where people fed the poor, and the neighborhood gathered for a meal followed by prayers for the soul of the ancestors.

In Abyssinians they do not bring out the bones because opening graves is a serious offense. But many invoke the names of their imaginary ancestors as consultants whenever they want to forcefully express their views—be it bigoted or racist. In recent times that has become more prevalent among a few. However, there is no ancestral philosophy, there is no memorable scientific achievement, no refined art, and no admirable architecture—just empty pride. An agricultural region, it has not even developed farming tools as the ones in use are similar to what they used 3000 years ago in Mesopotamia. However, there are so loud bragging about a few Obelisks and stalae from thousands of years ago, as if it was the most amazing structure that humanity ever built.

Unfortunately they are considered miracles though it’s just a primitive structure like hundreds of other structures strewn all over the world. And it is not exploited to create a vibrant tourist industry or attract visitors, but for empty gloating that instills a sense of an empty pride, and a tool to promote fascistic sentiments. When a culture has a few combative, racist, and bigoted people, it is impossible to grow a vibrant tourist industry. Still, history is politicized and considered a license to tell lies in order to justify an aggressive demeanor: “abotatna kem zbeluwo” or “abotanna kemzgeberwo,” and throw a few proverbs to make it sound exotic.

Our ancestral worshippers are still fighting an old war. They are infatuated by the chaos of living in the wars that their “ancestors” waged—as if it happened last week, as if saying, “our ancestors lived a violent life shedding blood, let’s follow on their footsteps”.

But it’s not all that gloomy past. For instance, St. Yared, has left a legacy of musical notes that unfortunately didn’t leave the confines of the church. Had that been spread among the people, instead of staying limited to the clergy, maybe some music genius would have been created.  Maybe the arts would have developed and inspired many aspects of life, like architecture. Not violence and instability.

Throughout history very few women waged wars, for example Zenoubia of Palmyra, Cleopatra of ancient Egypt, and Queen Yodit of Abyssinia. Yodit was enslaved as a young woman remained full of anger and wanted revenge—particularly against the clergy. Finally, she returned to her home, raised an army, revolted against the Axumite kingdom and destroyed Abyssinia.

But men! They have been behind all the mayhem in the world. In our region, there were the so-called Solomonic kings, who didn’t build a hut during the centuries they ruled the region. They just waged wars, invaded other people and destroyed every place they set foot on.

So, who inspired highway robbers and assassins? The ancestors, abowatom!

I wish the ancestor worshippers would assess their current state of affairs objectively, they might be humbled by the sad reality. Very few homes have toilets, running water, or sewage systems.

People should be able to critique their societies boldly; unless they do that, they could remain stuck in ancestral worship, in the primitive ages, while the world advances leaving them behind where catching up would be impossible.

A politically healthy nation can be stable and focuses on the wellbeing of the people. A politically corrupt nation moves nowhere but worships its ancestors and their way of life, ignoring modernity and development in all aspects of life. Those who are infatuated with ancestral worship are a hindrance in our attempt to break free from backwardness and instead look to the future. They have become a dead weight dragging us back to darkness.

Ancestor worshippers always submitted to servitude—they even had a supposedly wise saying, “znegese ngusna zbereqe tsaHaina.” Staying loyal to that destructive “wisdom” they submitted to brutal bullies and warlords. They were not inspired to fight for their freedom. They had no history of struggling for liberation but to replace one lord with another. Clinging to that culture has weakened our resolve to fight the current oppressive regime.

Every generation draws from the established culture and builds on it. Every generation should discard the crippling aspects of their culture and take it to a higher level of respecting life and working for the prosperity, peace and freedom of the people. Those who want to remain stuck in the stone ages because that’s how our ancestors lived, want societies to commit national suicide.

Therefore, we can overcome our difficulties and find a solution for them only if we admit our weaknesses and shortcoming.

Ancestral worshippers like to be defined by what they hate not by what they love. And we know hate kills the empathy and sympathy in one’s self before killing others. It’s said that empathy is caused by the environment where one grows, or by some sort of disease, or “physical or psychological damage and trauma related to an event.” Psychologists have a term associated with it: sociopathy and psychopathy. And we see that foolishly declared and displayed by many people.

But the current hardship has come to pass and the empty bravado of the ancestor worshippers will end. Eritreans are determined to fight the savagery and violence of the dark forces who thrive in murky waters. And murky waters have created (and are sustaining) the prevailing oppression in Eritrea. We have to stay focused and choose our fights. At this moment we have two fronts: the oppression at home and the forces of disarray who have sneaked in our ranks—and their enablers who are being exposed by the day. We will prevail, never give up. We will be victorious simply because we fight for freedom and life while they fight for subjugation and death. We fight for stability, peace, and liberation. They fight for instability, chaos and oppression. And it will be a hopeful and exhilarating dawn in Eritrea, the rooster never lies.