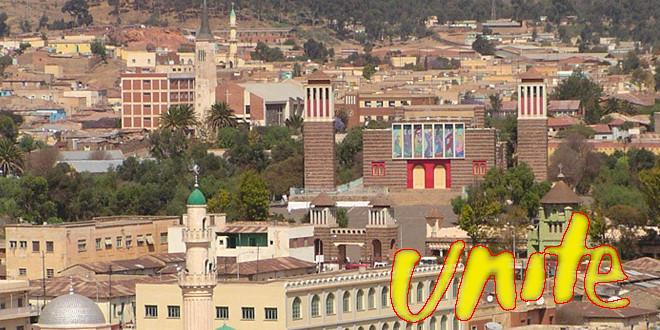 Recently a debate on the subject of the Arabic language caught my attention (on facebook presented by an facebook activist who expressed his views on his own behalf and perhaps on behalf of others. He was resolutely seeking a convincing answer to his question, so he hosted more than a person within a short period of time to confront them with the question.

Personally, as one of the stakeholders, I was not satisfied with any of the answers, due to uncertainty / accuracy, because certainty in general means, basing one’s view on a clear evidence. So I thought that I bear a portion of the responsibility to respond to often repeated question.

The answer to the questions:

I would like to say to those who are asking, (why lowlanders/ Muslims in Eritrea prefer Arabic rather than other local languages)? Arabic is one of the main languages in Eritrea, it’s an international language, it has been decided by the Eritrean assembly during theFederation era to be an official language beside Tigrinya. It is a social contract and lingua franca for the other ethnic groups. The citizens of the lowlands were using Arabic language in their commercial deals, various types of contracts, resolving disputes and corresponding with each other. So, it was not supplanted language but rather a choice of their volition. It has created harmony and serenity in the society. On the other hand, none of them used any other written language other than Arabic.

As Arabic is a language of one of the Eritrean ethnic groups (Rashaida), similar to Tigrinya; what prevents the other ethnic groups from choosing Arabic?! On the other hand, what is tempting them to choose Tigrinya instead of Arabic?

It’s illogical  for the other nine groups to use their mother tongues to communicate with each other. It’s not practical, as it generates cultural divergence and hampers communication among the them, while Arabic is highly needed. In addition the cost of preparing and printing school curriculums in nine languages ​​and assigning teachers to all them is prohibitive. Also, it’s difficult to employ nine people in every office in order to provide service to all groups equally.

To avoid this problem, the number of official languages must be reduced to the lowest possible number, and here comes the turn of society in choosing the most appropriate one for them.

The eight ethnic groups chose to relegate their own languages in favor of Arabic. There is no valid justification for any regime to impose upon the ethnic groups’ children to study in their own language, which they voluntarily put as second choice– from their perspective and farsightedness, if  not for excluding them from the job market when only  Tigrinya becomes dominant.

What confirms this is that the regime refused the children from the eight tribes/ethnics to study in Tigrinya language, which means keeping them away from competition in jobs for the benefit of the Tigrinya speakers.

The facebook activist also repeated the saying: (The most advocates of Arabic are Jaberti), and this is not true, because Jaberti may not mind the presence of Arabic, but they are more adhering to the Tigrinya, they only want to have an independent entity of Tigrinya not more, this is what I monitored from my direct follow-up and via social media.

Pushing Arabic language out from the stage is Premeditated, pre-planned strategy of the regime. Because, When the regime came to the issue of naming the ethnic groups, it attributed the group name to their languages, except for the Rashaida ethnic where the regime refrained from mentioning the language: Arabic. Conversely, when the Jaberti demanded to be identified with their own name, their requests was rejected on the pretext that their language is Tigrinya.

Do you see the double standard used by the system to give an advantage to one party over another?!!!

Since the intention is to clarify and explain out the argument with an argument, the response to the existing question is as follows:

Arabic has been the lingua franca and trade language between these ethnic  groups for centuries (before the Tigrinya connected to them), so they are linked to Arabic in the cultural, social, historical, commercial and religious, spheres.

Also, Arabic is a global language and keeping pace with scientific development, which helps in expanding knowledge and cultural awareness and it provides and easy communication with the people in our region.

As for the argument that Arabic is a language of religion, and that is why the Muslims choose it, firstly, there is no language in the world that is defined as a religious language. Secondly, Arabs are considered a minority within the world Muslim population of which they comprise less than the population of one non-Arab Muslim country: Indonesia. It’s not true to say Arabic is a religious language, because the majority of Islamic countries are not Arabs and do not use Arabic، which means, the reason for choosing Arabic is not dogmatic, but because of the desired benefits as mentioned above.

Thirdly, how about the millions of Arab Christians in Egypt, Lebanon, Syria, Iraq, Jordan, and Palestine who are worship in Arabic? Even the Eritrean & Ethiopian Orthodox Church was affiliated with the Coptic Church. And its Autocephalous was recognised by Shenouda III, Pope of the Coptic Orthodox Church of Alexandria, in 1994–a year after Eritrea gained its independence from Ethiopia. On June 19, 1994, Pope Shenouda III ordained five Eritrean high-ranking clergy as Bishops of the Eritrean Orthodox Tewahedo Church in Saint Mark’s Coptic Orthodox Cathedral in Cairo.

Finally, Non-Tigrinya speakers can also claim that the Tigrinya is a (religious) Christian language and does not suit them. So, logically each party should be left to decide in what language it conducts its religious affairs.

Note: The article is for those who rely on logic in their argument and accept the truth whenever exists, not to those who accept or reject it because of circumstances in their benefits.

I hope that I have delivered a convincing answer to the outstanding question.