Home / Articles / My Recurring Encounter With a Spade and an Eagle 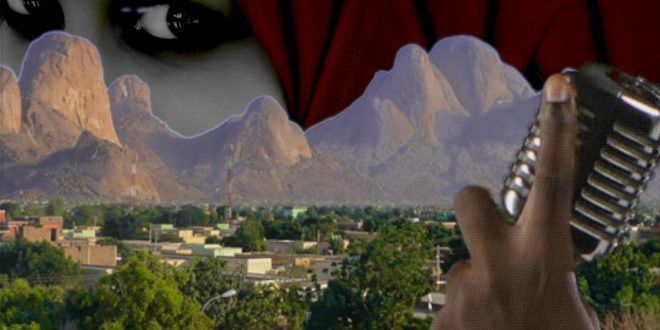 I was walking and enjoying the cold breeze on my face during the Christmas Holidays. I instinctively passed my right hand through my head and felt the thinning of my once bushy hair, then I shoved both my hands into my pockets and walked briskly.  I slipped and almost fell, but I quickly steadied myself and continued with my walk. And I remembered the coefficient of friction (mu or μ) from my physics classes. But I could not remember who first discovered it. I debated with myself if it was Guillaume Amonton or Da Vinci. A less likely scenario is Newton, I reasoned as it is about forces. But whoever discovered it, did he had a slipping and near falling experience, like the legend told about the falling apple that hit Newton on the head and made him wonder why the apple did not fall upwards. It was getting dark and cold so I headed home.

The coefficient of friction reminded me of my high schooldays when I was preparing for the G.C.E.  I went to our windowless library manned by Memhir Wedi Elfu. I recalled that he had reprimanded me for keeping the book of idioms longer. In that little book, I learned a few idiomatic expressions I hoped to use in my essays in the G.C.E. One of the idioms I learned was “to call a spade a spade”. I always wondered about the etymology of this expression as I do with many idioms, but to no avail. Ten years later, I would learn the origin of the expression by chance encounter in a book. It has a Greek origin. Like Achilles heels, aphrodisiac and Cassandra, call a spade a spade, too slipped into English lexicon from Greek.

Back at home, I did not load google to research the coefficient of friction discovery to settle the debate between myself, instead I fired YouTube and listened to Feven Tsegay’s tsruray song. I listened and I thought where was she when I needed her the most back in my high school days. I would have sang it to Laila or more aptly I would have recited the lyrics to her and it would have been perfect as Sudanese male singers usually refer to their girl as a male. A notion that baffled many an Eritrean. Then my least favorite part of the lyrics came on: shilla allo qolliba. Here we go again, the eagle is here.  I get it folks, the eagle symbolizes freedom and we are so envious of it when it soars to the clouds and given the century old Eritrean yearning for freedom, it is understandable. Yet neither could I underhand nor stand the eagle that pops up in almost every Tigrinya song in one form an other. So I stopped my favorite song, especially the part that goes: “relax by my side and surf in the surging waves of my love”

I thought I should listen to Alex Kahsai to ease the trauma of the eagle that keeps stalking me. And I blamed my friend Saleh Younis for not introducing me to Alex kahsai’s song amarier back then. The Nigerian outfit would have been perfect. I would have donned a white one and stood on the bridge that connects Kassala to the Nigerian neighborhood and recite amarier endiye, amarie.  But I quickly got over my blame as I understood my friend had his own challenge. He too, was smitten. Smitten by Adel Imman’s comedy, the witness who saw nothing. Or enjoying the pinnacle of the Yosemite. But then, the eagle came on and Alex crooned: ammora do shilla koynne kmetsaki nefirre.  So I stopped Alex.

Then I remembered the unsang Tigrayit singer who had come to my rescue long time ago and I hoped he would do it again and allay my angst of the eagle. So I searched for Mussa Saleh, Laila’s favorite. I had once referred to him as chegg (fara) when I heard him sing, Mussa Saleh albab jareh: Mussa Saleh the heart breaker. But he grew in me as the beloved loved him. So I listened to him, but this time he let me down. I listened to his skaab abba libye. I kept listening until I heard she will fly like eagle. So I shut him down.

It was a hot, humid July day and Laila was under the weather, so I bought grapefruit and bananas and visited her.

Laila laughed. “You could not even give me the Common mistakes in English book let alone your eyes, wo hasset.”

“I only have one Common Mistakes in English book, but I do have two eyes,” I said.

I had heard Mussa Saleh would be playing in a party and I sang to her:

My heart refused to sleep at night

Her love made me insomniac

When I spill my heart, she tells me she does not believe me

Nostalgia made me a night wandered and

Love made me fatigued during the day

When will I get back the heart that your stole

Jokes and entertainment do not interest me

I have no friends except cigarettes and alcohol

But she was not laughing at my inability to carry a tune, that was an established fact. She was laughing at the irony of being friends with cigarettes and alcohol, as she knew my repulsion against both.

“You know he is playing tonight,” I said.

“No problem we can ride my bike and get back quickly.”

Her fingers touched her lips. “garye.”

She could not resist and later that night we rode under the cover of the dusk and sand storm and listened to Mussa Saleh sing skaab abba libye, the song I butchered but whose lyrics I recited verbatim.

The Viber ring jolted me out of my reverie and brought me to the real world of snow, slipping and shivering. It was a relative who called me to wish me happy holidays. I asked after his health and his immigration process and if he got a reply from the USA immigration on his appeal. He said that he had, but they did not tell him exactly why they rejected him, netti badella, badella zeymballom eyu ember: they are not calling the spade a spade.” Oh, now the spade recurred again in my life.

If the ring tone jolted me out of memory lane, the call a spade a spade in Tigrinya jolted me physically from the chair I was sitting on.

After I hang up, I thought about an other expression I learned in the same little book: white elephant (tsaada harmaz). This brings me to the war of 1998. Although the Woyane entered the war as tahteway kelbi (underdog) they managed to occupy Badme for 20 years.

A days ago, I was watching a rerun of the show jeopardy and Alex Trebek read the question: “a farming tool with long handle “. I replied, which is a hoe.” The all time winner, Ken Jennings also replied, “what is a hoe”.

“No, what is a spade” Alex Trebek corrected him. I briefly thought about the expression I learned decades ago and soon forgot about it.

But am talking about the calf that perished last year (ami zmotte mirrakh) as my friend Saleh Younis has extensively written about this subject, but as the old Tigrinya adage goes ngual tehatsiki ngrat dimma tetsahki bella (engagement makes a girl happy and weeding out makes a garden merry).