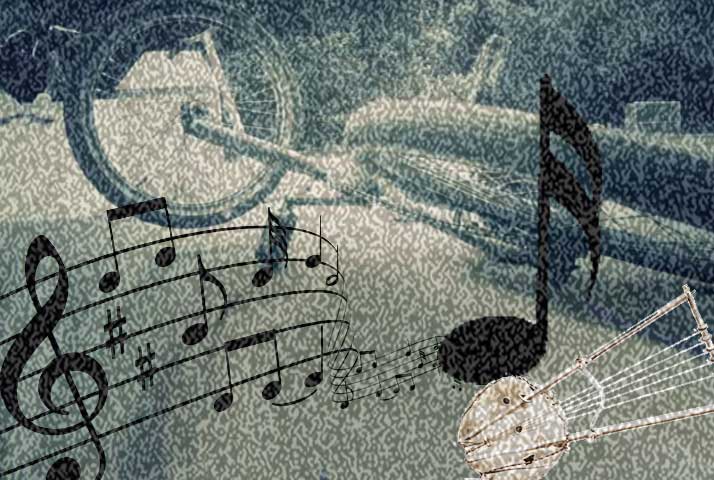 “Music is a divine gift” it’s said, that might be for its ability to communicate emotions. Music can make you feel sad, happy, angry, passionate, hopeful… This is why we tend to listen to a specific song when we are in a certain mood. Like taste and smell music is also part of our memories, this is why when we hear a song after a very long time, it triggers a vivid memory of where we were, with whom and how we felt when we heard that same song long ago. However, unlike literature it is impossible to scrutinize music, we can never tell if “happy” as an emotion translates into “F” or “D” in musical notes. Therefore, we can only judge how we experience music, what is known as musical aesthetics. Discussing the aesthetics of a song might include; structure, lyrics, harmony … it still remains a subjective judgment that has a lot to do with the listener and their experience of the song or piece of music rather than the piece itself. The topic intended for discussion here within is the latest song titled”Bahgi’Leni“, a duet sang by the living legend Abrar Osman and the talented Fitsum Beraki, the latter is responsible for both lyrics and melody.

In the Tigrinya-English dictionary the word Bahgi translates to; desire, aspirations, longing and fancy. For any Tigrinya speaker though, it’s a word that encompasses all the four above mentioned English nouns in one. It is describing something one desires fancily, aspirationally longing for, to translate it to a ”wish” is to simplify the meaning of the word and its linguistic gravitas. Keeping that in mind, for the purpose of this write up, Bahgi is understood to mean a dream, which translates the whole title Bahgi’Leni to mean; I have a dream.

Dreams are aspirations we hold very close to our hearts. There are many societies and nations that are built on dreams. America is one such country “… Life, Liberty and the Pursuit of Happiness” is at the heart of its Declaration of Independence. To the contrary Eritrea has become the burial ground of dreams and dreamers alike, it is so much so that the best form of protest as an Eritrean is to actually dare to dream and believe in one’s dream. This is exactly what the lyrics of Bahgi’Leni communicate as the voices of the duo convey it soothingly. The preciseness of the lyrics can be felt in the way the words are placed where they were intended much as a painter places her brushstrokes at specific spot for a reason. Similarly, which of the duo would sing which line is thoughtfully and skilfully arranged. No word here is to just fill a gap nor to forcibly fit in with the melody. On the onset, we are presented with their individual dream, where Abrar begins singing “selam ‘ab hiwetey, Awet ‘ab mengedey – KbeSHo tmnitey” and Fitsum harmoniously follow with “ya’A zbl zeybley, K’Andr kem lbey – ‘ab rubay golgoley” both opening lines set the stage for a social commentary. In which listeners can readily surmise of one generation dreaming for peace in their life time, the younger generation wanting to live life without any restraints.

At this point we think they have two different dreams they would like to fulfil. They both continue asking, stating and pleading with their world “Hray do?” In this asking part, they want their dreams to be accepted by their surroundings. Next comes “Hray’do Alemey Hray’do!” In this stating part, they seem to not care if their environment accepts it or not, they will dream anyways. Finally, comes “alemey belni Hraye.” In this pleading part, they appear to pleas to their world to allow them to dream and have their dreams be fulfilled. In a way, it’s also asking for life to change your luck, your story, it’s asking life to allow you to tell a different story than the one you are currently being a helpless actor in. At the same time, telling life, that “I” will make it in spite of the obstacle you present. ” selamka selamey – bahgKa dlietey, natka’ye wegeney” this is when it’s really clear to us that all along it is one and the same dream. Throughout the song they confirm to us that they believe in their dream, they assure us that it is attainable, but not without a struggle “bahgey teQales’ala, Cnqey tetenfs’ala”, we also learn that this dream is about the simple things in life ”..wefire bietey kmlesa”. But, then, the pivot of the dream begins to transform toward the listeners. At this point their dream becomes ours too as they go on telling us that it is not going anywhere “aynu kefitu lalay, bahgey kzenb kem’may” one day it will certainly be fulfilled “wala ynwaH Ewan Hanti mealti’ala”. There is rhyme and reason to this madness they seem to suggest. The hope, the wish, and the dream carries with it certain apparent path.

There is a formula on how to achieve this vivid dream “fatli fiHska gemed, fQri reriKa snit, tesfa seniQka Tsnaat” the components of which demand dedication, hard work and above all a belief in achieving the dream; if all provided, both singers echo “ybSaH’yu tmnit”. The language chosen is exquisitely full of depth, furthermore it uses the pains and aches of our society to uplift and give hope. Listening to a line like “men’yu ‘mo nSa’Eri kemaye, zwqa’E quslu keyHaweye” or another line “habni T’um Klamedo, yeaKleni nabra zendo zendo” and a few more lines like these carefully planted, one might get a lump in the throat but soon feel that it’s not burdening. In fact, what this does is create a sense of recognition and an urge to believe that in spite of all the pain there is enough reason to dream and have faith. Only a genius in his artistic craft is able to create anything positive and uplifting in our current situation without leaning on nostalgia and an arrogant sense of patriotism.  The lyrics are simple, beautiful yet full of depth.

The structure of the music is done so that the dirb section is longer than usual, heaven for the guayla loving crowds. You will shake your shoulders joyfully lest you takeoff flying. Being one of those people that wish a meeting between Léon Theremin and Henry Cowell never ever took place back in the 1930s and that the Argentinean group Roy Vedas – Fragments of Life never released in 1998. Just feel they should have given those dates a pass. The first two responsible for creating the world’s first Rhythmicon AKA drum machine, Cowell making the order for one to be made by Theremin. Roy Vedas were the first ever to use auto-tune in music and the rest is our horrifying present. The automatization of the drums set the stage for what we see in the music world today. It is inevitable that such inventions affect traditional music as well as contemporary ones, which makes it very hard to listen to and discuss Eritrean music at the level of creativity and ingenuity. Because how can you? Hope is not lost, the soulful melody, well thought lyrics, the harmony of the duo and (for me) the amazing video clip do makeup for the drum machine invasion. Noticing Fitsum’s earlier music one can’t escape the fact that he almost always tries to incorporate the forgotten classical or rarely used Tigrinya rhythms and styles in his work, I feel he did it here too but I had difficulty to pinpoint it this time. It might be from Abrar’s own style of music too? All in all it works.

The music video is a mix between narrative and abstract filming styles. In the opening frame, there is a fallen bicycle with the wheel still moving, then you see some young boys in a concrete environment. That’s when the two singers appear in green fields, in the middle of the road. Very quickly it’s established that the singing duo and the kids are in two separate worlds, two separate state of minds. The singers themselves are from two different generations, with different journeys yet they are both now on the fields in the middle of the road. The kids are from a much younger generation to the singers, carefree trying to play but it’s not a smooth playtime. Two of the boys playing basketball against each other but both of them wearing the same ”Ibiza 69” jerseys, same team making life hard for one another. Every time the boys aim for the basket, none of them score. The one boy riding the bicycle peddling forward but it goes backwards. The only little girl in the video, plays alone with the ball standing firmly but then all of a sudden, we see her trying to do cartwheel that also goes backwards. Boomerang much you might think? As with the lyrics though, every move here too is carefully thought after. The singers are now in a nice small green place with waterfall but there is distance between them, can the distance be bridged by their common dream? The kids finish a not so fun day at the playground and we see them in the same green fields as the singers but never sharing screen. In the final scene we see both singers jumping maybe taking a leap of faith while holding hand. While the credits roll, we see both of them disappearing walking away from us towards the light at the end of the narrow road. We are left to believe that the distance between them is no more. A delicate way to address our generational lack of genuine cooperation and unity. There is a young generation waiting to reap what we sow. Enhanced audio sync and cinematography would have elevated the clips purpose. The real stars of this music video are the kids!