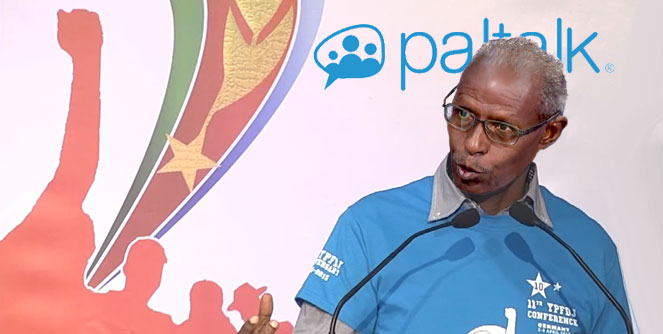 Gedab News learned that the PFDJ has devised “a new strategy to combat media that sheds a negative light on Eritrea.” In its statements and general messages, the ruling party often equates itself with Eritrea.

Building on the trolling cooperation that it cemented with Saudi Arabia and UAE, the Eritrean government has created a task force within its many affiliate organizations in the Diaspora.

The strategy involves a bi-monthly directive by Yemane Gebreab, the political advisor to the president, through Paltalk sessions where the operatives of several PFDJ affiliate groups attend. Gedab News has received copies of the internal communications. As of today, awate.com is still verifying and cross-checking the information for accuracy.

Growing objections and misgivings inside Eritrea as well as in the Diaspora regarding the Eritrean alliance with Saudi Arabia and the UAE on the aggression on Yemen has aggravated the PFDJ support base.

The widespread dissatisfactions, which presumably led to the leaking of internal documents last week, was intensified by Eritrea’s seemingly offhanded rejection of the new Ethiopian Prime minister, Abiy Ahmed, overture to improve the relationship between the two countries.

The new media campaign, a repeat of its campaign known as “Mekhete” which it launched to combat the opposition to its policies after the Ethiopian-Eritrean border war and subsequent arrest of the G15, is believed to be an attempt to mitigate the confusions its policy has created among its baffled supporters in the Diaspora.

In the session of last Sunday, Yemane described “all the sources of the negative media” regarding the involvement in Yemen and gave talking points on how to combat it.