Posted on February 21, 2013 by Semere T Habtemariam in Perspective 32 Comments 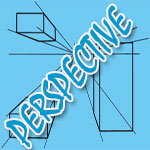 Nothing sours the mood of dictators like the appearance of not being in control. A total loss of control is preferable just as a quick death is to a slow death. According to the logic of dictators the fear of government is the beginning of security. History amply attests that when fear is eliminated, dictatorial regimes fall like house of cards. The significance of January 21st is, therefore, two folds: First, it has, like a raging winter torrent, eroded the fear which had crippled many otherwise brave and good Eritreans; and, Second, and more importantly, it has instilled fear on the regime which cannot be easily shaken off. The incident, beyond any reasonable doubt, has dealt a serious blow to the image of the regime. Eritrean “residents”—not citizens according to the regime—who were expected to gawk in fear and stay away from the affairs of the state took action which has proven to be very inspiring and empowering. This is just the beginning and there lies a national problem which can only be solved with the eventual demise of the regime.

Dictators never throw in the towel and there is one thing we can always rely on: the regime will escalate its crackdown on real and imagined dissidents and wreak havoc on the country. It will revert to its viral state and accuse them of sectarianism and parochialism. It is a forgone conclusion that nothing good will ever come from this regime; it has outlived its usefulness. The challenge is to find a balanced way which will expedite its downfall and minimize the damage it is bound to incur on the country. Knowing the inevitable, how do we then, in the now-timely words of Abdurrahman Syed provide a “soft landing?” How do we become part of the solution; avoid the unmanageable and manage the unavoidable? Things have changed and the changes are favorable to the opposition. It is no longer wise to ask people why they oppose the regime; that is self-evident. But, at the same time, people are not flocking to the opposition to be organized. There is a disconnect that deserves our attention.

We cannot be part of the solution if we fail to take stock of our past and current affairs. Not looking back at our past is like not looking back at the rear-view mirror when driving; the likelihood of accidents is much higher. Defensive driving is the solution if we are to avoid the pitfalls of the past which unfailingly unfold in the present. Knowingly or not, many people in the opposition have played a destructive role in rendering the movement disunited, disoriented and ineffective and it is time they do some soul-searching. Their strategy was inherently flawed for it was not Eritrea-centric. National responsibility was unabashedly outsourced. It was a manifestation of how little they believed in themselves and in the power of their ideas. A small group of our Armed Forces have set the priorities right and some have paid for it with their life. The best way to honor the likes of “Wedi Ali” is to honor those priorities and collaborate with those inside the country to achieve the objectives many of our best men and women died for.

We need to confront our realities and reassess them accordingly. It is a shame how detached and out of touch we’ve grown from our own people and country in a short span of a generation or two. None of us seem to know what has transpired on January 21st and, more importantly, on the events which had led to it. The Diaspora based opposition was totally caught off-guard. But this was not unexpected for the opposition had always suffered from misplaced priorities. Many in the opposition did not even believe in the almost scientific-like rule that change will come from within. It is, indeed, inspiring as well as disconcerting to see the same people who had been preaching that our salvation could only come from the-south-of-the-border now praising the “Forto” event. The idea of let’s “be relevant by building a bridge to Asmera” and “our enemy is the regime and not everyone serving it” had been ridiculed by a lot in the opposition. Forto has redeemed those of us who had not wavered from the fundamental belief in the ability of our people to effect change. The new converts should be welcomed but a slight sense of regret and acknowledgement of mistakes on their part should clear the way for a genuine reconciliation. We shall prepare a feast for the Prodigal Sons if they have learned from their wrong ways, beliefs and misplaced priorities. This is the stuff unity and reconciliation is made of.

But, one thing is clear. We cannot reconcile the various parties, organizations and individuals that espouse divergent and contradictory strategies and ideas. Those who believe in the coming together of like-minded people should start working together immediately. Time is of the essence. We have squandered precious resources on attacking and counter attacking each other. Forto has crystalized what the most pressing issues are, even for the people inside Eritrea: the implementation of the constitution and the release of political prisoners. These are two fundamental objectives for which most of the civil society organizations and some political parties were established to work on. Forto has given us the opportunity to go back to the basics to reconfirm our commitment to these principles of struggle. Those of us, political parties, civic organizations and individuals who subscribe to these objectives and see our role as catalysts of change inside the country should come together. The new favorable political development inside the country is for the opposition to lose and for the regime to win. The wind of change is blowing in the right direction and the tipping point is almost here if we can just marshal our resources and focus on issues that matter to the greater majority of the Eritrean people.

There is an urgent need among all of us for a cause for unity: unity of purpose, inspired by the power of ideas which transcend all petty and parochial differences. Our ineffectiveness and irrelevancy has heightened the awareness that a prod of ideological purity and strategy is needed. Like-minded people must come together for a common cause. The message of the Diaspora opposition to those inside Eritrea should be, “Don’t start the next Forto revolution without us.” The opposition inside Eritrea must know who their genuine partners are in the Diaspora. We, the Diaspora, need to provide them legitimate leaders they can count on; that is the least we should do when people are putting their lives on the line.

P.S. You can read a Tigrinya poem I wrote on the subject on my FB: