Posted on June 4, 2018 by Yohannes Zerai in Reflections 69 Comments 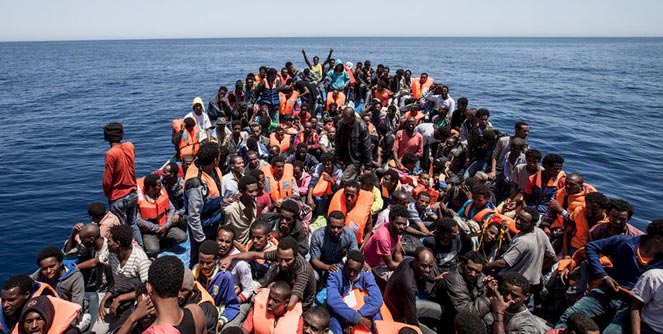 Human societies owe their perpetuity to the dynamic process of generational succession in which societal legacy is handed down from one generation to the next often seamlessly and imperceptibly. The legacy that gets transmitted down the generations by this ‘passing-the-baton’ type process encompasses the universal societal attributes of culture, tradition, history, values and beliefs, social attitudes, political thinking, and others. Each generation is, in its time, a custodian of society and plays a dual role of ensuring its continuity and sustaining its dynamism.

As its first role, an existing generation inherits the legacy of previous generations and, in due course, hands it down to a successor generation. Its second role comprises developing ideas and undertaking activities required for survival and progress and which may end up changing, modifying, adding to or discarding from the varied attributes of society. Indeed, the sociopolitical makeup of a society at any given moment in its history results from an amalgamation of its inherited legacy with the new ideas, attitudes and tendencies contributed by its current generation. It is such contributions of each generation that make the progression of society a dynamic process. They together with changes caused by extra-societal factors (i.e., external forces and forces of nature) combine to bring about an advancement, regression or even disruption of society.

Eritrean society is presently undergoing such disruption in consequence of government’s systematic persecution and enslavement of the country’s youth and the exodus of young people it has engendered. Pessimists and the wicked see these conditions as leading to irrevocable population dispersal that is destined to culminate in the obsolescence of the nation-state and the extinction of Eritrean identity. Contrastingly, rational minds view the present sociopolitical crisis as a dire, but passing phenomenon which will induce political, social and spiritual renewal of  Eritrean society thereby transforming it into a humbled, stable, wiser and kinder society at peace with itself and the world.

The political environment and social conditions that the government engineered in the country has had the effect of virtually disassociating the young and old generations of Eritrean society. Its strategy has been to keep the youth away from towns/cities and dispersed in small encampments throughout the country’s rural areas under the watchful presence of the military. In so doing, the regime effectively wrests from parents (and the broader society) control of their children and the critical role of providing guidance in their children’s transition to adulthood. As a result, the natural process by which society imparts its values, beliefs and standards to its youth is supplanted by the regime’s manipulative agenda of infusing the young minds in its control with the notions of subservience, mistrust, suspicion and parochialism.

This article will highlight just those aspects of Eritrea’s ‘youth crisis’ that enlighten on the present circumstances of the young generation and hint at the role they are likely to play in shaping the country’s future. In what follows, “young generation” is to be understood as comprising citizens who were born and/or came of age after the country’s independence, hence as being coincident with the nation’s under-40 age group.

A. Life under Tyranny: For Eritrea’s young generation, life is filled with fear and uncertainty about the present and the future. High school students are forced to participate in government-mandated summer work programs which consume valuable time they would better spend with their families or in pursuit of other interests. Upon finishing their junior year, they are virtually removed from society and banished to Sawa Military Camp ostensibly to complete their final year, but actually to be press-ganged into a uniquely harsh military training program. Completion of training finally ushers them into an indefinite period of servitude in the form of forcible conscription in the army.

Deployment to military outposts and assignment to forced-labor project sites bring young conscripts face to face with the regime’s brutality. Repression and abuse they experience there provide them with a basis both for building solidarity among themselves and for galvanizing their resentment against the regime. Their consignment to a world of cruelty and treachery persuades them to base friendship, trust and loyalty on life experiences shared in the “trenches of war”;  not on commonality of such inherently sectarian attributes as ethnicity, region and religion.

Overcoming fear, some break free from the shackles of tyranny by fleeing the country and using illegal-migration schemes to reach Europe and the Middle East. Those who cannot afford the financial and social costs of illegal migration remain in the country with some deciding to, at least for now, lay low and submit to the regime’s diktat. Others defy the system by engaging in random desertions/ abscondements which provoke frantic police searches, raids, roundups and arrests followed by such cruel punishments as indefinite detention, torture and even execution.

B. Horrors of gang-organized migration: The savagery of ‘refugee predators’ (i.e., traffickers, smugglers, kidnappers), the dangers of migration routes and the harshness of forces of nature that accompany the typical trek are beyond levels that most human beings can endure. The ‘lucky’ ones among the refugees manage to pull through the torments of their tragic odyssey but are not spared the agony of helplessly watching many of their friends and loved ones perish. The resulting humiliation, pain, and suffering take a heavy toll on survivors’ confidence and physical being while leaving them scarred with emotional and psychological trauma.

Sadly, refugees’ troubles persist even after they reach countries of asylum where settling in and starting a new life is neither immediate nor easy. Most encounter a reality far removed from their expectations: They grapple with crippling language barriers, culture shock, and feelings of uncertainty, inadequacy and helplessness that come with being at the mercy of strangers.

Forced to swim through life full of adversities and tragedies, Eritrea’s young generation everywhere are able to survive only through sheer individual courage and unshakeable group solidarity. The totality of this tremendous human experience has played a dominant role in shaping that generation’s social character and political thinking.

A. Social bonding: The greatest asset of Eritrea’s youth is the strong bond of common identity and solidarity that they forge among themselves during their initial experience under brutal tyranny at home and their subsequent harrowing odyssey in search of human freedom. It is this social bonding that has sustained the young generation through nearly two decades of unrelenting misery inflicted successively by a series of evil forces, domestic and foreign.

Social bonding affords them a means with which to defend against manipulations and intrigues of inimical forces. Indeed, it is this very asset that blunted the well-funded campaign which internal and external enemies of the Eritrean people have been waging for years to sow division among exiled youth on the basis of ethnicity, region, religion, etc. The same enemies lately tried to create a public perception of a fragmented refugee population by seizing upon altercations that the latter were reported to have been involved in at social events in the Netherlands, Switzerland, Israel, etc. But, authorities and professionals in those countries have characterized the run-ins as spontaneous, alcohol-fueled brawls attributable to the refugees’ deep-seated traumatic experience and their frustration with their present situations in host countries. Never mind the incendiary sectarianism that enemy forces and their hired Eritrean agents have been propagating through social media channels and Paltalk rooms in the guise of “feuding Eritrean youth factions”!

B. New Political Alignment: Eritrean refugees have endured painful ordeals and their situation in host countries remains precarious. Yet, diaspora communities have largely failed to reach out to them and support efforts at rehabilitating their trauma and helping them start a new life. In particular, political groups have exerted little effort to draw young exiles into the opposition fold or to popularize their values and worldview among the successor generation.

On their part, young refugees have shown little enthusiasm to inherit the legacy of an old generation they very much resent for having ‘helped to bring’ a political system that revels in persecuting and enslaving its youth. Having had their physical and mental endurance tested by agonizing ordeals, the young generation believe they have what it takes to articulate a clear vision of their future and that of their country. In a broader context, therefore, Eritrea’s present crisis is essentially a contention between an old generation reluctant to relinquish center stage in the country’s socio-political life and a young generation eager to try out new ideas and strategies of taking the country to a better future.

Nothing exemplifies the political disconnect between the two generations better than the controversy over visits to Eritrea by young refugees. Once they settle into life in their host countries and save enough money, some refugees travel back home to see friends and loved ones they missed, visit a homeland they were forced to flee and reclaim emotionally the normal adolescence they never had. This mission is so important to them that they are willing to suppress their hatred of the regime, sign government’s “regret form” and pay diaspora tax in order to accomplish it. Sadly, the profound sense of identity and social affinity that drive this mission are completely lost to most of the old guard who simplistically accuses the refugees of “capitulating” to the regime!

What many fail to understand is that, on account of that mission, young exiles are tuned in to the country’s realities and to its people in ways that the isolationist and/or conformist older exiles cannot claim about themselves. Armed with a strong sense of identity, a spirit of solidarity and wholehearted embrace of their diversity, these young exiles – along with their compatriots at home – will soon consolidate themselves into a formidable political force which will play its legitimate societal role of charting the country’s political future under a common destiny and in the best interest of their people.