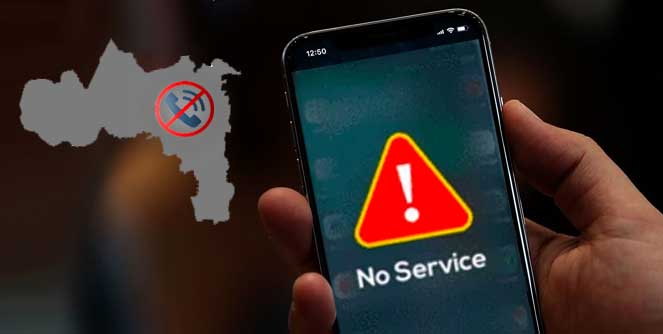 News coming from Ethiopia indicate that communications to Tigray was blocked since yesterday evening. It’s unclear whether the disconnection is due to technical problems and temporary, or a security and political decision.

Until today, only the western part of Tigrai has telephone connections through the Amhara region.

The government has been posting its version of news some which it removed shortly after it was posted. However, removing some news after it spread enough didn’t solve the confusion or false perception it has created.

In a telephone conversation this morning, a social media outlet manager said, “the government wants to monopolize the flow of information and it is doing all it can to stop narrations that contradict with its propaganda.”

Meantime, over the last three days bigoted news targeting Eritrean Muslims has been spreading on social media through a person who works for a private satellite station. The rumors claim that Muslims make the majority of the Eritrean army and “the Muslims with cheek scars are brutally killing Tigrayans.”

Though many Eritreans have check scars, which is not common anymore, the targeted people are the Beni Amer tribes of Western Eritrea and Eastern Sudan.

So far, neither the Eritrean government nor the federal Ethiopian government has issued a statement against the campaign that has a potential of inciting a regional religious conflict.

An observer said, “most probably, the elite of the fighting sides are spreading the rumor to see the people preoccupied with infighting while they pursue their war and reckless adventure.”

The rumors have enraged many Diaspora Eritreans.

There are also similar risky rumors spreading in Tigray and other parts of Ethiopia against Eritrean refugees, particularly in the Tigrai region. Around 300,000 Eritreans live in all parts of Ethiopia; most of them have sought refuge after escaping from the oppressive Eritrean government.

During the recent war, most of the camps that housed the Eritrean refugees in Tigrai were set on fire and only ashes remain to show where the huts and tents stood. After the war erupted last November, some of the refugees escaped to every direction to save their lives while others were rounded up by the invading forces who transported them back to Eritrea. Many were killed in the war and many others are still unaccounted for.

Recently some refugees have returned to May Ayni and Adi Harish camps which have watchful eyes of the UN agencies or other entities. In the last few days, the humanitarian agencies distributed some food aid to the refugees. The personnel of the agencies visit the camps during the daytime and leave for the nights.

Meanwhile, the refugees are living in fear from unknown people who threaten them saying, “you will pay for what the Eritrea forces are doing to Tigrayans.”